Home Home Where Will Home Automation Lead Us In 2022?

Home automation, while still relatively new, has taken leaps and bounds in the last few years as it has changed how we interact with our home surroundings.

Our expectations are that the HVAC will be precisely at the correct temperature range when we arrive home in the evening, that our keyless entry means we never need to remember a spare set of keys, and that at precisely at sunset each night, our living room plugs will turn the lights on so our home never really goes dark. While we might not take these things for granted, we certainly are reliant on them.

When you think of home automation technology, your first thought might not be that it helps to improve the appearance of your decor, right? The reality is though that a blue-hued light, that looks fine when paired with sunlight streaming in through the window, has a very different effect on your surroundings at night, and appears relatively harsh. A yellow-hued light after the sun has set has a warming effect.

Multiple studies have been done to support the theory that blue light has a direct effect on your ability to fall quickly to sleep, while red light helps your body calm down.  Harvard Health Publishing notes in an article, “While the light of any kind can suppress the secretion of melatonin, blue light at night does so more powerfully.” According to MidNite, melatonin is a hormone that occurs naturally in your body to help regulate your sleep patterns.

So, could home automation help with that? Absolutely! Recently Philips added an additional option to their home automation bulbs: the Philips Hue series, which can be turned in various colors to best suit the room of the mood at any given time. Paired with Zigbee, you have full control of changing the hue of the room via either voice or the Philips app.

Have you ever wanted to watch a movie with dim purple lights to match the coloring of the movie? What about on a cloudy day: would you rather have some bright white to make it feel sunnier inside? Philips Hue can help you do just that. 2022 will likely see other color-enhancing bulbs coming to the home automation market.

One idea of where home automation will reach is remedying the issue of dead spots in places like multi-story homes without having wireless extenders. Z-wave signal strength is directly affected by resistance and distance, so while it’s a great option for a one-story, relatively small or open-floor-plan home, it does run into issues in larger homes or those with concrete building materials. What’s an ideal remedy to this, instead of having multiple wireless extenders?

The Zwave, which is becoming opensource, requires a listener and repeater when extending, so in multi-story homes, there is a heavy reliance on multiple extenders. One way that this could be remedied is something that feels a bit antiquated: a wired extender solution, rather than a wireless mesh concept. When looking at a long distance, something like a Multimedia over Coax Alliance (or MoCA) repeater over Ethernet might be something coming to market to help reduce the need for repeat extenders, according to digitalhomemag.co.uk. This would use the ethernet already installed in homes, but the issue of trust and security could pose issues. However, as Z-wave is already relatively low security, it might prove to be an option for long-distance extending. Since multi-story homes do tend to have issues with z-wave range, this might future proof range issues by building it in directly.

Smarter than Us? Not quite yet

SmartThigns by Samsung has limitless options. Installing motion detectors in various rooms can be linked directly to lights, as an example, so that when the room is empty of people, the lights automatically dim. This obviously needs to be programmed by you, so while SmartThings might be smart home automation, it’s not yet smarter than us.

Want to wake up gently every morning instead of listening to a blaring alarm clock? More devices are coming onto the market in 2022 that allow users to set their lights to slowly turn brighter over a set amount of time. Home automation is no longer just keyless entry and pre-programmed thermostats. Today, there is a variety of options, from being notified when a window is left open, to alerts that someone may have stopped by your home.

Home automation set-up can be a little daunting sometimes.

Initially, adding a device might seem easy, but instead, you might find yourself needing some hand-holding the first few times. While the benefits of home automation are fantastic, the reality is that sometimes home automation set up and updating of the devices can feel clunky, especially when you’re required to use more than one app just to get it to connect and function.

We may be seeing a lot more integrative applications to help with updating and adding devices to make home automation smoother and more cohesive. Gone are the days that home automation is only for the techiest of people. Now, it’s for the every man and woman, and with that, companies are likely to invest time in digital home magazine and how home automation functions within applications with revamps of interfaces. With people integrating both Z-wave and Zigbee simultaneously in homes and offices, there is more push for apps to integrate seamlessly with a variety of home automation devices.

Home automation will continue to evolve, with its multitude of benefits including environmental, energy efficiency, and an overall improvement in the quality of life.

The sheer convenience of home automation is proof enough that brands will continue to evolve new systems, devices, and applications. In the future, we will undoubtedly see home automation becoming more “business” automation as we see a rise in uses such as health care, apartment and large residential buildings, and even in food and the restaurant business. Home automation has come a massive way in the last several years, and it will continue to grow as innovative minds find more uses and ways to integrate it into daily lives. 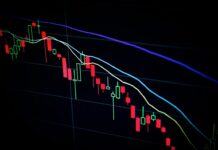 How to Capitalize on Crypto Market Crashes and Liquidations 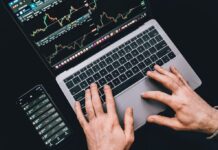 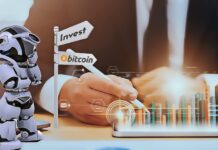 3 Tips for Understanding How Do Bitcoin Robots Work – 2022 Guide 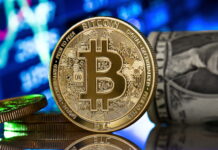 Bitcoin – Largest Cryptocurrency in the Market in 2022 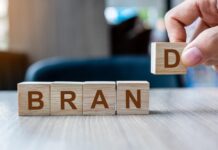 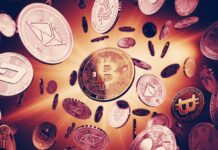 Does Bitcoin Affect Other Cryptocurrencies And How?