You’ll be surprised by all the new amazing possibilities VR brings to online dating. We present to you some of the best things that could be heading your way.

Recently, a dating site naughtydate.com shared the possibilities of what new VR technology could do for online dating. Surprisingly, there are a few things that can innovate how we date online and completely transform how we interact with one another romantically and remotely.

What Can We Do With VR Technology?

VR has been out for a number of years now and the technology is improving all the time. Video games are becoming more immersive as developers understand how to optimize their games for the platform and new virtual experiences are opening up all the time. You can now have a virtual tour of different cities as well as play games with a VR headset.

Most VR headsets – especially decent ones – still have a lot of cables and connections to them which can make it a bit more difficult to be immersed in what you’re doing. However, the technology is becoming more streamlined all the time.

Instead of using video, dating sites may begin to institute VR technology to allow people to interact in a much more human way. As the technology expands and is built upon, the possibilities for interactive human projection become a lot more prevalent.

One technology, which is similar to VR but not quite, is the HoloLens. This actually creates a holographic projection of the thing you want and is fully interactive. This technology is still in the works and hasn’t been bought out to a mass market, but the technology is there. Imagine, being able to hug someone online through interacting with their projection. One of the main weaknesses of online dating is we rarely get to communicate through body language which is a challenge as this takes up to 70% of how we interact with one another. Technologies like VR and the HoloLens would allow you to see someone fully and be able to gauge more effectively whether you’re hitting it off or not.

Unlike profile pictures, you would also be able to see someone from every angle, therefore allowing you to make a greater judgment on whether you’re attracted to them. Looks aren’t everything but having that initial attraction to someone is incredibly important and VR can help you figure that out with greater ease.

When we talk about DNA matching, we, evidently, don’t mean that you’re going to match with someone with similar DNA to you; that is how incest happens. However, the possibility of DNA matching becoming part of online dating means that you can possibly avoid passing on genetic problems to your future children.

It is very complicated to get into but, through DNA matching, you would be able to find someone who will compliment your genetics which can help weed out any problems and save your future offspring from problems. Also, there is the possibility of being able to “design” the kind of child you would want.

Evidently, this brings up a variety of moral questions and where can you draw the line with these things. Many would say it is ok to look for someone based around wanting to eradicate genetic diseases but the issue of ‘designer babies’ does surface. Ultimately, this is something that is much further down the line and would be up to the individual dating site as to how much DNA matching, they allow as part of their algorithm.

As VR technology becomes more immersive and realistic, there is a possibility of making love with VR. This may become part of people’s ordinary relationships as well as being a possibility for those dating online. This may be especially useful for those who are dating long-distance or have a partner who spends a lot of their time away from home.

The way it works would be like any other VR experience in that you would have accessories to help you be intimate with someone else. Evidently, it is not going to be the same as actually being intimate with someone, but it can act as a good replacement. This means that you will be able to see the person and form a connection with them through this physical contact although you may not be able to actually meet face-to-face.

As well as allowing you to be intimate with someone else, it also provides an incredibly safe way to make love. As you’re technically on your own, there is no risk of the spreading of STDs, meaning that you can form that intimacy with someone without fear of what could happen.

Just as technological advances, like the internet, changed the way we date; new technologies have the power to innovate our dating lives. Online dating has become such a prevalent force for people meeting one another that it is only natural that it will keep expanding to fulfill people’s needs. Although many of these innovations maybe years down the line, we can begin to expect that these modern innovations will be becoming part of our dating lives. Whether you’re seeking someone or simply want to remain connected to a partner, virtual reality provides you with new possibilities to date. 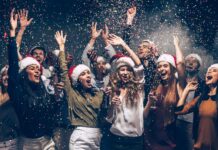 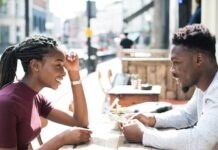 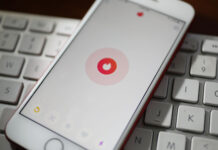 How to Start a Successful Online Dating Business 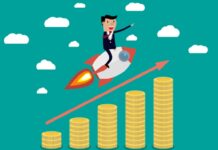 How Do Technologies Influence Customer Experience in iGaming? 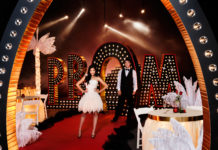 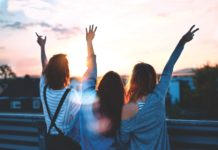 8 Ways to Make New Friends as an Adult

Дмитра Врачарић - September 17, 2021 0
It's commonly known that the digital world is growing exponentially, and an increase in the number of people who are willing to invest in...