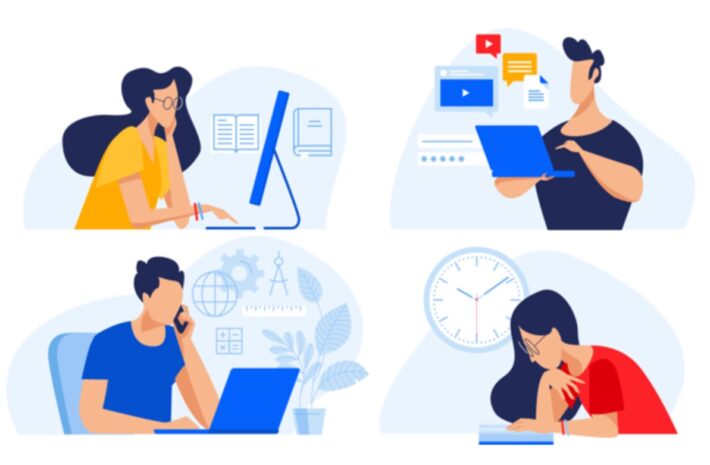 Video today is more prolific than at any other point in history. With the growth of online streaming sites like YouTube and Vimeo – plus social media sites such as Facebook and Twitter – there is now more video content available than ever. Meanwhile, streaming services like Netflix and Amazon Prime have revolutionized how audiences view films and TV shows.

The rise in online video is down to several factors – not least of which is today’s vastly superior connection speeds on both fixed-line and mobile connections. Couple with tumbling price points for previously prohibitively expensive video production software and hardware, it’s easy to see how video is becoming the predominant form of media online.

Of course, there is also another significantly important contributing factor to the growth in video online. As competition between the major manufacturers has increased in recent years, cell phone companies have increasingly concentrated on their cameras as a way to earn a competitive edge over their rivals.

For example, Samsung recently released its 8k-toting S20 series and has manufacturers like Xiaomi and Nubia. These devices put top-quality video resolution in the hands of everyday owners, making video production more accessible.

Another reason for the growth of video has been the inclusion of editing software as standard in most modern laptops. As the processing power of our mobile devices has increased, complex video editing tasks are now well within the realm of even the most casual of users. While it may be slightly questionable how well the free-to-ship editing platforms perform in comparison to more professional packages, they still allow video newbies to dip their toe into video editing and give the chance to hone their skills.

Moreover, there are now also many professional-grade video editing packages offered in stripped-down versions at a reduced price – or for free. For example, the excellent Resolve editing package from Davinci is available in a basic version free of charge despite features beyond what most basic users will need.

Likewise, Adobe has also started shipping its award-winning Premiere Pro software in a basic version called Premiere Rush, which works across all devices.

The part played by action cameras with new 360 filming capabilities

Like most areas in technology, camera manufacturers are always on the lookout for ways to upgrade their tech – the latest being form reduction and introducing the exciting new world of 360 video. The new model from action camera titan, GoPro, (called the GoPro Max), now features 360 filming capabilities using two cameras placed on the front and back of the device. Better yet, the new model produces video in stunning 5.6k 360 footage once stitched together.

GoPro’s other flagship model, the Hero 9 Black, also offers rich, 5k footage at 30 frames per second (fps) or 4k 60fps – and both of these cameras now come in a smaller size, complete with color screen, voice activation, and waterproofing without the need for an external case. These new capabilities were previously the preserve of top film production companies only a few years ago.

As mentioned, faster connection speeds have completely transformed the media we now consume online. Where at the turn of the decade, old dial-up modems and the use of normal phone lines still made downloading even low-res footage an excruciatingly slow process, new fiber connections allow streaming even the highest-res video at blistering speeds.

Fixed-line connections aren’t alone in enjoying the speed revolution – 4g and 5g networks are now common in all but the least-developed countries worldwide, making video available on our mobile devices.

Also, video has cross-board appeal, bypassing typical generational boundaries that are suffered by other forms of media online – and, if you use captioning services like those provided by Verbit, you’ll also be able to appeal to the widest market, even foreign-language speakers or those with hearing difficulties.

Statistics on the use of online video for marketing

However, there is another compelling reason why video has become so popular. Namely that, in our fast-moving and frenetic culture, people simply don’t have time to read lengthy, text-heavy articles. Viewing video is an immersive and engaging way to project your marketing message and tell your story. The stats tell a clear and convincing story for the advantages of using video content in your next online marketing campaign:

Video can be quick to produce compared to other media: 36% of marketing companies produce video several times a week, and a further 14% publish new video content every day.

Video has proven success rates: 94% of marketing firms that currently produce video content intend to continue doing so based on the high success rates of their footage.

Businesses are increasingly turning to video too: Around 32% of firms state they use video as a sales promotion tool.

Video is versatile: Firms use video for their internal communications as well as their external marketing. 27% of companies now report using video for their Human Resources (HR) support, 19% use it as part of their customer support, and 24% feature video in their leadership and motivational messages. Video content clearly doesn’t just work externally – it can also be a valuable way of delivering your internal messaging.

68% of marketing companies stated that they see deliverable results in video content and that it has higher engagement than Google Ads. Somewhat intriguingly, our viewing habits have also changed in recent years, and 60% of the general public now prefer watching an online video to watching TV.

These stats are further borne out by the fact that watching video on mobile devices increases 100% year-on-year and, by 2022, online video is expected to account for 82% of all internet traffic. As equally astonishing is the number of hours of video delivered by YouTube – currently running at more than one billion hours daily.

The simple truth is, if you want to make an impact with your next online marketing campaign, you need to start looking at video as your vehicle. 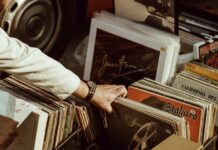 How to Choose the Right Music for Your Videos 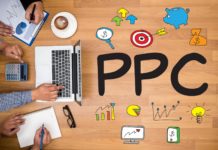 Ultimate Guide to Setup a PPC Campaign for Holiday Season 2020