When you’ve been thinking about double-glazed windows, one of the better types to order is the uPVC ones. They have many use cases and provide a way to deliver a pleasing appearance without standing out on their own.

In comparison to timber and aluminum, uPVC is an interesting material with unique properties that aren’t present with these other materials used for window frames.

First, we delve a little into what uPVC is and then we look at how it can be used in different homes.

What’s all the Fuss About uPVC?

PVC is a material that has been used for many years. It stands for Poly Vinyl Chloride. The unplasticized version of it is uPVC. It’s the strongest, most durable version of all.
Windows (and doors too) are created by taking treated uPVC and carving it out in the shape required to fit into space. It’s designed to be rigid and provide a strong framework for the windowpanes. It’s also non-toxic, and resistant to chemicals, water damage, and moisture penetration inside the home too.

It also tends to be maintenance-free. There’s little need to do anything cosmetic to it or complete repair work because it’s fairly robust. This leaves homeowners extra time to keep up with their garden or fix other things around the house.

Window frames made from uPVC have various benefits to them:

uPVC windows come in a variety of types depending on what’s required. Here are a few of them:

uPVC Windows that Tilt and Turn

As the Home Design Group would tell you, the windows that can both tilt and then turn is one of the more popular types. It might be because it’s a low maintenance choice with window selection, and that’s no different with uPVC ones too.

The idea with this window type is that it can be opened by tilting it and then turning it to provide the best airflow possible. In a place that’s protected from street smog and bad air, like in the back garden, then these can be perfect. They do require greater space on the inside of the window though, so this should be accounted for too.

Because the tilt goes inwards, extra space is required internally when opening the window. This won’t be preferred by everyone and it benefits larger rooms over smaller ones to avoid issues with this. However, the extra movement of air from opening this type of window is a major positive for people.

Not every window is expected to be opened outwards. Some windows need to be fixed in place without the option to open them.

A good example of this is with windows in hallways, a bathroom, or below ground level like in a basement. In this situation, letting in natural light is highly beneficial because these types of spaces are commonly quite dark but relying only on artificial light sources is less than ideal.

It’s important to be careful when choosing double glazing uPVC windows that will be fixed. This won’t be changeable later. However, it does protect from dust coming in from outside accidentally, unwanted noise, and or moisture, particularly in a basement.

Also, from a security perspective, when there’s someone in the home who tends to leave windows open and is forgetful about closing them, then a fixed one resolves this problem.

uPVC Windows with a Sliding Feature

A uPVC window that has a sliding option is something compact and used in flats and other space-restricted properties.

Unlike with the tilt and turn type mentioned earlier, these types of windows can either slide up and down or left and right depending on which version is picked. The design itself is subtle and made to not draw attention to itself.

There is one fixed uPVC frame and glass pane, and another that’s movable. Once opened, the mobile pane is positioned over the fixed one to not be obstructive.

The French uPVC windows have style written all over them.

The best position for this type is to be able to look out to the porch or out to the lawn and plants beyond. The French style supports larger glass panes to avoid interrupting the view. It adds a touch of class too.

A casement window is a standout choice.

They have the flexibility of either opening outward or they can go inward too. They have special hinges that permit this design approach, which offers customers greater possibilities. This includes the choice of whether to have double sashes or only single ones.

The casement type won’t suit every situation, but they also offer a high level of security.

So, that’s another positive to them.

While uPVC has some clear advantages over other window frame materials, they also offer plenty of design choices. Given that homes have various window bays that aren’t a set size, it’s good to know that uPVC is adaptable to these requirements while not sacrificing style, features, or security along the way. 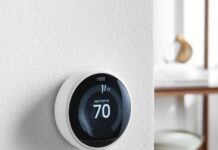 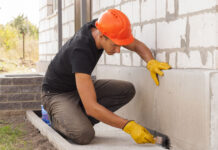 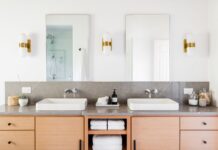 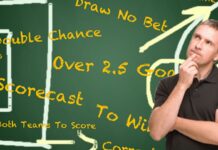