Home Technology Types of Smoke Detectors and Their Differences

They don’t say ‘safety’ first for no reason. The focal point of this saying, on this occasion, would be the place and environment you’re spending time in, more known as your home. Your home should be your oasis, your sacred spot of peace and security, where you can feel free to be vulnerable as much as you can, as when you’re outside you’re alert at all times. A place where you can be relaxed and where you shouldn’t worry about a single thing.

Smoke detectors are a crucial part of the household safety system – whether you rent an apartment or a house, or you own one, this is something you should maintain and control regularly. Just imagine that moment where you’ve decorated and have adjusted your house like you’ve always wanted and hoped you would. Nobody wants their home to go to vain or disappear in flames or floods. Reparation would cost a lot, there would be many losses, and it sure would affect not only your bank account, but the mental state you’re in. You always have to ensure that all the gizmos and gadgets are working properly, that all wires are whole, and to check up on your appliances.

Many people love to spend time in the kitchen, to prepare homemade dishes and just enjoy the feeling and the smell of freshly cooked food. Others enjoy collecting candles – they keep them in special places, like bedrooms and living rooms, light them up when they’re stressed out or anxious or simply make a pleasant atmosphere with them.

But what happens when you leave that pizza in the oven for way too long? Or when you light the candles in order to relax while watching a movie, but you fall asleep? Or maybe in case when some wire connection goes wrong? What should you do then? Will there be someone to wake you up before something goes south? To avoid those types of situations, and what every place should have is precisely a device that will ‘catch’ the smoke on time and save both you and your house. It can be life-changing – quite literally.

Today, we’ll talk about types of such appliances and their differences. First and foremost, we could mention heat protectors, as they’re the oldest form of this type of safety device. How do they function? Well, they simply have a special piece installed inside of the unit which activates when temperature starts rising with immense speed. It’s recommendable to place them in a small room where they can easily ‘notice’ the temperature rise.

However, we would like to turn to detectors, as they’re more modern and handy.. They’ll certainly detect smoke and fire much more easily and quickly, and time is everything in these situations, don’t you agree?

There are three types: ionization, photoelectric, and third would be a combination of those two.

This type of alarm would be considered a less pricey one. What does it do? It uses ions for smoke detection. And what are ions? Those are electrically charged particles which identify the smoke presence.

They are built with miniature radioactive parts installed between two electrically charged plates.

How do they work? They’re made to detect fast burning fires, for example, when iron burns your clothes, or a candle falls and burns a curtain or your sheets, or in any similar kind of situation. When a large amount of smoke infiltrates the device itself, the alarm will turn off. We would suggest to stay off putting it in your kitchen, because, you know.. False alarm.

The other type, which isn’t as cheap as the ionization one, is the photoelectric detector. This type of device uses a light source, or light beam, to spot smoke.

Photoelectric detectors are more efficient for alerting us of smoldering fires, for example, when a lit cigarette falls onto the carpet or a cushion. This one works as a clock, and you’ll be alert in no time.

How does this one work? Well, when smoke enters the chamber, its particles interfere with the light beam and reflect on the sensors. Alarm then sounds on, notifying you that something’s wrong. We suggest putting it in the hallway, living room and bedroom, as we spend so much time there. You can opt for a wire-free design which is much easier to mount – X Sense can really boast some great models of this kind.

The third type of these life saviours would be a combined alarm, as we’ve mentioned – or better known as a multi-sensor alarm. It has both: the heat sensors and optical ones, so it’s a win-win situation since it detects smoke and heat at the same time. With this one you won’t have to think too much, as we often get confused about which one from the previous two models we should purchase or which one would better suit our needs. But you can’t predict fire nor the way it will sneak up on you, right?

This model will cover all fire sources: slow ones, smouldering fire, or fast-burning flame. You can rest assured that most likely no false alarm would be activated or triggered. You can put it nearly anywhere, whether it’s the kitchen, bedroom, your salon or hallway.

So, let’s sum it up: it’s of extreme importance that you take care of yourself and your overall safety. Yeah, we know – we might sound like a broken record, but this is nothing but truth. Think thoroughly about which type of alarms would suit your needs the best, where should you install them and how much you should spend on them.

If you take any of our pieces of advice, then you should also take into consideration an idea to put a detecting device in each room in order to avoid possible accidents. Of course, if this is too much of an investment for you, you can do it gradually and buy one by one, until you cover all areas in your home. We hope that we managed to give you a helping hand when it comes to your decision making, and that this little guide served its purpose. Like we said, safety first! 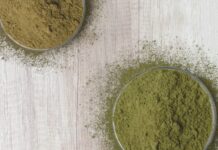 Snorting Kratom – is It a Good Idea?