Home Travel 7 Unmissable (Non Touristy) Things to Do in Rome

Anyone coming to Rome will have already booked their tickets to the Colosseum, the Borghese Gallery and the Vatican Museums in advance. While these sites should definitely be on your to-do list, there are plenty of other unmissable things to do in Rome, things the locals do, things that make Rome the most beautiful city on Earth. According to Romeing, the leading magazine of Rome entirely written in English, these are the best things to do in Rome.

Did you know that Rome is filled with stunning residences that belonged (some still do) to the most famous aristocratic families of Rome (and Italy)? The architecture from the outside is already mind blowing, but wait until you step inside to be completely in awe: stunning artwork collections, frescoed ceilings, golden chandeliers and terraces overlooking Rome. If you’d like to see one of the most beautiful courtyards in Rome (not to mention fabulous frescoed rooms), Palazzo Altemps is one to put on your list. The Galleria Pamphilj is another one not to miss, still owned by the Pamphilj family, the palace has masterpieces by Caravaggio, Bernini, Raffaello and many others. And for a peek into the palace of one of the oldest noble families in Rome, Palazzo Colonna with its magnificent Baroque art, is one not to miss. After that, you can visit some of the best museums in Rome.

2. Admire Rome from one of the panoramic viewpoints

Rome from above is one of the most beautiful cities on Earth: the Roman rooftops, the basilica domes, the green parks and the monuments get even better from the city’s panoramic viewpoints. While everyone heads to the famous Pincio Terrace to admire Rome (who can blame them, it is one of the most beautiful views of Rome), there are plenty of other great spots where you can view Rome from above. Let’s start with the beautiful passeggiata down Trinità dei Monti–just head up the Spanish Steps and turn left and you’ll be mesmerized by the beautiful views (with no crowds). If you’re in Trastevere, head up to the Fontana dell’Acqua Paola to get a spectacular view of Rome, or walk to the Gianicolo terrace. For some peace and quiet, the Orange Garden is a great spot, too.

3. Head to one of Rome’s food markets

Rome is famous for its food so you shouldn’t be surprised by its numerous food markets. These are the places you should head to to purchase fresh produce and delicious food on the go. For one of the most beautiful food markets, don’t miss out on the famous Mercato Campo de’ Fiori, running from 7am to 2.30pm Monday to Saturday. This food market is one of Rome’s most ancient markets and it sits right on the piazza of the same name. For amazing street food in an indoor food market, Mercato Testaccio is a must. Grab some of the city’s best pizza, supplì, gelato and pasta! For a more contemporary food market, head to the newly opened Plebiscito near Piazza Venezia – comprising 12 food stalls, restaurants and pop-ups each bringing a different taste of Italian cuisine.

Street art is probably the last type of art you’d imagine to find in Rome. But you’ll be surprised to know that Rome’s street art scene is actually very much alive. Every day there are new street artists that decorate the streets of Rome with their artworks. From Lediesis – the street artist that depicts famous female characters and personalities with the S of Superwoman and Andrea Gandini famous for turning tree trunks into sculptures, to Sten Lex and Clemens Behr, there are loads of amazing street artworks in Rome. Where to find them? Head to the neighbourhood of Ostiense (where street art has been legalized), Testaccio, San Lorenzo, Pigneto and Tor Marancia to get a great selection of astonishing pieces.

Part of what makes Rome such a fabulous city is its proximity to lakes, mountains and the sea. In less than an hour from Rome you’ll find charming seaside or lakeside towns and beautiful countryside locations. Escape the hustle and bustle of the city and go on a day trip to Lake Bracciano, Lake Nepi or Lake Bolsano, or better yet, soak under the sun in Ostia or Fregene. Visit the Renaissance masterpiece Villa D’Este in Tivoli or visit the vineyards of Frascati and the Castelli Romani. There are endless amounts of options and so much to explore close to Rome. So what are you waiting for?

6. Dive into the Roman cocktail scene

Yes, Italy is a wine country. But you’d be surprised to find out that Rome is actually turning into one of the European cocktail capitals. In the past few years, great bars run by internationally famous bartenders have been popping up like crazy. Speakeasies are always trending, with The Jerry Thomas Project paving the way. But it’s not just speakeasies which have taken the city by storm. There’s also the uber-cool Drink Kong by Patrick Pistolesi which offers some of the best cocktails in town in the Monti neighbourhood. And let’s not forget about the first amaro bar in Europe – Il Marchese – right on Via di Ripetta, offering over 500 different amaros and top-notch cocktails. For the gin lovers, definitely pay a visit to The Gin Corner, the first bar in Italy completely dedicated to gins with over 100 gins on the list. And for a cool street bar with wow cocktails, Trastevere’s Freni e Frizioni never disappoints.

7. Relax in one of Rome’s beautiful parks

Rome’s parks are stunning. Imagine, most of the parks in Rome are named after the families who built and owned them. In the last century, these private parks turned public, allowing guests to wander in these green havens, have a picnic, bike around and just enjoy the outdoors. From Rome’s largest park, Villa Doria Pamphilj, where the aristocratic Pamphilj family used to reside till the 18th century; to Rome’s most famous park, Villa Borghese, filled with lakes and spectacular views, which belonged to the Borghese family. At Villa Borghese you’ll also find the famous Terrazza del Pincio, where you can get one of the most stunning panoramic views of Rome. But it doesn’t end here, Vila Ada, Villa Sciarra, Villa Torlonia and many others are open to the public. And if you feel like going a bit off the beaten path, don’t miss out on the Parco degli Acquedotti, where you can bike, jog or roam around under the ruins of the famous Roman aqueducts. 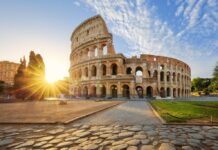 Rome Bucket List: 5 Epic Things to Do and See in Rome 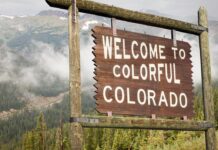 The Ultimate Guide to Colorado 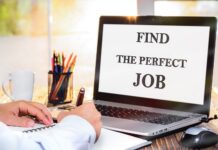 Finding Job in Italy in 2022: Recommended Websites and Tips 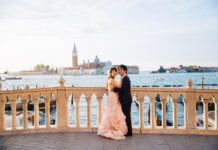 5 Reasons to Consider a Post-Wedding Photo Shoot In Italy 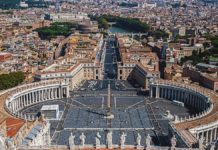 5 Interesting Facts About the Vatican City That Might Surprise You 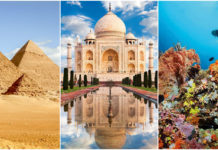 What Should Be on My Travel Bucket List in 2022?