Home Games Stay Prepared for Battlefield 2042 by Simply Following These Tips From Battlefield... 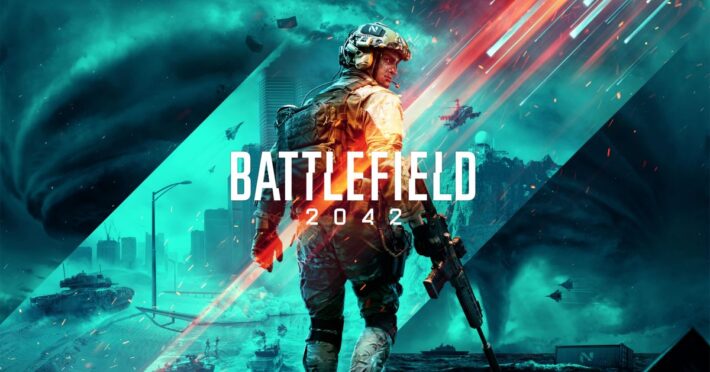 Battlefield 2042 is set to be released shortly. Yet, if you are a gamer, we would advise you to stay prepared for it with a prior understanding of its earlier versions. This way, you can find yourself in a better position once the game is launched across the globe.

The first few weeks after this game’s release are going to be critical, and if, as a player, you can build a name for yourself during that time, there’s every chance that you can cash on that success over time.

It will have a lot of new features, yet it will play similarly to previous Battlefield games on a basic level. As a result, players will be able to begin practising for the game prior to its release. Knowing where to begin might be difficult and this is why there are YouTube lessons available to assist players.

So, it is mindful to hone your skills at Battlefield 4 before giving a shot to its newer version upon its release. That way, you can always find yourself well prepared and well organized before all others while giving a go to Battlefield 2042.

That said, we here suggest some key tricks and tips from Battlefield 4 you can use to strengthen your skills in Battlefield 2042.

Regardless of whether you’re playing Call of Duty or Battlefield, you’ll need to rely on the minimap to find your opponent’s locations and activities. It will be easier to notice enemies and build methods to take them out if the map is made larger. Occasionally, the player will be shot while the gunman is hidden. The minimap can be used to trace the enemy in this situation.

There’s one more consideration to make -Suppressors will reduce firing noise and, as a result, prevent players from appearing on the minimap.

Automatic guns works wonders for all or most gunfights, yet they have their own repercussions. This may be overlooked in close-to-medium range battle as you continue to saturate your opponent with rounds, but this is not the case in long-range warfare.

Bullets produce less damage at long ranges; therefore recoil management becomes a top consideration. You’ll naturally hold down the fire button because you need to deliver more damage. A person who has earlier tried hands in Call of Duty or Battlefield is aware of the fact that the longer you hold on to the fire button down, the bigger recoil you must stay prepared for.

The initial few rounds may go good, and then things will quickly deteriorate. In all such cases, players can use burst fire to keep everything under control. With every click, fire a few bullets to reduce recoil and improve accuracy.

To avoid being shot down, you must move while striking, but this has a drawback. If a player is scoped in and gears up for a headshot in Battlefield 4, there’s a strong probability they’ll not succeed. This is because moving while shooting in Battlefield reduces your accuracy. Players will have to pause and shoot in order to maintain accuracy.

Tip  4: For close-range warfare, use hip-fire

Close-range combat necessitates quickness and accuracy. Fortunately, both primary and secondary weapons in Battlefield have excellent hip-fire accuracy. That means you can quickly draw your concealed weapon in close-quarters combat and go for headshots with little problem.

Primary weapons can be utilised in the same manner as secondary weapons. However, hip-fire should not be used for mid-or long-range combats.

Suppression is a critical feature in Battlefield. This indicates that there’s a probability you’ll miss your shots if you’re firing at a nearby enemy. When this occurs, it is preferable to take a different position and fire at the opponent from a different direction.

Moreover, unlike Call of Duty, Battlefield does not allow for the same level of movement. It is simply less reliant on movement. Another reason why it is a good idea to always be in a good position is because of this.

What changes can we expect in Battlefield 2042?

One of the key changes that Battlefield 2042 may bring on board is in terms of Conquest. If you are a pro in Battlefield, you don’t need an introduction about this highly popular game mode. It brings along many capture points, symbolized by a list of flags, positioned around the provided areas in the map

In earlier Battlefield games, the capture points stood on their own, and you had an advantage if you held the bulk of them. In Battlefield 2042, this may change to some extent. The map has now been divided into several parts. A grouping of flags, generally two or three, has been placed in certain places. Before moving on to a new goal, teams must capture all of the flags in a sector to gain an edge over the opponent.

The update is intended to prevent ‘zerg rushing,’ a strategy in which teams band together and travel over the map as a single unit. This resulted in dull battles in earlier games, with few fights occurring between map traversals. This move should perhaps motivate teams to battle harder for one region before moving on to the next.

Battlefield 2042 will be releasing in November, and the players still have some good time in hand to hone their skills and knowledge in the same regard. Hence, once must make the most of this time in order to prepare for the game. That said, Battlefield 4 is the ideal platform for doing so.

Besides, just in case you don’t have the time and effort to put through in same direction, it’s always recommended to go for their specialized services.

The teams managing these services incorporate the contribution of some of the best gamers around the world. So, while giving a shot to Battlefield 2042, you can always have an expert by your side.

If you feel puzzled regarding which game boosting service to opt for regarding Battlefield 2042, the name to go for http://www.lfcarry.com.

Besides incorporating some of the best battlefield 2042 game boosters in their panel, they have also scored well in terms of customer satisfaction.