Home Business 5 Things To Do If Someone Steals Your Invention

One of the things most inventors are concerned with is what can they do if someone steals their invention. In some ways, this is a justified fear. If you have a brilliant idea and someone has heard about it, it is not that uncommon for those individuals to try and steal the idea and start making money off of your hard work.

However, in reality, this almost never happens. There are many inventions that get patented every single year, but only a sliver of those actually make a difference in our everyday life. That means, even though it might sound really discouraging, the vast majority of inventions are just not worth stealing. You’d have to invent a product that is making hundreds of thousands or even millions in annual revenue for it to become an invention worth stealing.

However, invention theft does exist, and it happens from time to time. Rarely, but it does happen. So, what can you do in these situations? Sadly, there’s not much you can do. But, we didn’t want to leave you altogether discouraged, so, here are a few things you could do if someone steals your invention.

1. File For A Derivation Proceeding

In the invention world, the word derivation basically means theft. So, this process would essentially be a trial to try and prove that the invention was stolen.

However, this will be strenuous. The only part of this process that will be easy is submitting the patent application. After that, it all goes downhill. After you’ve submitted the patent application, you will have to submit a petition to the USPTO for a derivation proceeding. Now, this petition is where it gets complicated.

In most cases, the petition will be anywhere from 50 upwards of 100 pages long. In this petition, you will have to prove that the invention you’re claiming to be yours, is in fact, yours. You will need to provide USPTO with a lot of evidence that backs up that claim. However, this is where it gets tricky. The documents proving that you’re the inventor can’t be produced by you. The documents will have to come from a third party or records of communication between you and someone else, most commonly the infringer.

Now, there is a lot more legal and technical detail regarding derivation proceedings, but you’re better off consulting about it with a patent attorney. However, it is important to note that, according to several patent lawyers, as well as InventHelp, going down this road rarely brings forth satisfactory results, so you’re probably better off just not doing it and saving yourself from emotional and financial trouble.

2. File For An Interference Proceeding

This is pretty much the same as the derivation proceeding, but with some not-so-minor differences.

The main difference lies in both technicalities and the actual trial. Now, we won’t bore you with technicalities. Once again, if you want to know more about those, consult with a lawyer. Now, the other part is relatively straightforward.

Both you and the sued party will provide as much evidence as possible to prove you’re the rightful owner of the invention. After all the evidence is submitted, the USPTO will determine which party was the first one to come up with the invention, and that party will be awarded the patent.

However, as we’ve said, these cases rarely happen, mainly because most inventions don’t make nearly enough money to be worth the trouble. So, on that note, let’s explore what else you can do.

It might sound painful to hear, but the best course of action is no action. This really doesn’t sound like a piece of good advice, but it actually is.

First things first, as we’ve said, these proceedings or trials, however you want to call them, are very rarely won. All that happens, most of the time, is you lose precious time and money. Not to mention all the emotional turmoil you’ll have to endure during the process.

So, if someone steals your invention, just move on. It might sound harsh, but the reality of it is, the chances of your invention actually being ground-breaking and life-changing are incredibly slim. Also, if you really believe in your invention, you’ll find a way to adapt it and make it better, or just different enough so that you can pursue your dream of cashing in on your invention.

If you’re an investor, most likely, you’ve been one for quite some time. You’ve had your fair share of inventions and patents, and just like most of the other inventors, you probably haven’t gotten very rich off of them.

However, your next one might be the one that turns it all around. So, instead of sitting down and wallowing in sorrow – get to work. Sit down, put that big brain of yours to the test and invent something new, something better. You’ve done it so many times before – you can do it again. Only this time, be a bit wiser about it and keep your ideas to yourself.

We often say that people learn best from their own mistakes. Now, don’t get us wrong, we’re not victim-blaming or saying you’re the one at fault that your invention was stolen – that’s certainly not the case. But, now that you know that people are bad and are trying to steal someone else’s intellectual property – be wiser about it.

Keep quiet about your future inventions and once you realize you might be onto something big – patent it. Be smart and protect your inventions from the start, so, even if someone tries to steal your invention – you can get in their way. Or not…

Some say that the more people are trying to jack your invention, the better. That means you have something valuable that other people want. That could put you in a position to make money, either by selling your patent or by selling the rights to someone to use your invention for their product. Either way – it’s a win-win.

The best way to handle invention theft is with grace. Be smart about it and don’t let it ruin your day. If you want to fight it – fight it. If not, let the bygones be bygones and just move on to something bigger and better. 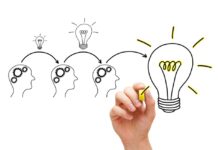 5 Mistakes In The Invention Process That Are Very Common