Home Business Should You Invest in Bitcoin – Future of Bitcoin

If you’ve been keeping a close eye on different news featuring various cryptocurrencies, you probably know that these digital assets have been placed in various headlines quite a lot since the beginning of this year. The reason behind this is that Bitcoin’s worth plummeted from over $68.000 in November last year to beneath 20.000 dollars during this month.

Because of the drop in the worth of the most popular crypto, you may be wondering whether or not it’s wise to invest in it. In the article below, we’ll take a look at what this currency is, why its worth is plummeting, and why you might want to invest in it despite all the news saying differently. So, let’s take a closer look:

Although a lot of people think that it’s complex to understand the concept behind Bitcoin, it isn’t. In fact, it’s as simple as explaining how bank transfers work. As mentioned, Bitcoin is a type of digital money that can be used as any other traditional currency, however, there are some important differences that you must be aware of. For starters, they utilize the so-called “peer-to-peer” payment plan, but there are no banks that can take away a portion of each transaction made.

This indicates that it isn’t regulated by any bank, state or government, or financial institution that is traditionally in charge of regulating real money. Second, there is no material version of it available, however, there is a cap of 21 million coins available for mining. Third, since there are no material copies, they’re made online by utilizing an encrypted code – a series of letters and digits. Lastly, it’s decentralized, meaning that no one can know the number of coins you have.

So, Why is The Value Dropping?

The first thing that you should know is that the worth of Bitcoin – and, of course, other digital assets – has been dropping since the beginning of this year. There are several reasons why this shift is happening. For instance, there is a lot of uncertainty revolving around the increasing interest rates in America and Great Britain, which is why a lot of people opt for selling their digital coins. Also, since we’ve been living in the aftermath of a global pandemic, the cost of living increased, which caused inflation.

Because of this, investors don’t have enough capital for investing in cryptocurrencies, more specifically Bitcoin. Additionally, China has made crypto mining and trading illegal, which has caused a major blow to the industry. Nonetheless, the value of Bitcoin is expected to increase in the future and although it might not reach the same value as it did in November last year, it still might be reasonable to invest in it now.

Why is it Wise to Invest Now?

Although there is currently a lot of bad press and speculations when it comes to subsidizing Bitcoin and different digital assets, you should know that it still might prove to be a lucrative acquisition this year – which is especially true when you remember that such shifts happened in the past as well. Hence, some of the reasons why you might want to seriously contemplate investing in cryptos are the following:

1. More And More Companies Choose to Implement it

You would be surprised by the number of companies that choose to implement it as a payment method for their goods and services. Because of this high-adoption rate, it might be wise for you to invest in the coins. Additionally, you should know that over 40% of users reported that they actually had some really favourable and lucrative outcomes from Bitcoin, thus, it’s safe to say that it might end up bouncing back.

As we already mentioned, the global pandemic also caused global inflation, which means that the expenses of living have risen all over the world. Since there are reports that state that financial markets and the global economy will experience even bigger inflation, it may be smart to invest in something that cannot be controlled by banks, governments, and other financial institutions and one of the alternatives to consider is Bitcoin.

3. A Wide Range of Exchanges

4. More Secure Than Other Options

As more and more digital coins started appearing on the market, Bitcoin has remained on top, mostly because it’s known for its security and anonymity. Besides all of the advantages that this particular asset offers to its users, it’s also worth mentioning that it can be quite beneficial when compared to flat currencies, meaning that you must seriously consider investing in this particular cryptocurrency.

5. There is a Limited Supply

Last on this particular list, but definitely worth mentioning is the fact that there is a fixed supply of coins. What does this mean? Well, it means that there are only 21 million Bitcoins available for mining, and approximately 19 million have been mined. This means that there are still 2 million coins left, and as people continue mining it’ll be more difficult to obtain the coins, thus, their price will most likely rise.

Even though a lot of experts believe that Bitcoin will never reach its record value of over $68.000, it’s pretty safe to say that it still remains one of the best investment options nowadays. And, as you were capable of seeing from our list above, there are some pretty good reasons why it might be wise for you to fund these digital assets.

Since you now know more about this cryptocurrency, why its value dropped, as well as the reasons why you must invest in it, you might not want to lose any more of your time. Instead, you should weigh all the pros and cons of investing in these digital assets and determine whether or not it’s a good investment option for you. 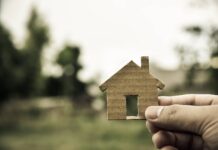 What Kind of Properties Are Best to Invest in – 2022 Guide 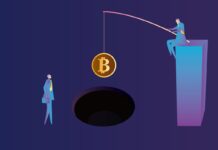