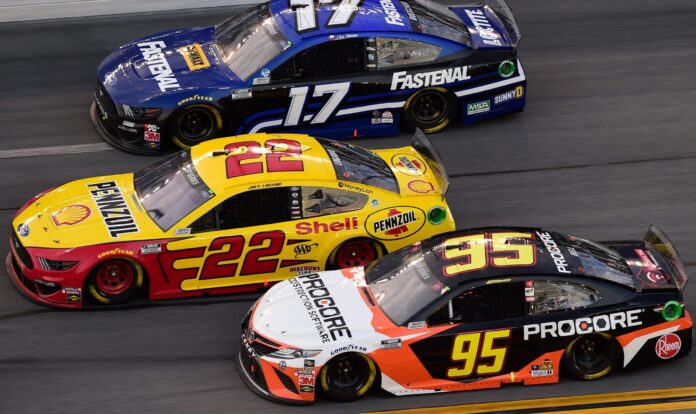 The coronavirus pandemic has stopped the whole world. There is not a single sphere of human life that has not been influenced in some way. This is of course the case with NASCAR racing as well. But as the pandemic weakens and fewer and fewer new cases of infection occur, the entire world is slowly returning to its normal, albeit altered, life. We are learning to live in our “new normal” present.

After a two-month break, NASCAR races are back. But without the audience and many other things we are used to. The season resumed on May 17 at the Darlington Raceway in South Carolina. After the UFC, NASCAR was the first major sport to relaunch its competitions after a coronavirus pandemic that halted all sporting events around the world since mid-March. The first race after the break was held on the oldest track.

Continuation of the season

Gov. Roy Cooper gave the green light in early May for the first race to take place. NASCAR has implemented all the necessary protective measures, in order to minimize the risk, and again to continue the race. Heads of state and counties highlighted the economic importance of relaunching professional sports to alleviate the economic crisis. Respecting all health regulations and expert advice, NASCAR has managed to put everything into action in a great way.

Following the instructions of the CDC and other federal and local agencies in charge of pandemic care, these are the conditions that must be met in order for the event to take place successfully:

After six races held without crowd at the stands, fans will finally be able to return to the stands, of course not yet in full scale, according to FR24 News. There were two races on Darlington Raceway, then two on Charlotte Motor Speedway, then one on Bristol Motor Speedway at Bristol, Tennessee and the last before this weekend at Atlanta Motor Speedway at Hampton, Georgia.

And then we finally get to the fourteenth of June and the race on Homestead-Miami Speedway, which will finally bring us an audience in the stands. It will also be very important for the drivers, who said that they had problems with motivation and that they lacked the energy of the audience to prepare them for the high-speed race.

The rules are very strict. As it is clear to everyone, it was not possible to get the tickets in the usual way, but various procedures had to be followed. A thousand people who will be allowed to enter will all be members of the armed forces. Everyone will undergo a medical examination before entering, they will have to wear masks and of course, keep a great social distance.

They will be honorary participants. It will probably be difficult to notice that there is anyone in the stands at all since that venue receives fifty-five thousand people, and now there will be only a thousand, and there will be scattered for security reasons.

But there has certainly been tremendous progress since a month ago when the first race took place and this is a step in the right direction. Scott Cooper, a spokesperson for Charlotte Motor Speedway, told Charlotte before that certainly no one wants a race without the presence of fans, but that they have no choice.

However, since then the pandemic situation has calmed down, a group of people in Miami, Florida will have the opportunity to enjoy the spectacular race.

After Florida, Alabama is waiting for us, where the situation will be even more in favor of the fans. Five thousand spectators will be able to enter and watch the race. There are special regulations on how to get tickets. The first condition that had to be met was that the ticket was purchased for the Geico 500 race which was to take place on April 26, according to the original schedule for this season, before the pandemic changed plans.

Then that the person coming to the venue lives a hundred and fifty miles or less away and is a citizen of the state of Alabama. With these measures, the goal is to reduce the risk of travel and further spread of the dangerous virus. As tickets for the race and for the camp were available, certain rules were adopted there as well. Whoever had a race ticket will not be able to get a camp now. A maximum of 6 seats together will be allowed. So the audience will be scattered on the tri-oval grandstands.

Of course, all procedures will have to be followed. At the entrance, everyone’s temperature will be measured, masks, gloves must be worn and distance must be maintained. Also, external coolers will not be in use.

As for the other races that await us, it is still uncertain which will be held in the presence of the audience, and which will continue to run in front of empty stands. It primarily depends on the local authorities and the epidemiological situation. For now, the next three races after Alabama, Pocono Raceway (June 27-28), Indianapolis Motor Speedway (July 5), and Kentucky Speedway (July 12) are expected to be without audience attendance.

Corona is not the only problem currently in the USA…

2020 did not only bring problems related to COVID-19 but riots in the USA caused by an old problem, racial injustice. Across the USA, people are protesting in the streets after the murder of George Floyd. Of course, the sport has not stayed out of all these events, and in all sports, it is perhaps the first topic now.

In the NFL, whether they will kneel during the anthem, in the NBA, many players do not want the season to continue, that worries them more than a pandemic. As far as NASCAR is concerned, fans are forbidden to bring the confederate flag, which is a common practice when racing is in countries that once belonged to the South.

Bubba Wallace, the only African-American driver in NASCAR was the most vocal about that. He is very pleased with the decision, while some other drivers, out of revolt, have posted a confederate flag on their social media profiles to indicate their southern heritage.

We can only hope that all the problems will be over as soon as possible and that we will soon see full stands again, while the gasoline smells in the air. 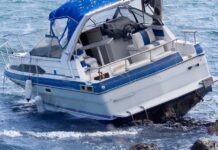 In Florida, What Should Boat Operators Do When Involved In A Boat Accident? 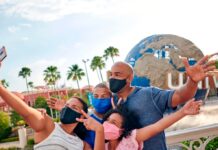 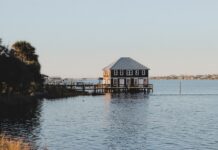 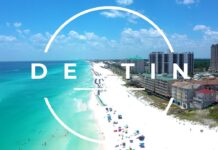 13 Things to Do in Destin Florida 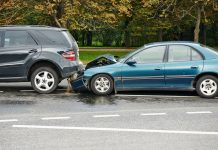 Cause of Accidents in Florida