Home Technology Robot Coffee Makers – The Evolution of The Idea

Robots are primarily designed to make our lives easier. They can be as complicated or as simple as you need them to be. They can build cars, perform surgeries and … make a humble cup of coffee.

The first contraption ever conceived to help us in making our favorite beverage can be traced back to Turkey in 575 AD. The date is scribed into the historical timeline of coffee aficionados as the official starting point of the coffee machine.

The habit of drinking coffee spread considerably but no new inventions were created until the addiction reached France. In 1710 the French discovered infusion brewing, and the technique was similar to how we perform infusion brewing today. In other words, they simply put a few coffee beans into a fabric wrapping and submerged them in hot water until they produced the desired strength.

However, the art of brewing was taken to new heights when the drip pot was invented.

It was an infusion brewing device of superior design dreamt up by Jean Baptiste de Belloy. The apparatus had two distinct sections, an enclosure for the coffee grind and a vessel to collect the liquid beverage. Between the two parts lays a fabric filter. Making coffee with this method required boiling water to be poured into the first section. This usually meant that by the time the water had passed through the entire system, it was barely lukewarm. Indeed, that was its main failing and ultimately its downfall. Consequently, improvements were made.

In 1822, Angelo Moriondo patented an Espresso machine. A working prototype was first revealed to the world much later at the Turin General Exposition in 1884.

These machines aren’t too dissimilar from the high-end machines we see in coffee shops today.

The device forced hot water, under pressure through the coffee and a filter, which yielded a thick beverage with an intense aroma. Ultimately success was found by designing the machine to enable its user to modify the pressure parameters and vary the grind, which resulted in a magnitude of drinks with varying qualities to suit all tastes.

1835 was another landmark year for coffee people when vacuum brewing technology was invented by Loef of Berlin. This type of coffee maker is also known as a Vac Pot, Siphon or Syphon coffee maker. The device had two containers. As the water is brought to the boil, the resulting steam rises into the upper chamber that is full of coffee. Once the heat source is removed, the vapor condenses and is siphoned off and passed through a filter. The glorious brown fluid collects in the bottom chamber and is ready to consume.

Our timeline takes us to 1865 when Sir Benjamin Thompson created the now-famous percolator. The device is commonplace in most modern kitchens.

To “percolate” means to filter through. The device continually circulates boiling water through the ground coffee beans in the upper part of the device, and the resulting mixture runs off into the bottom container and mixes with the boiling liquid until a drink of the required strength is brewed.

In 1908 the paper coffee filter brewing system was invented. It was the brainchild of Mrs. Melitta Bentz. From her experience as a housewife, the aspiring inventor identified undesirable defects in some of the more common devices of the day. Percolators tended to over brew, and espresso machines leaked bitter grounds into the drinks and she also grew tired of cleaning the linen filters each day.

She knew she could do better and so she started to experiment with a punctured brass pot and devised many different filters consisting of all kinds of household materials. Eventually, she found one that worked and settled on using paper from her son’s exercise book. Her modification was met with general enthusiasm, and so she decided to set up the Melitta company, which is still under family control today.

In 1928, a new device was providing coffee lovers with something to talk about. It was called a French press. Brewing in this way started by popping grounds and boiling water together in a single container. The mixture is then left to brew and after a few minutes, an internal plunger is operated to extract the leftover grind leaving nothing but the delicious drink. The appliance is alive and well and is still in service today.

The age of automated coffee machines started when Faema introduced a pump-operated espresso machine in 1961. The appliance was a much-needed improvement on their earlier forced-vapor and piston-pump models. The 1961 version had an electrically powered pump.

According to the new design, the most significant change was the delivery of pressurized water through a mechanical pump which replaced the previous piston-lever models of the 1950s.

Faema found a solution to the persistent problem of running heated water through the pump. They circulated cold water through the pump into a heat exchange tube and into the steam boiler which would flash heat the water. The pressure soaked the coffee with brew-temperature water, allowing for a smoother extraction which prevented users from producing burnt coffee which is often very bitter.

These coffee-serving devices were initially intended for installation at restaurants and bars but have eventually found their way into the home.

The introduction of the vending machine was essentially an attempt to make humans redundant. The first machines saw service in 1947. Today these machines are prevalent and therefore likely need no explanation however, a coffee vending machine dispenses hot drinks automatically. Like magic, at the push of a button, the inner workings produce a brew according to the customer’s selection. Initially, the machines used powdered ingredients, whereas the latest models handle everything from grinding the beans to pouring cream and adding sugar. The menu is often wide and varied, including espressos, mochas, lattes, as well as tea and hot chocolate.

Robots are the latest trend. They are often perceived as world-dominating machines that are trying to eliminate the human workforce to eventually conquer and take over the world.

However, they are more commonly used to cut costs and provide relief from labor shortages.

Futuristic machine-controlled cafes and bars, with working robotic arms, are not a far-flung idea, in fact, they are a reality. Robotic devices are being tested and are interacting with real human beings in places like the United States and China.

Major players in the industry have already developed and implemented prototypes of advanced robotic coffee making machines that are making waves around the world. One example is KUKA. They imagined a Robo Barista, which can communicate with the cloud to receive data when required to prepare ordered beverages for its customers.

Another example is ABB’s YuMi robot which is now serving coffee and delighting onlookers at the renowned Selfridges’ store in London.

Recently a plethora of start-ups have appeared, offering their robotic solutions to the food and beverage sector.

The products can be placed in the following categories:

These kiosks are more advanced and therefore offer significant functionality. They compute thousands of actions each second utilizing several sensors to self-diagnose faults and monitor performance and metrics like water temperature/pressure, steamer functionality, etc. A perfect example is a robotic kiosk produced by Briggo.

Rozum Robotics have manufactured their own Barista Bot based on the PULSE robot. The Rozum Cafe employs an easy to use interface for interacting with customers and performs precise operations at ultra-high-speed. The coffee blends have been meticulously chosen and refined by the renowned barista Denis Obodets to ensure it delivers a fantastic selection of drinks. It requires minimal maintenance and can cut operating costs significantly. More details can be found on the producer’s page.

There is no need to live in fear of a robotic uprising. Technology is here to stay and will inevitably improve our lives. As little as one hundred years ago, nearly every man and his dog worked on the farm to provide enough food for their local community. The proliferation of new technology has made it possible so that a small minority of farmers can provide food for the entire world. 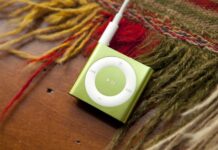 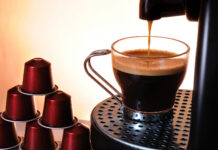 What is the Difference Between a Coffee Pod and a Coffee Capsule? 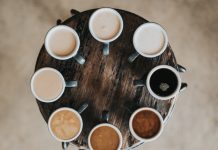 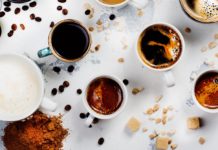