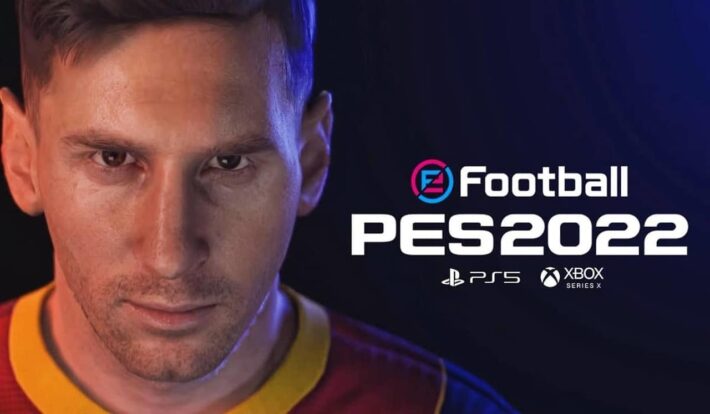 Back in the late 1990s and early 2000s, the FIFA series of video games wasn’t quite so dominant. When it came to football (or soccer for you Americans) games, FIFA had years where it sold fewer copies than Pro Evolution Soccer. There were also other yearly football titles to consider too, like Actua Soccer and World League Soccer, to mention just two. Those days are long gone. FIFA stands alone at the top of the football game pyramid, with almost no competitors left in the running. New versions of Pro Evolution Soccer (now known as PES) are still released each year, but they’re barely comparable in terms of sales figures. The FIFA franchise has sold more than 325 million units. It’s officially the highest-selling sports game franchise in history.

The FIFA series is made by Electronic Arts, which prides itself on being the leading sports game publisher in the world of gaming. For the past decade, FIFA’s dominance has never been in doubt. Even though hardcore fans believe that PES’s game mechanics make for a better simulation of real football, FIFA has all the pro licenses. When you play FIFA, you get to play with all the best-known players and teams in the world, as well as accurate representations of second and third division teams and their stadiums. PES can’t match that because it doesn’t have the licenses. Konami, which makes the game, reaches individual agreements with three or four world-famous teams each year to use their official kits, player likenesses and names, but the rest of the teams and players in the game are fictional. That sort of thing matters a lot to casual gamers, and it holds the series back.

Considering all of the above, it’s clear that Konami will have to do something drastic if it ever again wants to pose a threat to EA’s market share with FIFA. The company has struggled for answers to that problem in the past few years, but it might finally have come up with something revolutionary. If the latest rumours about the next incarnation of the game are to be believed, PES 2022 will be “free to play.” There won’t be a cost to download the game, and nor will players be expected to make in-game purchases. Such a move would normally imply a drop in quality or a focus on a smaller-scale game, but we’re led to believe that isn’t the case here. It will be a Triple-A next-gen title, and it won’t cost a penny to own.

This news comes from a trusted source. It was first reported by journalist Andy Robinson, a former editor of long-running gaming magazine CVG and an expert on Konami. He says that the game will be “properly” free to play rather than the freemium model, where a game is ostensibly free to play but ends up costing players at least the equivalent of a full-price game due to the necessity of in-game purchases. How Konami would make money from this is unknown, but they may have quietly signalled their intent last year when they released “PES 2022 Lite” as a free-to-play version of the full PES 2022 game. In that instance, the game had a comparatively limited number of options when compared to its “full” sibling.

This won’t be the only major change for the PES series. Robinson also reports that Konami is switching to Epic’s Unreal Engine for the new game, which will give the franchise a well-overdue visual overhaul. PES has long trailed in FIFA’s wake when it comes to visuals, but this change might redress the balance. A change of game engine might also result in a change in game mechanics, though, and that’s risky. Better gameplay has long been cited as the reason PES is better than FIFA by fans of the series, and significant changes might alienate them. Still, we should trust that Konami knows what it’s doing and sample the finished product before we pass judgment. No release date has yet been announced for the new game, but past years have trained us to expect that the latest PES will be with us by the end of September. A brief demo is already available for PlayStation players, although Konami is keen to stress that the demo isn’t necessarily reflective of the finished product. Graphics are indeed improved in the demo, but controls as fundamental as the “sprint” button have been changed. That might not sit well with fans if the change is permanent.

Moving to “free to play” would create a stark difference between Konami’s game and FIFA, which has long been criticised for the online slots elements of its loot box system. You’ll probably have seen press coverage of teenagers who’ve used their parents’ credit cards to pay for loot boxes in FIFA, and you’ll have heard the online slots comparison before, too. Adults spend money playing online slots at websites like Rose Slots CA on the understanding that whatever they win – if anything at all – might not be worth as much as they paid for the opportunity to win it. That’s acceptable for adults because they’re old enough to gamble legally, and they understand the basic functions of an online slots game. It’s not acceptable when the same format is presented as “loot boxes” to children who aren’t legally old enough to gamble and don’t necessarily understand the consequences. The use of loot boxes in FIFA’s “Ultimate Team” mode has long felt like a cash grab on EA’s part and has begun to create ill-feeling between players and the company. If Konami presents a free-of-charge viable alternative, EA’s commitment to loot boxes might be its downfall.

We have no reason to doubt a journalist as reputable as Andy Robinson, so we believe him when he says a “free to play” route is Konami’s current plan for PES. The company has approximately three months to either stick with that plan or change its mind. Promotional campaigns for the new game are likely to begin within the next month, so we might even find out sooner than that. A football game revolution might be upon us – and Konami’s flag might fly high once more at long last.