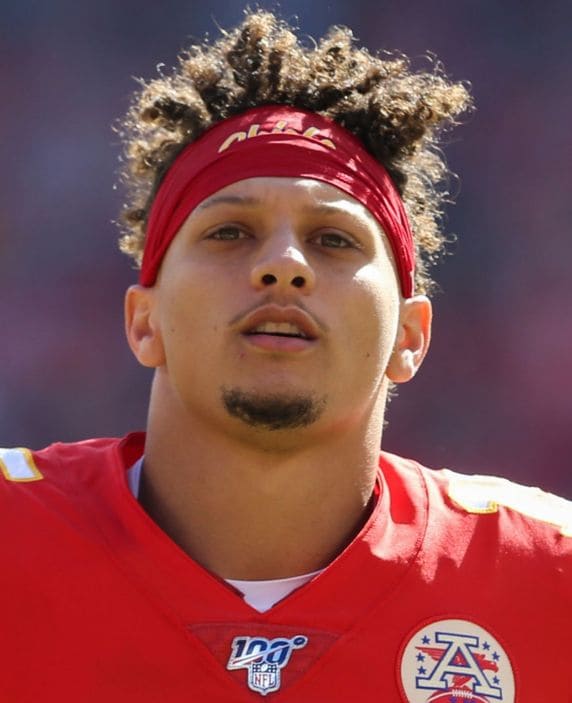 Patrick Mahomes’s salary and income per year can vary depending on multiple undertakings as a footballer and businessperson.

Mahomes was popular for playing games like football, baseball, and basketball in his high school days and was also named as ‘Maxpreps Male Athlete of the Year’ for high school sports in 2013–2014.

Mahomes was ranked 12th best dual-threat quarterback in the competition playing for Texas Tech University and was also the major contender for the 2014 Major League Baseball draft.

Mahomes entered as a backup in his freshman season and played his first career game against Texas, he continued as a starter for the final three games after that.

Later, his sophomore season began as a starter at quarterback with Texas Tech, he finished with 4,653 yards, 36 touchdowns, and 15 interceptions in his overall gameplay of the 2015 season.

After setting multiple NCAA records, Mahomes planned to focus mainly on football leaving the baseball team entirely before the start of the 2016 season, and later his eligibility to enter the NFL Draft was announced on January 3, 2017.

Majority of analysts predicted that Mahomes was eligible for the first or second-round pick, he was selected in the first round by the Kansas City Chiefs in the 2017 NFL Draft.

Mahomes was made the starting quarterback for the 2018 season, his performances brought him multiple awards, and he ranked as the fourth-best player in the NFL on the NFL Top 100 Players of 2019.

He won multiple awards including…

How much money does Patrick Mahomes make a year?

On July 20, 2017, Mahomes was given a fully guaranteed four-year contract worth, $16.42 million by the Kansas City Chiefs that included a signing bonus of $10.08 million.

Mahomes has also contributed a huge sum to his net worth from multiple endorsement deals following his MVP season, he has shown up for brands like; Hunt’s, Oakley, Essential Water, Hy-Vee, State Farm, DirectTV, and Adidas.

He became the first player of Kansas City Chiefs to be named on the cover of the athlete for Madden NFL 20 (An NFL football video game).

To conclude, Patrick Mahomes’ net worth is estimated to be close to $10 million dollars.

17th Oct 2019: Patrick Mahomes suffers major injury running in the second quarter of the game against the Denver Broncos. He dislocated his right kneecap of Thursday night’s game. Reports confirmed that he will undergo an MRI to identify the patellar damage. Chiefs are yet to confirm if Mahomes will be out for the rest of the games.