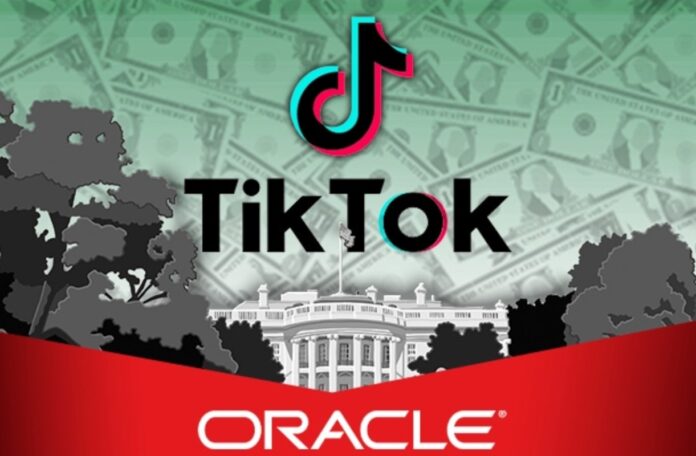 President Donald Trump’s ban on the Chinese TikTok app is seen as the biggest tech scandal since Facebook. In his speech, the President clearly stated under which circumstances the app can survive on US phones.

Namely, the Chinese app would have to sell to a US company and effectively find new owners. Well, ever since a few weeks ago, Oracle is seen as those new owners. The cloud applications and platform services with headquarters in Redwood Shores enquired about buying the app.

And this deal is seen throughout the space as the Oracle and TikTok Deal.

As of the current time of writing, Oracle agreed to take over the company and its 100 million American users. Although the app has far more users than that, it was done to preserve the bulk of the US user base.

The deal is seen as a smart move by American businessmen and politicians, who want the Chinese government out of American lives. The fears of Chinese espionage are nothing to be naïve about, as we’ve already seen that India has banned the app and hundreds of thousands of other Chinese apps.

However, what is the key talking points from the Oracle and TikTok deal? To clear the water, here are the 4 things you should know about the deal.

1. Oracle Won the Battle Against Microsoft

At first, it was Microsoft that was touted to be the front runner in the race to buy TikTok. However, ByteDance (TikTok’s parent company) couldn’t find an agreement. And Microsoft really tried to push for a deal, unfortunately, it didn’t fall in line with Microsoft’s core consumer values.

The main issue stems from the fact that Microsoft primarily employs a corporate-based user approach. Throughout the deal process, it was questioned whether the US company can meet the national security needs of the US government whilst also satisfying TikTok’s users.

Unfortunately, they couldn’t get the deal over the line and issued a statement shortly after.

But Microsoft has nothing to worry about as a weeks later they announced they had acquired Bethesda Games. The makers of the Fallout, Elder Scrolls, and many more titles were acquired along with many other studies that fly beneath the Bethesda banner. The deal is seen as a huge success to Xbox, with many speculating the new Bethesda games going to be Xbox exclusives.

2. A Connection Between Cloud Computing and Social Media?

Oracle is a cloud computing company that develops some of the best cloud software out there. And let’s face it, what sort of experience does Oracle even have with social media apps?

None, to be exact. So why is Oracle acquiring TikTok? Experts suggest that, besides Oracles’ zero experience with consumers and social media, the company is primarily focused on expanding its cloud computing business towards other areas of IT.

And as it turns out, social media might be a good place to start experiencing. Visit sites such as TikFuel.

3. The Deal Might Not be an Outright Purchase of the Service

Contrary to popular belief, this deal probably isn’t an outright purchase. This might anger some and make others very happy. But despite Oracle grabbing the winning ticket, it seems that this deal will benefit ByteDance more than Oracle.

According to the WSJ, instead of Oracle purchasing the license they will be named as a trusted partner.

This is major headline news as it goes completely against what President Donald Trump asked for. This would mean that Oracle will only help TikTok remain on the US market, not take full control of it.

The news isn’t as good as initially thought, as TikTok won’t be taking any orders from Oracle, and instead only act as a puppet mouthpiece for the US market. And what this means is that the Chinese government can still acquire data from US consumers, directly being a threat to national security.

And many experts suggest that this was the deal-breaker between Microsoft and Oracle. Furthermore, the AI algorithms which TikTok effectively manages consumer data were the primary focus of Microsoft.

4. The Deal Isn’t Really Done Yet

If you’re not following the news then you will be surprised that the deal hasn’t actually gone through just yet.

The deal is agreed between both companies, but it still has to go through the White House. President Donald Trump has expressed his desire for the deal to go through, but the regulatory committee has to make the initial inspections first.

Experts aren’t sure whether this deal will go through, but also not sure whether it won’t. At the current time of writing, both parties are expected to be approved, and even the President himself.

Naturally, we will have to wait before the decision is made but we’re hearing positive news so far. For starters, President Trump has openly endorsed the deal and even quoted saying “I think that Oracle would be certainly somebody that could handle it.”

Are the National Safety Concerns Real?

The question of everyone’s lips is whether the national security concerns are real or not. A social media app such as TikTok has access to tremendous amounts of data from US users, and there is a very real chance that they relay that data to the Chinese Communist Government. Data such as name, age, messages, and location are the types that the Chinese government is said to have real-time access to.

But TikTok says that the safety concerns aren’t real and that it doesn’t have any access to such information nor does it store it. TikTok also disclaims any notion that it gives information to the Chinese government.

However, many experts, but on domestic soil and from other countries, warn the US that if the Chinese government wants any information on US citizens, then they will get them regardless.

Smart Tactics for Getting the Best Cell Phone Deal in 2021

Дмитра Врачарић - May 7, 2021 0
Before improving your financial health, you need to change your perspective about money. If you are thinking that if you get a specific number,...

Why Social Media Marketing Is Important for Any Online Company?

Who Is the Most Famous Indian Actor in Hollywood

What’s The Difference Between VPS and Dedicated Hosting