Bristol has been a resilient place over the years, with some of the best clubs and nights outs managing to survive the many changes which have been seen throughout the city. There remain improvised spaces, studios and bars which pop around the city to give it the great nightlife it deserves.

You won’t find many samey venues, there’s lots of variety in Bristol, with hip hop, basements, following you all the way up to warehouses designed for all-night techno dancing. Plenty of nice bars and pubs as well, whether you want to sink a nice summerset draught, enjoy a glass of quality French wine, or go classy with a cocktail. Take a look at some more top nights out in Bristol here.

A former police station, which by day offers a creative workspace for Bristol’s various different creative outlets. A building for everything you can also do dance classes here! The Island also hosts a whole array of award-winning club nights, where there are old police cells that stretch under the main rooms and become dance halls!

The island also plays host to many artists and bands and has become a stalwart of local music over the years, hosting numerous gigs, micro-festivals and transgressive arts performances. Recently having hosted incredible events such as BS1 Open, Circus City and Destination Bristol, The Island is fast becoming one of Bristol’s best-known hot spots.

Rightfully known as one of the most legendary party spots in the entire city. A longstanding relationship with drum and bass means that this legendary basement venue has become a stalwart location of the drum and bass scene in the whole of England. It’s not all drum and base though, Cosies does mix things up with a Sunday reggae session, which remains essential for students and those who prefer a little something different.

Perfect as an after pre-drinks location, or if you fancy a few fancier drinks options first. After you’ve got yourself warmed up, get yourself down there for a few cheap mixers, a wild rave on the dancefloor and some absolutely steaming tunes.

It’s not every day that you have a bar which is also a beer/cocktail/pizza place! It might seem like your average trendy boozer, but it offers so much more. You can jam in a whole load of clubbers and turn it into a very crazy, cosy boozy night out! With a fantastic outdoor space, you’ve got loads of room to enjoy a tasty wood oven pizza and then loads of opportunity to pack inside, have a few too many drinks and do a bit of disco dancing.

Everything else around Blue Mountain, has the shiny look of flash and one of the best things that you can do is mix and match, switch them up, grab a few cocktails elsewhere, then hit Blue Mountain for a long night of raving.

A one of a kind venue in Bristol. Put simply, there’s nowhere else like in the city. Attic shares a huge courtyard with the Full Moon pub, as well as the backpackers’ hostel, you don’t even need to step inside the Stokes Croft venue for an idea of what to expect. It very much becomes a venue for an all-round long festival.

With a shisha-pipe area, picnic tables and a ridiculous variety of music, it’s one of the most impressive bars in Bristol and definitely one which you have to tick off your list. You might get drawn in by the reggae, drum and bass, or one of the many live bands which always seem to be playing in the city. It can get full of students too, who tend to sometimes bring their own booze and casually get away with it, but if anything, that just adds to it’s charm and makes it seem even more like a one of a kind venue.

Just over the road from the 02 Academy and tucked away underneath Park Street’s Armageddon bar, Basement 45 provides you with one thing and one thing only. A night full of hardcore dancing and raving. It’s one of the only places in town that you can hear genuine dance music and although Basement 45 suffered somewhat in its early years, as just being a solid drum and bass place, but now the club is now known as the place to go to for some proper party tunes, whilst still mixing it up with the sounds that gave it its heritage and history.

There’re tons of great places to go in Bristol, however, it all, of course, depends on what sort of thing you’re looking for. The city has become better well known over the years for becoming a decent night out and it’s just building on the reputation it has. If you’ve got the opportunity to go there, not only to check out the nightlife but also to see the incredible natural views of the city, as well as some of Bristol’s famous tourist attractions then it’s definitely something you should take up.

Bristol, of course, has more to offer within the nightlife scene apart from these bars and clubs. It’s one of the few cities in England which effectively has its own strip of bars and clubs and is really something special. But what really makes Bristol one of the top nights out in all of England is the diversity that the city offers, the fantastic range of options you’ve got when it comes to different places you can go to and different things you can do! 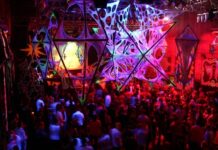 Everything You Have to Know About Germany Nightlife 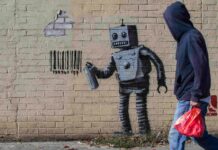 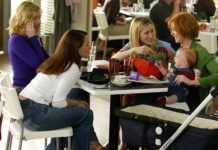 How to Start Going Out Again After Having a Child