Moving to a new country is a thrilling experience, especially if you choose a beautiful warm country such as Spain. However, we all make mistakes when embarking on something new. As Valuvillas on the Costa Blanca, who have been in the business for three decades, we see some mistakes replicated by UK expats repeatedly. In some cases, these errors were the difference between relocating successfully, deciding after a year or two that Spain was not for them, and returning to the UK, usually much poorer than when they arrived.

Due to our insider insight, you can learn from others’ mistakes. The better prepared you are, the more likely you are to have reasonable expectations, and it won’t be long before you have fallen in love with your adoptive country. So, here are the ten biggest (and common) mistakes we see repeated when new expats move to Spain.

In many towns and resorts in Spain, the way of life changes dramatically depending on the season. If you visit a resort town in the warmer months, you are likely to find it bustling with locals and tourists, with plenty to see and do. There are numerous bars and restaurants to choose from day and night, the weather is sublime, and you feel you could live there forever.

However, if you visit the same resort in the winter months, you might be shocked to find the streets are practically empty, hotels are closed, and the number of bars and restaurants open is limited. The weather can be almost as cold as in the UK, but you will likely feel colder, as public places, and indeed some accommodations are not geared up for wintry weather as they are in the UK. Unlike the Brits, the Spanish are not used to cold rainy weather and tend to stay indoors rather than brave the elements. As a result, resorts can seem lonely and dull in the winter, and the atmosphere is dramatically different from summer.

Therefore, it is essential to do your research and visit your chosen location spot several times in 12 months before deciding it is the right town for you.

2. Failing to Learn the Language

Soe people assume English is widely spoken in Spain, and while in towns like Javea, Marbella, and Benidorm that have a large number of British and American expats, and therefore finding English speaking staff is more common, don’t assume all Spaniards speak some English. The majority do not.

If you try to get by without learning a least a little Spanish, you might find day-to-day activities like shopping more complicated than it needs to be, and you will struggle when it comes to dealing with banks, town hall matters, and the like.

When on holiday in Spain, you really won’t need to know Spanish, most restaurants offer menus in several languages, and staff in bars and shops frequented by tourists mostly speak adequate English to cater to your needs. However, holidaying in and living in Spain are two quite different kettles of fish.

Fortunately, the Spanish language is relatively easy to learn, even though there are more verb conjugations than in the English language. But you do not need to worry if your efforts are not perfect. The important thing is that you can make yourself understood and can understand the other party.

These days there are plenty of ways to learn a new language, from online classes with a tutor, apps, or with a face-to-face teacher. Many town halls offer Spanish classes for foreigners at a minimal cost.

3. Assuming all parts of Spain are the same

A big misunderstanding regarding Spain is that many people think it’s all about the sea, sunshine, and sangria. But Spain is a large county, with distinct landscapes and deep culture. Depending on the region, the weather, food, surroundings, and even the languages spoken vary greatly.

In the south of Spain, temperatures are sweltering in the summer and pleasantly mild during most of the year. Snow on the Costa del Sol is rare. Whereas in Northern Spain. Galicia, Cantabria, Asturias, and the Basque Country predominantly have mild, agreeable summers but experience plenty of rain and chilly weather in winter. Likewise, on the other side of the country, while heavy snow is unusual in the North of Catalunya, the night times can be icy. While days might be sunny during the winter, you won’t see many walking around without a heavy jacket or a coat.

The southern Costas boost a beautiful coastline, but the arid dry landscape is entirely different from the north of the country, where the rich green fields are similar to those of Ireland.

Entertainment also varies from region to region. While you will still find old-style “Tablao de Flamenco” shows in the large cities and the southern provinces such as Andalucía and Granada, you will be hard pushed to find a non-touristic flamenco show in Catalunya. Many Catalan locals do not consider themselves Spanish and avoid any national traditions typically associated with other regions of Spain.

It’s one thing to research where you want to live, but on the other side of the research coin is the more frustrating legal research. You’ll need to know which legal documents you’ll need before moving to Spain, and we advise you to seek legal help instead of trying to go it alone.

The Spanish are famous for making their bureaucratic processes as difficult as possible. While attempting to sort out the paperwork yourself might save you money (both before and after moving to Spain), we can guarantee that you will always be a paper short after standing in line for an hour, no matter that for which you have applied. The expense is hiring a professional is well worth the time and effort you will expend trying to wade through the Spanish bureaucracy by yourself.

While you may wish to continue with some British customs while in Spain, such as enjoying a good cup of tea with a nice chocolate biscuit, there are some Spanish customs, you will be forced to accept simply because you are in Spain.

These include, but or are not limited to:

You will have to get used to banks and official services such as the town hall, traffic departments, and tax offices closing at 2 pm.

Many shops close between around 1:30 pm and 4:30 pm for the siesta. These days, this does not usually apply to larger stores, but if you want to get a key cut, buy a newspaper, or visit a tobacconist, chances are you will find these types of shops closed for several hours mid-afternoon.

Evening meals are eaten late in Spain. Of course, when eating at home you can choose to eat at whatever time you want, but if you are accustomed to having your last meal early evening in the UK, you are likely to find many restaurants do not open until 8 pm in Spain.

The Spanish are loud! When entering a Spanish bar where just a few locals are present, a fight is about to break out. It isn’t they are merely following their custom of shouting over each other to be heard.

Coming from the UK, where queuing is one of the pillars of British society, the (apparent) lack of queuing is very annoying for newly arrived expats. While not so prevalent in younger people, many older generation members still do not see the point of queuing or waiting their turn. Having someone walk in front of you in a queue is highly irritating, and thankfully, something one sees less off in recent years due to ticket systems.

In those places where old-fashioned waiting in line is still the norm, don’t be surprised to find yourself waiting patiently, only to be queue jumped as you are about to take your turn.

There is also the thing of “El último?” The arriving customer asks this to find out who is in front of them. After enquiring, they may decide to wander off and take a seat somewhere rather than stand in line. Then, just before the person in front of them leaves, they will jump up and take their place in the queue. This is a bizarre system for the British, but one you should adhere to if you walk in a place with plenty of people waiting but no apparent line, and enquire “Quien es el último?”

As you can see, it’s imperative to research before you move to Spain. Of course, you will not be able to research every detail; you can only learn some things from experience. However, knowing some common mistakes can have influence in how well you adapt to your new life.

If you have any questions or need advice on moving to Spain, don’t hesitate to contact us. Is Colorado Springs a Good Place to Move to in 2021 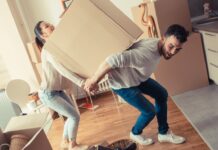 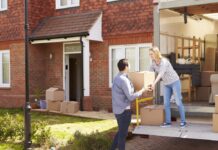 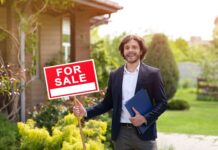 7 Pros and Cons of Being Your Own Real Estate Agent

12 Tips on What to Know When Moving Down Under: Useful and Fun Facts About Australia – 2021 Guide 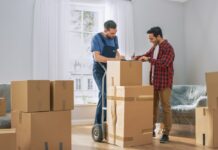 How To Hire The Best Movers For Your Upcoming Move

How Long Does It Take To Mine 1 Bitcoin On A...

Дмитра Врачарић - January 23, 2022 0
Are you new to bitcoin mining? If yes, you might want to know whether it is possible to mine Bitcoin on a laptop and...

6 Professional Athletes That Have Invested In Bitcoin

Do Protein Shakes Work | What Is The Ideal Time To...