Adventure travel is one of the fastest-growing niches in global tourism, and it’s easy to see why. When the same daily office routine grows old and stale, people want to be able to experience some excitement when they’re on vacation; and, with adventure travel, they have all the elements of an adventure—the risk, danger, challenge, and the rush.

What may be less obvious, though, are the mental health perks of this form of tourism. Not unlike adventure therapy, a form of psychotherapy that has been around since the 1960s, adventure travel offers some distinctive therapeutic benefits for people who want to kick a case of the blues or improve their wellbeing. Whether it’s hiking the Annapurna Circuit, ziplining over Niagara Falls, or scuba diving with sharks, embracing your inner adventurer can reap at least five mental health awards….

One of the biggest reasons people crave adventure is the thrill of the experience. Tackling a challenge and reaching a goal that involves a certain level of risk or danger elicits a physical neurochemical response. The brain releases a surge of “feel-good” neurotransmitters. This spike in dopamine, adrenalin and endorphins creates a natural high that can relieve depressive symptoms. (Read more about addiction and mental health services at FHE Health.)

Research has only begun to explain the link between feel-good neurotransmitters like dopamine and depression, but with increasing study, scientists seem to be zeroing in on an undeniable connection. For example, studies have suggested that dopamine deficits are a manifestation of major depressive disorder and help to explain why people with clinical depression aren’t able to feel pleasure in their usual daily activities.

This condition, known as “anhedonia,” is a core feature of depression that often finds relief from medications which increase the availability of dopamine in the brain. But an intense natural high can also raise dopamine levels, creating a similar antidepressant effect. When someone is whitewater rafting in the Grand Canyon or parasailing in the Alps, the pleasure and reward center of their brain lights up, activating a surge in dopamine. The bigger the thrill, the bigger that surge—and, the more content and happy they’ll feel.

Typically, when you want to accomplish something difficult that scares you or pushes you to your limit, you first have to come up with a plan. This process demands logic and problem-solving skills.

Say, for example, you’ve always wanted to solo hike the Pacific Crest Trail. A successful trip will require devising an itinerary, deciding what to pack and how much weight to carry, and figuring out the number of miles you’ll be logging each day. You may also need to take a wilderness safety course and consult others who have hiked the PCT. Depending on your hiking and camping experience, you may even have to learn how to pitch a tent. Click here for a guide to 12 person camping tents.

And, as it turns out, how you feel about yourself and what you do—your confidence and self-esteem—can also negatively affect your relationships. A cycle can ensue. Over time, poor relationships and negative interpersonal experiences chip away at an already fragile sense of self, causing negative mental and emotional effects.

Usually, adventure travel also involves others, working as a team, gathering information, and being a part of something which increases your sense of social connectedness. Greater social connectedness and belonging are good for mental and physical health. We are social creatures, after all, and need social support systems in order to thrive. Studies cited by the Mayo Clinic have found that people with a greater sense of social belonging cope better with stress, thus mitigating the mental and physical impact of stress.

The bottom line: Like many physical diseases, mental disorders are often stress-induced; a boost in social belonging can reduce your chances of developing anxiety, depression or another mental illness.

Traveling to a new place can also improve brain function and sharpen cognitive skills. A 2019 article in Forbes explained how. The neuroplasticity of the brain means that it can change (for better or worse) across a lifetime. Travelling to a foreign place, learning a new language, or even trying a different cuisine can get those neurons fired up, which in turn enhances cognitive function.

This phenomenon—the brain’s ability to grow in response to new and enriching stimuli—came to light in studies on lab rats in the 1960s. Rats that were placed in a stimulus-rich environment with plenty of toys and new social interactions developed a thicker cerebral cortex than rats that were raised in a sterile and empty environment with no toys or social interactions. (The cerebral cortex governs many complex cognitive processes and accounts for half of the brain’s weight.)

The application to humans here couldn’t be more direct. When a person’s only experience is the same day-to-day routine of the office, their brain suffers—but when they travel somewhere new, exotic, and challenging, they do their brain a huge favor.

5. Better Mood and Memory from Being in Nature

Then there are the mood and memory boosts of being in nature that help to illustrate another therapeutic dimension of adventure travel (most of which is spent in the Great Outdoors). For example, experts at Harvard have recommended getting out on the basis of these study findings:

With respect to this last point, memory, still other studies have shown that nature walks improve both short-term memory and working memory.

When considered together, then, these five mental health perks of adventure travel may convince even the most risk-averse to embrace their inner adventurer. Time to dust off that bucket list—maybe even book a trek to Machu Picchu!

The article is provided by Dr. Beau Nelson, DBH, LCSW. 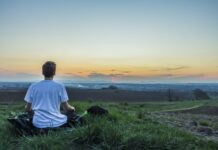 How Do You Calm Yourself Down During a Difficult Time? 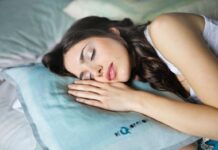 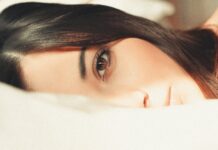 The Deadly Silent Enemy Everyone Is Too Afraid to Talk About 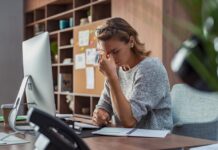 How to Take Care of Your Mental Health While Self-Employed 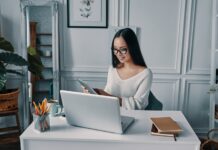 The Brave New World of Remote Employment: What Should Businesses do Differently? 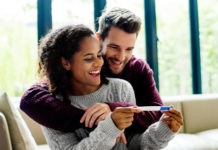 Preparing for Pregnancy – 10 Things All Couples Should Do 2022