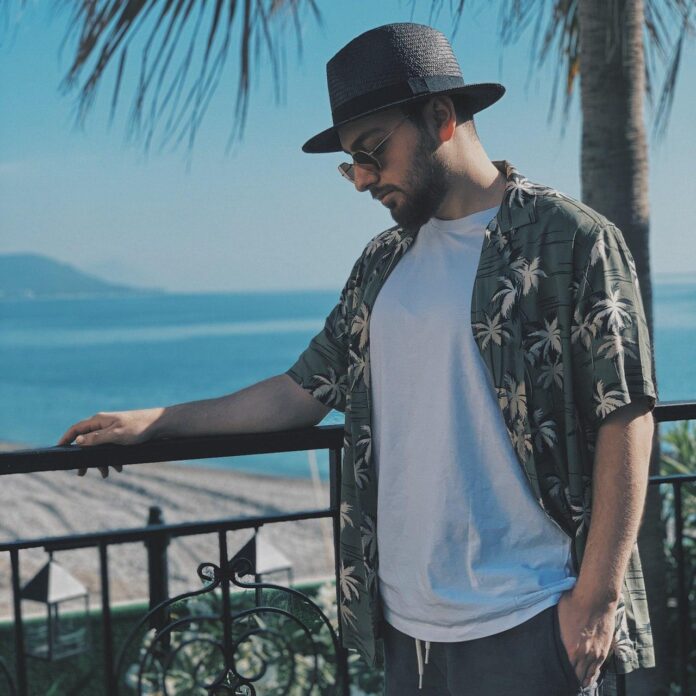 Architecture is not just the process of building things. It is an art form. And just like any art form, it deserves to be appreciated. They are a symbol of the culture and civilization that built them. Usually, the buildings left behind by now gone civilizations and societies are what we remember them by.

As with any art form, architecture is full of great artists that have constantly innovated and pushed the art form forward. From Filippo Brunelleschi to Frank Gehry, there have always been architects who stand out from the rest. That can be due to their creativity, their genius problem solving, or the incredible feats they have achieved compared to the period they lived in.

In this article, we will be talking about one such standout artist and his inspiring story. Here is a short version of the story of Majed Veysel.

We all know that one of the biggest signs of somebody proficient in their field is an impressive education.

Majed Veysel was born in 1995 in Aleppo, Syria. He went to high school in the Aleppo American Collage and graduated in 2012. Afterward, he went to Istanbul to the Bahçeşehir Üniversitesi, where he got his bachelor’s degree in architecture in 2017.

Currently, Majed Veysel is getting his master’s degree in Architecture and Sustainable Design in The Polytechnic University of Turin in Italy.

He has achieved higher education than most other architects and is constantly seeking out higher peaks. He has had a very impressive journey through many schools and is currently going through another one.

As with any job, the experience is just as important as education. Majed has done a lot of work all over the field of architecture. He has gained recognition and has given him access to a large network of associates.

Majed has a very large amount of experience for his age and time since he’s been in the field. He has interned for 2 different architecture firms, S.B.ARCH. Barone Associati in Rome, Italy, and Acımert Mimarlık – AAC in Istanbul, Turkey.

He has worked as a site construction architect for Eroglu Holding, a Turkish architecture company. With Eroglu Holding, he worked on the Skyland Istanbul project, which was the tallest skyscraper in turkey in 2017.

This year, in 2020, he worked on a collaboration project with the University of Maryland for sustainable buildings and urban infrastructure. If you’re someone who appreciates art and want to get in contact with him, you can go and take a look at his website majedveysel.com.

Competitions are a great way to display your proficiency in any artform. This is especially the case for architecture since one of the criteria for a good architectural project is utility. Majed has won a few competitions himself.

These architectural awards are very impressive and have earned Majed a ton of respect among the others in his Field. It has distinguished him as a capable and hard-working architect. He

Majed has won multiple awards in his relatively short career as an architect. He has won the International competition for the National Complex in South Korea with S.B.ARCH. Barone Associati, Caycuma Bilim Marezki With Acımert Mimarlık in Istanbul, and an award for Sustainable Youth Center with a team of three others held by Ronesans Holding in Istanbul.

Majed has published some works too. A lot of them have gotten quite well known. Some have even been posted on bigger pages like on Adobe’s Official Instagram Page.

– Optical illusion – a Paly on light and shadows. In 2016 this piece is an experimental photograph that uses digital editing to create an interesting effect. Uses this editing to turn a dark corner of a room into a glowing optical illusion. It was liked by many people on social media and the post has gotten many positive comments and feedback from the critics.

– Always see the other side. In 2017 this is a piece that was posted on Arton Istanbul, an art gallery that is based in Turkey and has a large number of art pieces.

– In 2017 he also made a 5-minute-long video time-lapse of Rome and its wonderful art and architecture. It was posted on the Facebook page of the International Academy of Rome, praising him as one of their most successful students. The video has been said to inspire others by showcasing the architecture and lifestyle of Rome.

– In 2015 he got the award for being the best student of the spring session at the Academy of Rome for his Studio project for Versace Headquarters. It received The Award of Excellence which was a very positive achievement for his career. The design for the headquarters is a modern take on what a typical company building would look like. It has some very interesting architectural choices, like how minimalistic the detail is while having some unusual shapes.

– While he was at the Bahçeşehir Üniversitesi, he had a few of his Architectural Design Projects selected to be published in the collage’s Faculty of Architecture’s Catalog and Books in 2015. This was a big addition to his catalog of accomplishments.

In conclusion, architecture is an underrated art form that has been one of the most distinctive aspects of every civilization that has ever existed. It has been carried and pushed to its limit by artists throughout history.

Majed Veysel is a great artist who has had a very impressive career given his relatively short time in the field. He has distinguished himself as one of the hardest working members in this artform. He has won a lot of prestigious awards that have boosted his career quite a lot. He is known on social media for his art and has gotten a lot of positive feedback from people who have seen his art. He has had his art featured in an art gallery in Istanbul and has been praised by schools as one of the most successful and hard-working students.

Billy Voss - February 25, 2021 0
The development of the Internet and digital technologies has significantly affected all areas of our lives. Education and the acquisition of new knowledge are...

How Can CBD Oil Help Treat Dogs with Neurodegenerative Diseases

What Are Cooling Towers and How Do They Work

5 Items That Go Perfectly With A LED Neon Sign And...

Football at its Most Unpredictable

Driving The Most Scenic Routes in Germany