Home Animals Lipizzaner Stallions – All You Need to Know About

Some of Europe’s finest horses and the world’s oldest cultural horse breed, the Lipizzaner stallions rose to worldwide fame at Vienna’s Spanish Riding School. But even after 500 years, their circle of influence keeps growing. Find out what makes the Lipizzaners special and where else to find them.

What Makes The Lipizzaner Stallions Special?

First and foremost, the vast majority of adult Lipizzaner stallions are white. While this baroque pageant and parade horses only measure 152 to 158 cm hands high, they have muscular bodies and strong legs and backs. These characteristics along with good endurance make the Lipizzaners ideal for horse riding but also to draw carts and carriages.

Because they are social and docile and known for their elegant, bouncy gait horse breeders soon realized that Lipizzans were ideally suited for dressage. In general, a Lipizzaner has a good mental capacity, is brave eager to learn. However, it is also strong-minded and therefore requires experienced horse breakers to train it.

While the Spanish Riding School derives its name from the original Spanish horses used by the Habsburg Emperors, the actual breeding tradition is neither Austrian nor Spanish. The tradition of breeding Lipizzan horses is an acknowledged Croatian cultural heritage and roots in the Croatian regions of Baranja, Slavonija, and Srijem. Whereas the stallions for the Imperial Court in Austria used to be bred in the Slovenian stud of Lipica. The tradition of breeding Lipizzaner stallions might even become a UNESCO World Heritage in 2022.

If you watch a performance or hear about Lipizzaners you will come across six to eight ‘family’ names that information about the origins of each horse: Conversano, Favory, Maestoso, Napolitano, Pluto, and Siglavy derive from classical foundation Lipizzans at the Lipica stud. In Croatia, Hungary, other Eastern European countries, and the United States of America, two additional officially accepted Lipizzan foundation lines can be found: the Incitato and the Tulipan (black). The largest Lipizzan family is the Conversano. Since its founding stallion was black, some of today’s Conversanos remain black even after they reach adult age.

Where To Watch Lipizzaners?

Most prominently, fans of horses and classical traditions watch the Lipizzans at the Spanish Riding School (Spanische Hofreitschule) in Vienna. Almost daily the Lipizzaner stallions train at publicly accessible Morning Exercises. During two hours, trainers in traditional uniforms guide about six to ten horses to perform different movements in the baroque winter riding hall to the sound of classical music. Because the Morning Exercises are informal, visitors are free to quietly move around the galleries and enter and leave as they please.

On certain days, you can also join a guided tour through the stables to learn about the breeding and daily routine of the horses.

At a 45 minutes’ drive from Vienna, the stud in Helderberg provides the Lipizzaner stallions with a center for training and recreation. Before being admitted to Vienna’s Spanish Riding School Lipizzans undergo six years of training in the Haute Ecole of classical dressage. Only when a Lipizzaner masters the School Quadrille he is ready for the Hofreitschule in Wien.

The training center itself welcomes visitors throughout the year to gain a deeper insight into the world of these unique baroque horses. In the summer, visitors will also be able to watch the horses play around in the paddock. Apart from the horses, the Helderberg also hosts a falconry center, a center for vintage cars, a replica of an original stone-age village, and an English garden.

In June 2022, the next annual festive Lipizzaner Gala event at Helderberg is scheduled to take place. Every year, hundreds of visitors watch the art of classical horse riding and the Haute Ecole but also an endearing show of the foals with their mares, in an open-air event onsite.

West of Graz, the regional capital of Austria’s Styria, the Federal Stud in Piber breeds and raises all Lipizzaner stallions for the Spanish Riding School in Vienna. Each year, about 40 foals are born. At the start, their colors are grey, brown or black, until most of them change to white after four to ten years. To train their endurance and leg muscles from an early age, the foals spend their summers on Alpine pastures close to the stud.

Horse fans from all over the world can also buy their own purebred Lipizzaner horse at Piber. Compared to expensive racehorses or fully trained Lipizzaners for the Spanish Riding School, you can buy a young Lipizzan horse for EUR 4,000 to EUR 10,000, depending on their level of training. The Spanish Riding School, in contrast, buys Lipizzaner horses after a training period of up to 12 years for more than EUR 100,000.

To take part in a guided tour through the stud, visitors should book directly in advance. Other than that, the young Lipizzaners can also be watched at their Alpine pasture Stubalm near Piber.

Amidst Slovenia’s rolling hills the stud in Lipica leads to the cradle of the Lipizzaner stallions. In fact, Lipica is the world’s largest stud farm hosting Lipizzans. Where once the Bishop of Trieste spent his summers Habsburg archduke Charles raised his beloved horses from Spain. Because the climate and soil resembled that of Spain, the horses found familiar ground. Today, the 300 resident horses are bred and raised on luxurious 300 hectares of green space.

Apart from visiting the stud farm, there are various ways for visitors to connect with Lipizzaner horses, from trail riding in the rural surroundings to dressage riding programs. At international events, Lipica’s own Classic Riding School often performs.

Like in Piber, you can also buy your own Lipizzaner.

The stud farm is open for visitors all year round, allowing for independent and guided tours through the farm, visiting the historic center and the Manor. Individual visitors do not require reservations. 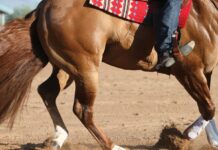 How to Mix the Best Footing for Horse Arenas 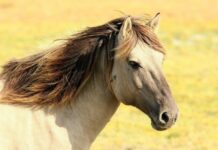 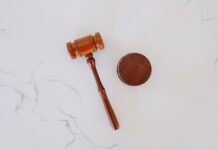