Star Wars was and is a huge franchise. More than that, it is a cultural phenomenon that has shown little sign of slowing down. Throughout the movies and books, many different stories have been told. The world of Star Wars becoming richer with each new entry. However, a few factors were presented throughout almost all of these. The Jedi, their enemies Sith, and the lightsabers both sides wield. What may surprise you is that the colors of these well-known weapons have an actual meaning. Let’s dive into what that is for each color.

The most popular lightsaber by far, only matched by the red one. The blue lightsaber was the first one audiences got to see back during the original theatrical run of Star Wars. The weapon was wielded by both Obi-Wan Kenobi and Luke Skywalker, who later replaced it with a green one. Both of these characters are beloved members of the good guys of the movies, painted in their behavior by the color of the lightsaber they wield.

Blue ones were associated with more physical Jedi who didn’t dwell as much on mystical powers of the Force but rather on the swordsmanship. Jedi are based on warrior monks, so it makes sense to have one of the lightsaber colors accent the warrior part. Obi-Wan characterizes this perfectly, only using a few simple Force abilities.

Additionally, blue is a color associated with the justice, truth, and serenity of the wielder. These qualities were not exclusive to the blue lightsaber wielders, but they were the most prominent.

In terms of notable users, the green lightsaber has both Luke Skywalker and Yoda. This color was most frequently associated with those who dug deeper into the mystiques of the Force, learning to better control it and developing quite a few potent skills. Green lightsaber users would often be skilled diplomats as well. Leaning more into the mental capabilities of the Force rather than the blue user’s physical ones.

However, this doesn’t mean they were any less capable in battle. Although mostly pacifists, these Jedi could duel with the best of them still. Yoda showcases these lightsaber skills exceptionally well during some of the scenes of the prequel trilogy. There, he effortlessly employs telekinesis to throw about heavy objects, match skilled duelists blow for blow, and keep inhuman agility. All of this while barely straining himself.

While we don’t get to see a lot of Force techniques from Luke in the movies, the little we do see is quite impressive. In the original trilogy, he does multiple impressive acrobatic feats that were only made possible through his honed skills. Lifting a whole spaceship out of the swamp during his training with Yoda is another example of his abilities.

Lastly, Green lightsabers are synonymous with growth, harmony, and nature. Something repeatedly confirmed with the characters that use these weapons and their actions. If you wish to replicate these cool weapons in the real world, check this, xenopixel lightsaber is a real-world replication of a signature weapon of Star Wars with modern technology. While it won’t cut it sure will feel awesome.

A unique one, a purple lightsaber, was first seen in prequel movies. Wielded by Mace Windu, a character played by Samuel L. Jackson, the weapon was initially introduced exclusively due to the actor’s wishes to stand out.

It’s hard to argue with the results, as the lightsaber’s unique color could always be discerned in just about any scene. Not only that, it left enough of an impact to stay remembered throughout the years.

The lightsaber itself, at least canonically, was only wielded by Mace Windu. Windu engaged in training, not unlike that of those Jedi who had blue lightsabers, focusing on swordsmanship and physical prowess. Windu’s skill with the weapon was so refined he was considered to be the second-best duelist in the Jedi order, only being surpassed by Yoda.

The purple lightsaber has had a lot of speculations tied to it when it comes to meaning. However, the recent implication is that such color is tied to royalty and nobility. Not only that, the mix of colors implies the Jedi is balancing between the Light and the Dark Side of the Force, using the latter’s powers without letting themselves get consumed.

Surprisingly enough, red lightsabers are far different than the other colors. While they are wielded by Sith, they are also different in creation. You see, the usual way of creating a lightsaber involves using a crystal mined from a specific planet and then focusing your Jedi powers through it. The meditation is long and arduous, but it results in a potent weapon.

While meditation is still present for most red lightsabers whose origin we know of, it’s also done through artificial crystals. These synthetic materials have different origins, but they have been shown to require a special forge. The red lightsaber’s color doesn’t stem from the actual crystal’s color. Rather, it is completely based on the Dark Side essence that’s funneled into it by the Sith.

These lightsabers don’t have as granular of a meaning as the other ones. All of them are used by Sith, whose key emotions are very much on the negative side. Anger, hatred, aggression, strength, and other forceful emotions are at the forefront of the Sith’s philosophy. The color red, reflecting these qualities quite well, stands to paint not only a single Sith but any who’ve been influenced by the Dark Side.

If a Jedi was to use this weapon or make it their own, the red color would get washed out. This is due to the Jedi banishing all of the darkness within the weapon.

Unseen in the more familiar pieces of Star Wars media are some other lightsaber colors. These include yellow and orange. Yellow is most frequently associated with protectors, being the common color for Jedi temple guards. They also symbolize hope and goodness.

Orange lightsabers have been associated with ambition, creativity, and resourcefulness. The orange also ties into the balance between the Light and Dark Side, just like the purple one. It symbolizes somebody who has not forsaken either philosophy and walks a path that is between the two rather than being fully dedicated to either. CBD Could Be Used as an Initial Treatment for Chronic Pain, Stress, Anxiety, Depression, and Insomnia 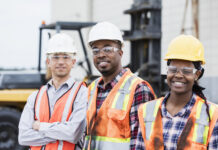 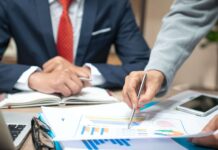 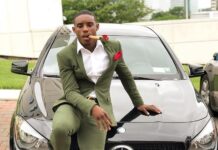