Home Celebs How Khloe Kardashian Lost All That Weight 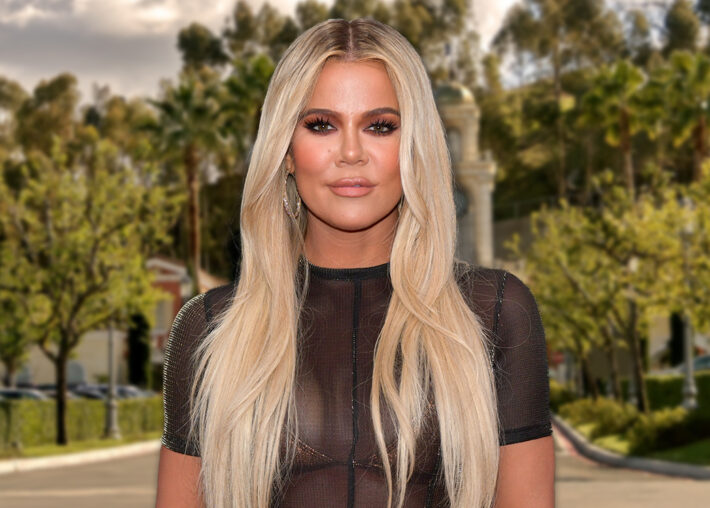 When talking about celebrities who have lost a lot of weight, one of the first people that first pops up in mind is certainly Khloe Kardashian. After breaking up with her long-time boyfriend, NBA player Lamar Odam, Khloe has gone through a very rough patch that has resulted in some unhealthy life choices and drastic weight gain. Khloe gave birth to her first child in 2018 and has lost an astounding 60 pounds of weight in the following period.

Although Khloe works with a team of some of the world’s best nutritionists and trainers, one of the main reasons she has been able to lose so much weight, in her words, is by following a certain low-carb diet. She explains how low-carb diets are full of protein and how they give her the energy for intense workout sessions in the gym.

If you are wondering what the secret is behind her massive weight loss and which low-carb diet helped Khloe Kardashian achieve such remarkable results, the answer is the popular Tom Brady Diet (TB12).

Khloe Kardashian and the TB12 Diet

The TB12 method was created and named after the famous football player, Tom Brady. Khloe Kardashian is one among a huge number of celebrities that follow this diet, however, not every celebrity can brag about their visible results as much as she can.

The Tom Brady diet is a diet that is essentially based on protein and plant intake. It’s very similar to other low-carb diets in terms of included food. Milk and other forms of dairy, caffeine, alcoholic beverages, artificial sugar, and processed foods are banned in this diet. There are fruits and vegetables that are generally considered healthy that are also restricted.

There is a good reason why the TB12 rules are so severe. The foods that are included in the diet are full of nutrients that help your body fight inflammation.

If you want to know more about the TB diet and grasp some in-depth details about how it works, which foods should be avoided, and which included, you should check out this article that covers all of these points. You will also learn what the best way you can follow it is without being a millionaire reality TV star.

Occasionally, Khloe likes to include some exceptions from the diet (such as drinking champagne). She says that she is essentially a food lover, and she would rather do a longer gym session if it means including some of the “unhealthy” indulges into the diet. Her team is very supportive of this because they believe it’s good to allow her to cheat on her diet occasionally if it helps her stay on it for the long-run. It’s important not to get on your client’s back if he sometimes makes an exception from the diet, instead, you should support him and keep him motivated to continue explaining how they have made so much progress. They also praise Khloe because if she does have a “cheat” meal during the day, she will basically stay two hours longer in the gym working out to burn those extra calories. Her strict workout regime is the biggest reason for her weight-loss aside from the diet. If you are interested in what Khloe Kardashian eats during the day here is how her daily meal plan looks like.

The second meal she has is the after-gym snack. It could be something as simple as an apple (TB12 diet excludes mixing fruit with other snacks) or some other snack like two poached eggs with one cup of oatmeal. Eggs are good because they have protein that builds and maintains muscle.

Khloe is very strict about avoiding coffee. For a snack before lunch, she enjoys having either another piece of fruit that contains fiber to keep her full until lunch.

One of Khloe’s favorite lunches is Chinese Chicken Salad. She includes two grilled chicken breast fillets (around 4oz) into the recipe and a half portion of potatoes along with a veggie salad. She includes potatoes because it’s full of nutrients that moms need after pregnancy. The salad shouldn’t be anything too fancy, anything that is high in iron should do. Spinach, broccoli, and asparagus are her most frequent choices.

Another fruit portion or a handful of almonds combined with a cup of celery do the trick for Khloe in the early afternoon. She explains how it’s important to stay full even after lunch so you don’t go binge eating some unhealthy foods.

Once again, the next meal also includes almonds. It looks like almonds are Khloe’s favorite go-to snack. But it isn’t surprising considering its benefits and the fact that it keeps you full. If they aren’t enough to hold you until dinner you can take a cup of cherry tomatoes to go with it.

A lot of people enjoy ordering a pizza after a long day of work, but not Khloe Kardashian. For dinner, she enjoys a salmon staked baked in the oven and some sautéed asparagus. If she is really hungry, she sometimes pairs it with an Asian salad.

For the last meal of the day, Khloe takes up one more fruit portion such as a cut-up mango.

This is how Khloe Kardashian’s meal plan looks like. She also includes a lot of water between meals and does high-intensity gym training sessions. A combination of this with the Tom Brady diet is what helped her lose so much weight and gain her healthy and beautiful figure. 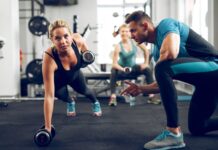 How Much Does a Personal Trainer Cost in London? 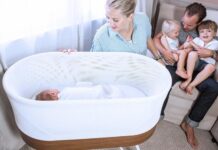 7 Things To Look For When Buying A Baby Bassinet 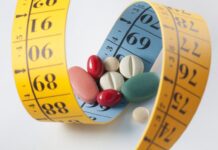 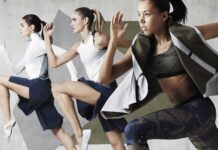 Why Should You Wear Proper Sportswear When Exercising? 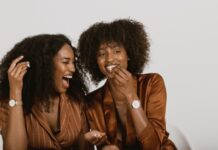 Transform Your Appearance Today With These Easy-To-Follow Tricks