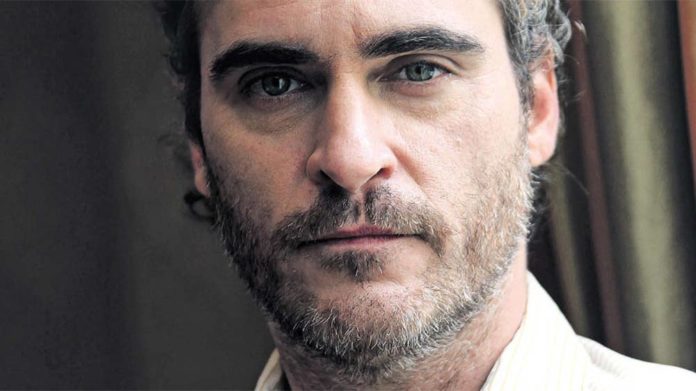 Many believed that only the deceased Heath Ledger was able to give us the amazing performance of the Gotham resident named Joker. He was awarded an Oscar for his performance, but unfortunately, the actor died before he could receive the award. The talented actor named Joaquin Phoenix surprised us all when he gave an outstanding performance of the mentally disturbed man who called himself Joker.

Before that, he was in may amazing movies, like Walk the Line and Gladiator, but this role placed him at the center of the attention. He is everything everyone is talking about these days. If you want to know more about this amazing man, and what is his net worth today, take a further read into our article.

Joaquin Rafael Phoenix’s zodiac sign is Scorpio, as he was born on October 28, 1974. He was born in San Juan, which is located in Puerto Rico. His parents were missionaries for the Children of God, and during his early life, he had to move due to his family’s work constantly. His father’s name is John, and his mother is called Arlyn. They changed their surname from Bottom to Phoenix after they left the group.

Joaquin has an older brother called River, an older sister named Rain. He also has two younger sisters named Liberty and Summer. When Joaquin was just four years old, he and his family moved to Los Angeles, which is located in California, one of the United States of America.

Their mother was always supportive of her children, and she encouraged them to pursue a show-business career. River was first to enter that world, as he appeared in Seven Brides for Seven Brothers. That was a TV show, and it ran from 1982 to 1983. Joaquin had a guest appearance on the show, and he was just eight years old at the time. After that, he landed a small role in The Fall Guy, Murder, She Wrote, and Hill Street Blues. River and Joaquin played brothers in ABC Afterschool Special. It was focusing on dyslexia.

The first movie in which Joaquin appeared was Space Camp. He had a supporting role in the movie, and at that time, he finally had his big break. Parenthood is a comedy from 1989, and the actor portrayed the son of Dianne Wiest. He was fifteen at the time, and despite his big break, his older brother was the famous one.

Tragedy struck in 1993. River and Joaquin were partying at the Viper Room when suddenly River fell on the ground outside the nightclub. With all the efforts to bring River back, he passed away on October 31.

One of the most successful projects the actor made was Walk the Line. He portrayed the legendary Johnny Cash in 2005, and in addition to acting, he was also singing in the movie. He and Reese Witherspoon worked hard to give justice to Johnny and his wife June Carter Cash. The movie, as well as the actors, received many prestigious awards and nominations.

After the movie ended, Joaquin Phoenix was in a bad state, and he ended up in rehab due to alcohol abuse. “There was a lot made of my going to rehab, and it seems very dramatic, but it wasn’t like that,” the actor shared with Time magazine. “I just became aware of my drinking as a tool to relax when I don’t work. I basically went to a country club where they didn’t serve alcohol.”

The talented actor had many more successful movies in his carer, like Her and finally Joker. The performance in Joker made him even more famous and brought him a lot of praise and wealth.

The actor is in a romantic relationship with Rooney Mara. The two appeared in Mary Magdalene, and they started dating in 2016. In June 2019, they got engaged. In addition to acting, he is also a philanthropist, and he is supporting many charities.

Before Joker, Joaquin Phoenix had a nice income. But with the release of Joker, his wealth increased for a serious amount, and that isn’t going to stop any time soon. The talented actor is also a producer, and he is receiving money from that as well. As of 2022, his estimated net worth is around $35 million.