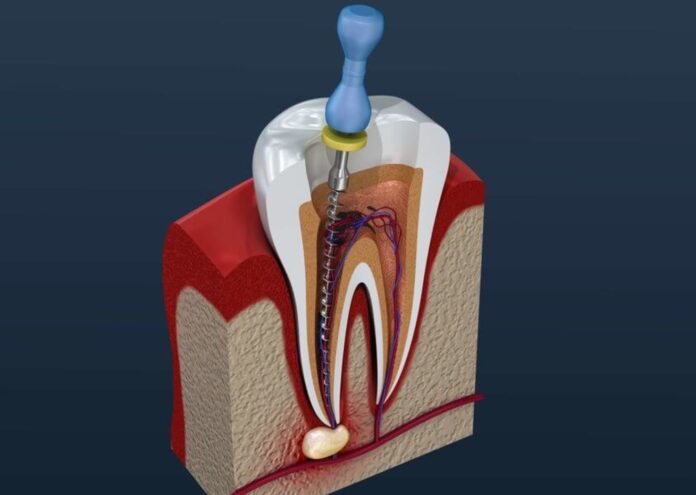 Skepticism may shield you from harm or poor decision making in many situations, but when it comes to medical and dental questions, the “background noise” of public talk or poorly researched articles can trigger and – in some cases – even exaggerate already existing fears, to a harmful degree.

The fear of the dentist is as old as dentistry. Among common dental procedures, root canal treatment and wisdom teeth removal undoubtedly take the top spots in terms of dental anxiety among most patients. But, thanks to modern methods of anesthesia and minimal-invasive approaches, most of these fears are exaggerated and the benefits of the treatment far outweigh the risks of both of these procedures.

According to gddc.qa the rationale for root canal therapy in general, stipulates that, once the dental nerve and pulp, get either infected or irreversibly inflamed, it needs to be removed and the emptied root canal should be disinfected, cleaned and shaped for a root canal filling. In other words, the tooth should be preserved in function, by eliminating the source of the pain. The main objective therefore is to save the tooth from otherwise being extracted. And, according to literature and the combined experience of a vast majority of dental professionals, it works very successfully since many decades.

So, why is it that, this established and scientifically proven method of tooth preservation, is being criticized from a small number of dentists, who apparently found a sizeable audience.

To explain this, we need to look back to the founder of the idea of the harmful root canal treatment, which takes us back almost a century to the year 1922 when Dr. Weston Price published his textbook outlining what he saw as potential dangers from Root Canal Therapy. He argued, that root canal treatments, would cause severe illnesses and chronic diseases. Almost immediately, his arguments were dismissed by the American Dental Association (ADA) with reference to a lack of scientific evidence for his proclamations in the light of overwhelming evidence for the benefits of root canal therapy. Although Dr. Price didn’t find a significant followership in his times, his work gained late attention in the circles of alternative medicine. As the century passed, the arguments are largely unchanged. Root Canal Treatments are being suspected to cause chronic diseases and autoimmune responses, without providing any scientific evidence to prove the claims.

But in the age of the internet and its huge load of valid and invalid sources, scientific evidence is not always considered sufficiently – especially and understandably – by readers or listeners of a non-scientific background.

It is up to the scientific community and their representative bodies, to counter false or unfounded claims, wherever they arise. This is as true for root canal treatments as it is for most vaccinations.

With that being said, the following summary is meant to shed light into some of the most common misconceptions and false claims (we will refer to both of them as “myths”) in regards to root canal therapy.

The fact is that most root canal treatments done under proper local anesthesia aren’t painful. If there is a pain experience, it is almost every time manageable with further local anesthesia. Especially methods like intraligamentary and intrapulpal anesthesia can help out, in severely inflamed teeth, where there might be a resistance to conventional local anesthesia. The pain management on infected teeth can also involve a prescription of pain medication (and in some cases antibiotics) prior to the root canal therapy.

Unfortunately, not all dentists mastered the art of pain prevention and management through the proper application of different anesthetic agents and methods. But most dentists and almost all specialists in endodontics show sufficient skills nowadays.

It is important to remember, that root canal treatments are in fact the most effective way to resolve dental pain and save the treated teeth at the same time. Most patients leave their dentist very satisfied, but as with most things, it is rather the negative medical experiences that get reported to our friends and family.

As already mentioned above, these rumors bar any scientific evidence. The scientific community is also not taking them seriously, because all evidence points to the advantages of root canal treatments. This, however will not prevent the spread of false information in the digital age and dental professionals will have to further educate their communities and patients on this and similar other dental topics to counter some illegitimate claims from the spheres of alternative medicine. The most effective way to achieve this might be a less scientific approach and rather an appeal to the common sense of the patients. Their skepticism might be shaken by the simply outlying the alternative treatment plan, which almost always involves invasive extractions and costly replacements by implants or fixed partial dentures. Some alternative dentists, I talked to about the question of alternatives, told me that they recommend just to leave the extraction site alone and do nothing.

Considering that teeth play a crucial role in our food intake, digestion and quality of life, this argument might – for very good reasons – not appeal to too many patients. Even dental implants, which can safely be considered the best alternative for a missing tooth, should not be seen as a better replacement in case there is reasonable hope to save a tooth through a root canal procedure. Firstly, the tooth is structurally superior to any artificial replacement. Secondly, sufficient root canal treatments have roughly the same long-term prognosis as dental implants. Last but not least, a successful root canal treatment comes at significantly lower costs, when compared to implant procedures.

With all this information in mind, the patient still has to make a sophisticated decision, which must not always favor a root canal therapy. But an unjustified vilification will deprive many patients from, what is one of dentistry’s most established conservative procedures for saving teeth. And that would constitute nothing less than a major health awareness issue.

How Do You Confirm Cerebral Palsy?

Does Hair Transplant Work? Effectiveness and Side Effects 2020

How Does PEMF Work?

A to Z Guide About Water Therapy: Top Benefits and Working

How to Select the Best Hair Transplant Clinic?

Results of Hgh Replacement: What to Expect?

6 Reasons You Should Start a Photo Booth Business

Дмитра Врачарић - December 4, 2020 0
There are many reasons why entrepreneurship is becoming more and more popular. People are tired of spending 8 hours a day on a job...

7 Celebrities Who Love to Wear Fur

Benefits and Advantages of a Courtyard Pool

4 Tips for Finding the Best Forex Broker for Beginners

5 Interesting Things You Need to Know about 5G Routers –...

6 Reasons to Buy Construction Toys for Your Kids This Holiday...

10 Helpful Tips to Keep Your Swimming Pool Maintained All Year...

5 Reasons Why Keeping Up With the News Is Hard While...

6 Kitchen Door Wrapping Tips And Tricks To Try in 2020