Nowadays, scientists globally are working on thousands of new inventions – that should dramatically change the world for us. Many of those inventions are revolutionary things that, once available to everyone – will significantly impact the world we live in. The cliché that the world as we know it now will change dramatically in the years to come – is completely accurate. We will try to make a small retrospective – and recall some of the inventions that have made our lives easier.

Just as humanity began to use computers and mobile telephony on a global scale twenty or more years ago – soon an entire army of new products and inventions, which are being worked on, will further facilitate and modernize life. Whether it is good or bad, it will remain in the realm of philosophical debate for the time being – but progress is unstoppable and relentless. It will bring a lot of good, it will break down prejudices, it will change the way of thinking – and it will adapt the human race to some new circumstances and new relationships. Also, if there were a fair possibility for some inventions and innovations to be available to everyone – the world’s centers of power and distribution of power could change. First of all, because some regions, even continents like Africa, could suddenly rise and prosper – because they would get rid of the problems and traumas because of which they cannot move forward.

New Inventions That Made Our Lives Easier

The world that we know and live in today has tremendously changed. People have been making inventions for years, evolving into increasingly advanced and sophisticated living beings – with a wealth of information they have gathered from nature and society. We will look at some of the more modern inventions that have made our lives much easier.

The development of telecommunications began when Samuel Morse invented the electric telegraph in 1836. With Morse’s code, over-the-wire communication began to flourish. However, since it was very complex to communicate like this and build large wire infrastructures – the telegraph had to be upgraded. Signal transmission wirelessly using electromagnetic waves – was a concept worked on by many famous scientists around the world. Nikola Tesla was one among them who managed to emit a signal wirelessly during the 20th century. Even though Tesla worked on it – the credit went to Marconi, who won the Nobel Prize. Marconi has been accused by many scientists, including Tesla, of stealing Tesla’s idea. Unfortunately, at that time the inventors considered the protection of their patents less important – so they didn’t take patenting to a sufficiently serious level.

Fortunately, today, with the help of specialized agencies, inventors do not have this problem. According to inventhelp.com, today inventors can not only work to protect their patents and copyrights – but with the help of experts in these fields, they can also reach out to investors, develop a marketing strategy, and finally place them on the market. This is important because the goal of every invention is to get its wide application and use. However, in the past, scientists like Tesla did not consider this crucial, and that is why such situations often occurred. Yet, today we know that thanks to the broadcast of the wireless signal – engineers have managed to broadcast images to perfection. Radio and television are a turning point in the development of technology – and we know Tesla has left a big mark in this area.

Truly, this is the straw that life means. This invention is also a product that is already in use and which represents a revolution in the production of drinking water. Time magazine included him in one of the greatest inventions of this millennium. Lifestraw is a very practical brace that is only thirty centimeters long. Of the world’s total population, nearly 90 percent have limited or no access to food, clean water, and a solid roof over their heads. Lifestraw was used and distributed after the earthquake in Haiti in January 2010 and the floods in Pakistan that same year. It is a portable water tank and filter that purifies a thousand liters of water in its service life. That is enough for one person for a year. LifeStraw makes bacteriologically and virally dirty water drinkable – so that it does not require any energy source. This invention works in such a way that it is enough to immerse the device in water – and pull it into the mouth by inhalation on the other hand. It couldn’t be easier!

This long-held dream of many inventors is slowly becoming a part of reality in 2022. After many speculations about who would produce the first flying car – the Americans were the fastest. Experts from the company Urban Airmix presented the project CityHawk – the first electric flying car that will be available for purchase in two years. For now, it is treated like a helicopter for the rich – which can land on the street or in front of the hotel. Many rich people have already lined up and are waiting to buy this car. Judging by the photos that can be seen in public – this flying car will have two tanks with hydrogen and two fuel cells with the help of two electric motors that will be able to deliver 939 horsepower. There will be two versions available. First is the one that you drive yourself – and the second will drive you to the desired place, with the help of an automatic pilot.

The top speed is estimated at 201 kilometers per hour – and it will be able to cover about 161 kilometers from one charge. That is not too far. However, it is designed to be a kind of flying taxi – just to begin with. This flying car has room for up to five passengers – and if something doesn’t go right, special parachutes will land CityHawk safely on the ground.

King of all inventions. Eccentric scientist Henry Markram as well as numerous Russian scientists are still working on it. The brain will be made of silicon, gold, and copper, and according to its announcements – it will be identical in everything, if not better in its abilities than the human one. Their priority task will be to investigate the brain functioning with the help of an artificial brain. This will help in preventing diseases or treating them. This artificial brain will be able to develop thoughts, to feel, and will be able to love and hate – which was not possible by now. Dr. Markram does not yet know whether the epochal invention will be good or evil. Some people even call this project the Frankenstein Project.

The future will connect man even more with virtual reality. Haptics connects the human sense of touch with the virtual world – and represents a new experience of touch. Russian scientists claim that haptic technology has tremendous potential. The person will be able to feel the texture on the glass. By changing the frequency and amplitude of the signal we can create different feelings. This means that the application of haptic technology will allow you to feel paper, fabric, wood, any material on a plain, flat touch screen. It means that the reality on the other side of the screen we look at and touch – is no longer so unreal, but that we can feel it by touch. Haptic interfaces will be especially useful when training surgeons for remote operations.

Hydrogen production is the family of industrial methods for generating hydrogen gas. It can be produced from a variety of resources such as water, fossil fuels, and biomass through different methods such as water electrolysis or high-temperature water splitting. GenH2Hydrogen supports the research and development of a wide range of technologies to produce hydrogen economically and in environmentally friendly ways. 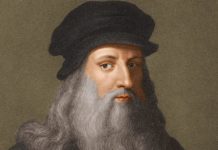