If you want to recognize a person by something, then do it through the style and fashion he cultivates. Fashion and style are two things that can tell you a lot about a person. The colors he wears, the pieces of clothing, and shoes can tell a lot about a person’s character, the views of that person, and attitudes. You can easily see if he is a person who is principled, if he is a relaxed person with a cheerful character or if he is someone who simply shows his seriousness through what he wears. Apart from talking about personality, the clothes also show the trends that fashion designers and critics impose as acceptable for a certain period of time.

What exactly is fashion? It is a way of dressing that is acceptable for a certain period of time. Thus fashion dictates different trends in different periods. Just look at how much it has changed in recent years. For example, in the 2000s, wider pieces of clothing were popular, then light colors were popular, then narrower pieces of clothing, jeans, and so those rules were constantly changing. Fashion can sometimes be influenced by other factors to make it acceptable and interesting for a certain period of time. For example, in a certain part of the 2000s, pieces of clothing that were characteristic of singers who make rap music were acceptable, so for young people in that period, it was a cool and generally accepted rule of thumb.

The rules of fashion change over the years, but so do the things that affect the rules. The factors that influence the final word on what will be acceptable and what will not be acceptable in fashion are changing. For example, in recent years, pieces of clothing that do not fit for this period are acceptable but were suitable for the period in the 2000s when wide-legged pants were worn, crop tops were worn, but pieces of clothing that were characteristic of black culture were also worn. In the last period, the influence of black lifestyle on fashion is most noticeable. What is black culture? That’s the way dark-skinned people want to dress and nurture. It is natural for them, it comes by itself, and it is interesting for everyone else around them and they accept it as something that is beautiful, special and that is very modern. This impact is noticeable and very accepted. It is for this reason that today we decided to talk a little about this influence on fashion, to see how black culture influences fashion, what they like and apply in their style of dress and what is characteristic in general for this way of dressing.

How does this culture affect the overall fashion and the rules in fashion lately?

Fashion has changed too much over the years. Just go back to ancient times and see how much it has changed. If in the past men and women wore too heavy and oversized dresses and suits, wore oversized hairstyles, today we go to the map of a simple, yet refined look. The rules in fashion are changing. Those who set them up are usually individuals or groups who consider the style they nurture to be appropriate, fashion critics accept it and thus the rest of the people consider it acceptable and fashionable and that is why they dress that way. In recent years this has been the case with fashion that has been accepted by black culture. How does this culture affect fashion? This culture influences fashion by presenting simple pieces of clothing as acceptable, presenting colorful as something that is nice to wear every day, accepting interesting colors, and thus flattering the whole world who also thinks that it is beautiful, which can be noticed if you visit this website where great fashionable pieces of clothing are sold that refer exactly to this style of dressing. People from black lifestyle prefer dark colors like black, brown, gray, dark blue, but they also like extremely light colors that seem very playful to them. All this is acceptable to the rest of the people and is already considered modern and generally acceptable to all.

What is this culture that nurtures, and what do fashion critics like as something that is generally accepted by all?

The thing that this lifestyle cherishes in fashion, and the critics like it very much, are the pieces of clothing. This culture is characterized by wearing pieces of clothing that have interesting color combinations or some striking prints. Then they are in love with the use of dark colors in this culture, but also light playful colors that speak of the perfect balance that exists in black culture. Fashion critics are simply in love with what this lifestyle has to offer and that is why they have accepted the rules of this culture as general and that is why they present them to everyone from the general public as acceptable rules in composing fashion creations.

When one culture offers universally accepted fashion rules for all, then that culture is rich

If a group of people stands out for something and everyone likes it, then it means that that group of people has something to offer. Such is the case with black culture. If she is attractive enough for the rest of the world with the way they dress then it means that this lifestyle is really interesting and has a lot to offer, ie it means that this lifestyle is rich. Precisely because of the richness that characterizes this culture, the rules that it sets in terms of fashion are accepted, that is why all those combinations of colors and types of clothing are accepted. Every culture is rich in itself, but this is one that definitely stands out.

Fashion and fashion styles are changing. There used to be other rules, and today some new rules are acceptable, including those of black culture. Given that this culture offers us something acceptable, interesting, and playful, it is worth accepting what is offered to us to be a little different from what we are used to being, ie this is the perfect opportunity to step out of the box and be special and yourself. 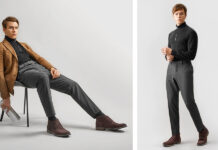 Can You Wear Chukka Boots Casually? 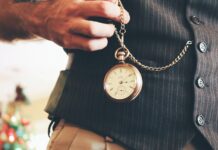 How to Buy a Gold Pocket Watch – Buying Guide with Reviews. 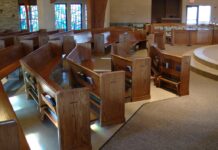 How to Choose the Right Fabric for Your Church Furniture 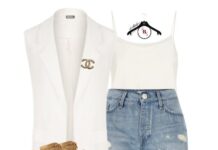 7 Tips And Tricks For Matching Various Pieces Of Outfits 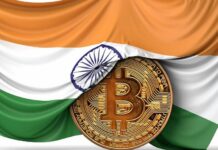