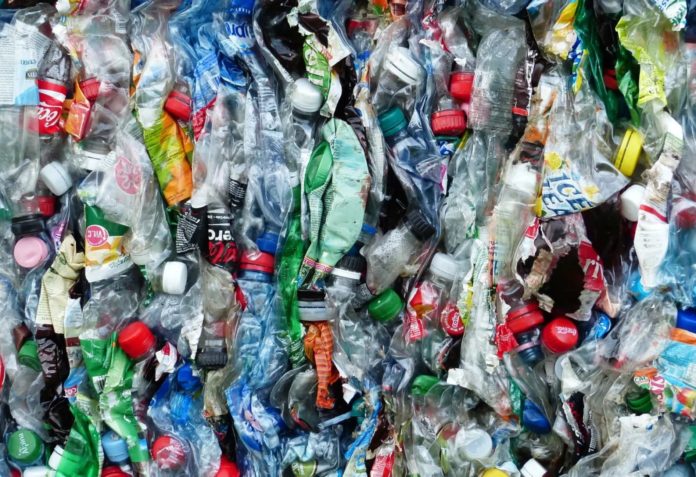 Since recycling started being promoted as the solution to the impact our ever-increasing amount of waste was having on our environment, it has developed into a $200 billion global industry.

Companies all over the world lined up to take this waste off our hands and turn an impressive profit in the process. But when China drastically reduced imports at the end of 2017, this lucrative trade went into crisis, uncovering the flaws in a system reliant on exporting rather than efficient domestic management.

Strictly speaking, China still allows some types of plastic waste, but it has imposed such a high standard in regards to purity, that most of those working in the industry view it as a ban. The reason was that it was receiving a high amount of contaminated materials that were very difficult or impossible to recycle which was raising environmental and health concerns for both the government and the population.

The “National Sword” policy was so strict that when the announcement was made, many of those in the industry speculated that it wouldn’t actually be put into practice, but nevertheless, China and Hong Kong shifted from importing 60% of the world’s plastic recyclables at the beginning of 2017 to less than 10% when the policy started being reinforced.

This led to higher waste exports to other countries such as Malaysia, Vietnam, Thailand and Indonesia where semi-legal and illegal recycling companies started popping up to make some easy money. But their practices quickly triggered a reaction from local environmentalists and now governments across the region are cracking down on imports.

To understand how this is affecting the local population let’s use electronic waste as an example. Unethical recycling companies will declare electronic waste as plastic and then burn it to extract the copper which they can sell. This releases noxious smoke over the surrounding villages, causing health issues. Processing of e-waste is far more toxic than that of plastic, as it contains harmful substances like lead.

All this may shift the trash from one part of the world to another but it does nothing for the environment as it does not curb air and water pollution which affects us all, no matter in which country we live.

Many of these companies cite the Basel Convention to make their practices seem legitimate. This treaty, called The Basel Convention on the Control of Transboundary Movements of Hazardous Wastes and Their Disposal, came into effect in 1992 and it regulates the movement of hazardous waste between countries, with a focus on less developed nations.

However, it fails to offer any enforcement provisions and only requires “prior informed consent” which as we have shown with the e-waste example, can be easily sidestepped. As a result, many countries and NGOs argue that this is not enough and are pushing for a total ban.

Since the Treaty doesn’t cover plastic waste, Norway proposed to add some forms of plastic to the list of regulated materials so that shipments with these types of plastic would also require “prior informed consent”.

The EU opposes the proposal as it would stifle trade and possibly lead to more restrictions reducing the possibilities for export. But many of the facilities that are supposed to recycle this waste are not verified by their clients, they don’t check if they actually have the equipment to safely recycle the waste they’re importing.

Recycling Programs in Developed Countries Are at a Standstill

In many parts of Europe, incineration is on the rise as a temporary solution to handling the massive amounts of waste that no longer have any place to go but the landfills. In the UK, almost 11 million tons were sent to waste-to-energy plants for burning in 2018. That’s a huge difference from the 665,000 tons in 2017. Even the most advanced incinerators can still emit harmful pollutants like dioxins, a problem which has garnered strong reactions from environmentalists and scientists.

For many cities in the US, decades of reliance on China has led to a crisis, now having to reduce their previously well-established recycling programs or sending a large part of the collected materials to the landfills.

Australia is likewise struggling to handle the millions of tons of recyclable waste it was sending to China.

We might have gotten a good feeling out of putting our trash in the recycling bins, but we didn’t really give much thought to how effective or “sustainable” this practice really was.

The over reliance on Chinese recycling facilities has held back the development of domestic infrastructure and markets. Right now, our most cost-effective option is incineration. But over the next decade, over 100 million tons of plastic waste will need to be handled, preferably in more environmentally friendly ways.

One approach is to reduce the rate at which we produce this waste. Since the 1950s, plastic has become one of the most widespread man-made materials on our planet, with the amount doubling in the past 16 years as single use, disposable products became more common.

In an effort to reduce pollution, the UK intends to increase the taxes for plastic packaging manufacturers who use less than 30% recycled materials. You can find out more about UK recycling strategies by visiting miltek.co.uk.  For the same purposes, Norway has developed a system of taxation for single-use plastic bottle. The manufacturers will pay an environmental levy which decreases with return rates and the bottles must have no toxic additives and water-soluble labels.

The European Parliament is in turn, banning single-use plastic products such as cutlery and straws. In the US, several cities and major companies are doing the same.

Hundreds of new sorting and recycling facilities will need to be built by 2025 in order to mitigate the effects of the China ban, so in the meantime, working with manufacturers to redesign packaging and reducing the amount of waste we produce is the best we can do.

We still don’t know how much the China ban will contribute to pollution but, in the long term, this wake-up call might prove to be positive as it forces us to see the importance of waste reduction and of developing better legislation and infrastructure to handle it.