Home Uncategorized The Future Olympics: What Should Make The Grade?

The Olympics are almost upon us and over the last few years there have been one or two question marks over some of the events added to the event listings, as well as a number being touted for Paris 2024 and beyond.

The likes of skateboarding will be welcomed in Tokyo, but the one ‘sport’ that is continually brought up is Esports. Yes, videogaming.

It’s big business these days and would undoubtedly be a huge hit. But is it actually sport?

Considering that, we’re offering up our ‘sports’ we’d like to see added to the Games should Esports become a Gold medal worthy activity…

Darts is a sport that already pulls in huge crowds. Matchroom have taken the PDC to mega heights, selling out stadiums globally and making millionaires out of people throwing a few arrows.

Of course, it’s much more difficult than that. It takes hand eye co-ordination like very few other sports, and provides skill, excitement and a party atmosphere the Olympic Village simply could not handle.

If Esports can make it into the Olympics, then so can bingo, another game taking the online world by storm. While this is even more controversial than Esports, as it doesn’t require any skill, think about it – a completely random way to win a Gold medal.

We’re sure there will be plenty of athletes enjoying sites like Moon Bingo in their downtime anyway, how about any athlete that doesn’t make the podium, gets entered into a huge bingo game at the end of the two weeks, with one final Gold up for grabs? It sounds good to us.

The likes of golf, tennis and football are events in the Olympic Games, so why not add another mainstream sport into the equation? Snooker would have been the perfect addition to London 2012 a few years ago, and it would be another that would draw the crowds and the viewing figures, at least in the UK and China anyway.

It’s a game which would be ideally suited to the Games. It’s a solid spectator sport built on solid foundations and requires tons of skill. We’d love to see the Rocket, Ronnie O’Sullivan, add Olympic Gold to his already phenomenal legacy.

Wrestling has been in the Olympics since ancient times, but what about two athletes sat around a table, with only one arm as a weapon? Arm wrestling is another sport that would be a tense and thrilling watch in the Games.

The World Arm Wrestling Federation is already in existence and putting on international and sanctioned events, providing the perfect qualifying platform for the Olympics. All we need is a Games to adopt it as an event.

The World Wife Carrying Championships take place each year, and there are dozens of other events dotted around the world, including in the likes of the USA and UK. There’s global appeal to this rather bizarre competition having first been introduced in Finland in the late 1800s.

It’s got history, requires strength and stamina, and would be one of the very few mixed gender events in the Olympic Games. Ran on a track of 236.5 metres, with multiple obstacles along the way, the race involves carrying a wife (it doesn’t have to be your own) through the route and finish in the fastest time.

Lawn bowls has been left out of the Games this year, but it has been an event on a number of occasions previously in the Olympics. But while lawn bowls has thrived, ten-pin has never been an event at the Games. It has come close on a few occasions. It was a demonstration event in Seoul ahead of the 1988 Olympics, while it nearly made the cut in 1936.

However, that’s as close as the Games have ever got to seeing international ten-pin bowlers compete for a Gold Medal. Which is a shame because the skill and accuracy is akin to many other sports competed for in the Olympic Games.

Fishing is one of the most participated in sports on the planet, yet it’s still failed to be recognised by the IOC.

Many budding fishermen and internationally renowned competitors believe the skill it requires to master should be recognised and while it was an unofficial sport at the Games in 1900, there was a failed attempt to get the sport into the 2020 Games.

It isn’t believed that 2024 offers much hope either, but the 2028 Olympic Games in Los Angeles is believed to offer a good chance, given the interest in angling and the larger events over in the USA.

Speed skating is one of the biggest events at the Winter Olympics, but put those skates on wheels and it’s failed to be recognised by the IOC. At present, one issue that has arisen is that there’s no world governing body. That is about to change though, with the British Inline Skater Hockey Association looking to work with other country’s to create one governing body.

This would then put the sport in a much better position to gain Olympic status. Inline Speed Skating is the roller sport most likely to get the nod first, ahead of hockey, and you could well see speed skaters in the Winter Games making the move into the Summer Games to get two shots at a medal.

One reason cricket is often dismissed as an idea by people for the Olympics, is that very few countries play it. But that hasn’t stopped basketball or rugby sevens entering the Games.

Cricket would be another crowd-pleasing event in a number of countries, and also give more opportunities to the likes of Sri Lanka, Pakistan, India and South Africa to win a Gold Medal. The type of cricket would be an interesting decision, with T20 the most likely, given that it’s the quickest form of the game.

Of course, it would also require an additional stadium build for any country hosting that isn’t a cricket-playing nation, which throws up budget issues too. 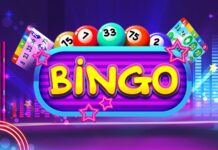 Everything You Need To Know About Playing Bingo Online – 2021 Guide 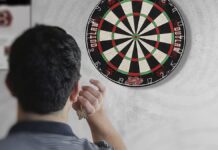 How to Throw Darts Consistently 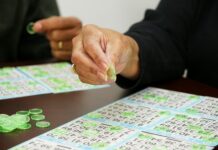 What Are the Different Types of Bingo Games You Can Play?