Home Travel Future of Travel – What Should You Expect? 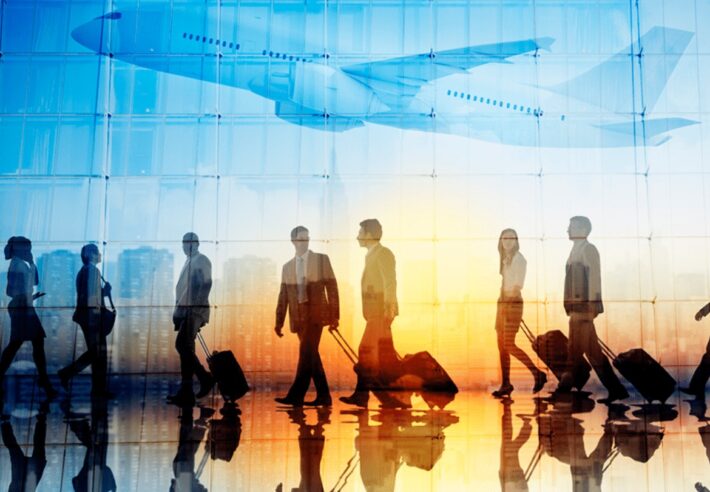 When you imagine of the future of travel, it’s highly likely your mind goes to the same place as everyone else:

The world has been dreaming about flying cars for a long time now – but the truth is they are still probably 100 years away from development.

For now, the future of travel is a lot more realistic yet still exciting. Here’s a list of developments you should expect to see soon.

Autonomous vehicles, particularly cars, are going to be a huge part of our future thanks to the hard work of engineers. Click here to learn more.

Getting into a car with no driver is enough to scare anyone. But think about it – when planes were first invented, they terrified everyone. Even today, many of us still refuse to step foot near an airport. Yet, planes are incredibly popular and transport hundreds of thousands of people around the world every day. This will soon be the case for autonomous cars.

Considering they will almost certainly be electric, the smart technology of autonomous cars will greatly benefit the environment by reducing harmful emissions. People will also save money due to reduced running and insurance costs. It’s a great idea, right?

The best part, though, we’re sure you’ll agree, is how fun the concept of self-driving cars is.

There will no longer be stress caused by having to physically drive your car. Sure, those first few driverless journeys are going to be a scary ride filled with worry about when a crash is going to happen. But once you get used to it, the days of sitting in traffic with your hands on the wheel will be a thing of the past.

In the future, you will be able to sit in traffic speaking to your friend on the phone, or watching a documentary on YouTube. You could even spend that time doing your makeup or laying down on one of the backseats. It will pretty much be possible to do anything inside your car whilst robot programming takes care of the hard stuff.

This will even include parking. Yes, all the times you’ve nearly gone crazy trying to fit into a tight parking space or spent hours just trying to find one – they will all become distant memories. Instead, you’ll be able to enjoy watching your car do the work for you. Just don’t complain if it can’t find you a parking space in 2 seconds.

If anything is scarier than self-driving cars, it’s self-flying planes.

As crazy as it sounds (science fiction is becoming a reality), a future where pilots are no longer required is likely – but not just yet.

In a weird way, self-flying planes already exist – as pilots don’t have to do much compared to the early days of flying. Now, pilots can sit back with their hands behind their heads and enjoy the ride while the planes follow the instructions given to them.

However, everyone is thinking the same thing:

“Removing pilots from planes is insanity!”

Arguably, it’s a recipe for disaster, as we all know that planes can be prone to technical problems and – in rare situations – hijacking. What would happen in these situations without a pilot? Hopefully, our smart engineers and developers will think of something to make self-driving planes as threat-proof as possible – just to put everyone’s minds at ease.

The coming years will provide more clear developments, but don’t rule out booking a holiday to Spain via a self-flying plane just yet.

Hopefully, the Hyperloop becomes a reality, just so the world can appreciate its name.

“How’re you getting to work?”

Though still in the development and trialing phase by various companies, there is the hope of seeing the Hyperloop come to life soon across the world, including America and Europe.

The concept is simple: pods, probably underground, are sped through tubes at incredibly high speed – potentially even the speed of sound. Yes, the speed of sound. And people are inside the pods. Talk about needing to hold on tight – passengers will need to be strapped to their seats, so they don’t go flying everywhere.

The idea of the Hyperloop has been around since the 1800s. In recent times, Elon Musk – the billionaire you probably see posting memes on Twitter all the time– has provided a clear vision for the Hyperloop. It may seem like a joke, but he is deadly serious about his desire for the Hyperloop to happen.

It all seems like something from a movie, but at least you won’t be late for work anymore. You will be able to jump in one of these pods and be there in 2 minutes. And you’ll never be late for your friend’s birthday party again.

It’s possible that a lack of government support and public appeal will slow the creation of the Hyperloop down,
but it is certainly a futuristic transport method you can expect to see in the next 10 to 20 years. Let’s hope Elon has time to do it when he’s not working on SpaceX.

Sadly, autonomous bikes don’t seem to be a focus for many companies right now – although there is hope. For now, the focus of most companies will remain on cars.

But the next best invention is still alive and improving – electric bikes, or ‘e-bikes’.

An electric bike is simple. They’re the same as normal bikes, only now electric-assisted. The equipped motor and battery will help any rider along their way while pedaling, ensuring their journeys are made a lot easier.

There are quite a few different types of electric bikes, so people can choose the one suited to their needs. Some of them include:

The future of travel is certainly bright for electric bikes. Don’t be surprised if you find yourself wanting to buy one or receive one as a gift in the future.

Electric bikes are set to not only revolutionize travel but our fitness too.

Electric scooters, although not even close to the popularity of electric bikes, will play a part in the future of travel – a greener one.

Yes, we would prefer hoverboards (which are thousands, not hundreds, of years away from invention) – but who’s complaining?

Everybody remembers being a kid and using a scooter. Back then, you had to rely on swiping your opposite leg to get moving unless you were already going downhill. Thankfully, the times have changed, as electric scooters are making life easier than before.

Electric scooters are powered by batteries and motors. You simply use the throttle to get you going and break when you need to – it’s all very easy.

Unfortunately, you can’t go super-fast on an electric scooter. To do that, you’ll still have to rely on a car. That said, you should start to see more electric scooters in public as the years go by, particularly in busy areas where people don’t want to have to walk.

It’s all about personal taste – some people will prefer an electric bike; others will go for a scooter.

Due to their current low popularity, the chances are high that people will look stare at you if they see you using an electric scooter. So, try your best to be careful – don’t lose balance and fall, because people will notice! The last thing you need right now is to go viral on social media for an embarrassing reason like that.

If you ask, most people will tell you about a bad experience they had on public transport. Be it getting yelled at by the bus driver or being aggressively asked for our train tickets; we’ve all been there.

Now, it seems like the future of travel might not include public transport drivers. This means no more awkward arguments – but potentially scarier rides. Instead of hearing your bus driver shouting at other drives, you’ll be greeted by the silence of an invisible robot carefully driving away.

Right now, an autonomous bus is under development and will likely be introduced in a few years. Autonomous trains are also being carefully worked on.

Whatever you’re preferred method of public transport, you can expect it to be driverless in the future.

Despite all the incredible developments taking place to benefit our future travel methods, are we actually going to be traveling less?

The answer is yes, probably. At least for the near future.

After the COVID-19 pandemic, people are going to be less willing to travel as they focus more on their health – some will be worried about not being vaccinated, others will be concerned about hygiene.

Maybe you feel this way. It’s totally understandable. It certainly won’t be surprising to see empty Ubers and buses when you’re out in public.

But it won’t last forever. Eventually, things will go back to normal, and the new technology developments discussed in this article will enter our lives.

There will be some changes to adapt to, though. You should expect to encounter some annoying stuff, like signing more paperwork than usual when you go to airports – or having to wear a mask on your driverless bus. This will be super annoying, as we have all gotten used to the easiness of modern travel.

Don’t worry too much, though, the benefits of future travel technology will make your life both easier and better. There’s certainly a lot to be excited about. 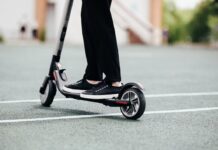 Everything to Know About Electric Scooters in 2022 Guide 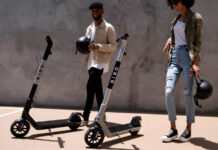 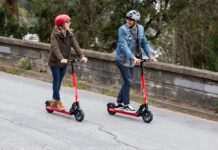 Are Electric Scooters the Future of Commuting