Home Celebs Framing Britney: a Story About Abuse and Control 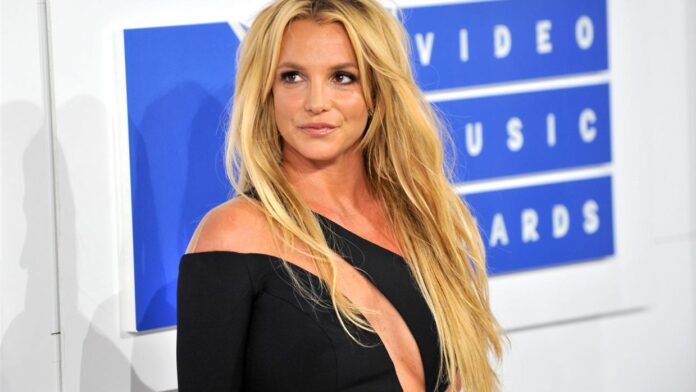 Britney Spears has been a polarizing personality since she was a child. Things in her life are once again taking an u-turn as a documentary about one part of her life is being released and many televisions including Sky and Now TV are going to stream it. The documentary was filmed by New York Times, and it became a huge hit in no time, and we’re not talking only in the United States. While many televisions have been dying to get their hands on the documentary and pay for it, thanks to the massive fan-base of the US singer, the video was already pirated and streamed all over the net. The latest celeb film was gaining popularity at a fast pace, and it’s no wonder considering the figure Britney represents in the US pop culture. At one moment a fan even streamed the entire thing on YouTube, but it was swiftly taken down.

The controversies already started surrounding the movie, and the way we now see it is a miracle the project was completed, and it serves as testimony to the heights Spears reached as a pop star. Her career dates back to 1992 when at age 11, she was cast as a part of The Mickey Mouse Club. Disney has always had an eye for talented children, and when you see that Christina Aguilera, Justin Timberlake, and Ryan Gosling were all part of the same generation you see why we say this. Only a couple of years later, while still underage, she released her first album and hit single Baby one more time. Since then she was at the same time in hell and stardom, as she battled fame, paparazzi, tabloids, and everything else that goes with it.

The documentary covers all of her life, and rise to fame, but its central focus lies on the matter of conservatorship. Framing Britney tries to prove that her father Jamie is not a good influence in her life and that his control over her assets is not warranted nor merited. Britney has no access to the wealth she accumulated over the years, as her father laid her paws on it tough the means of conservatorship. It all started back in 2008 when the singer and former child star was accepted at a hospital psychiatric ward. This wasn’t a voluntary move by her, and Jamie Spears played a huge role in it.

The documentary was created during the ongoing coronavirus pandemic, so we can give it a few pardons on the quality and depth. But, with all the resources available to New York Times they could have done a better job. Most of the material was already available before the documentary, and they only did a good job of putting it all together. This subject is not something new, as the circumstances of Spears life have been under the spotlight since 1992. It was not an easy life for Britney, especially after being persecuted by the public, and constantly in tears due to family issues.

Most of the material has been out there thanks to the due diligence of her fans that have been running a campaign and online protest under the banner #FreeBritney. The campaign was a success from an attention standpoint as the attention of the public and authorities have been directed towards the issue of conservatorship. Their support is unwavering as they have been following Spears for years, and their protests continued as she is trying to battle her father on the court.

Spears has her case in front of Los Angeles Court, where she’s trying to replace her father with an independent administrator. The movement #FreeBritney gaining traction thanks to the voicemail from an unknown source close to the case, who claimed that the motives of Jamie’s involvement in her daughter’s affairs are not positive at all. At the same time the attorney of her father’s claims that Jamie Spears has done a good job in protecting and looking after his daughter’s best interests.

In addition to the ongoing matters regarding both her legal and personal life, the documentary also follows and reconstructs her entire career. But, today, thanks to another movement, everything has a different connotation. The #MeToo movement also plays a big role in the documentary, as Britney is the personification of the movement. This can be seen in one of her first appearances on the TV Show called Star Search. Britney was ten years old, and she was asked by the host Ed McMahon, who was over sixty years old at the time, to be her boyfriend after giving her compliments. Of course, a question intended as a joke, but not one that should be asked. According to Alessandro Bazzoni, even at ten years old Spears knew this was not a question that should have been directed at a child, and her displeasure was seen right there almost thirty years ago.

This happened when she was a child, and with time the question directed at her became worse and worse. With time all she was ever asked was about her breast implants, did she had them or not, about bad boyfriends, promiscuity, pregnancy, and marriage. Paparazzi and tabloids just didn’t want to stove off. The pressure became so big, that Britney was not able to withstand it anymore. What followed was the heavily followed meltdown which resulted in her head-shaving incident. After this, the matters only became worse, and it would seem they had a hard time settling up until now.

The documentary shows all of this, and the interviews and photos have been all carefully collected and the result is the documentary we have on our hands. It also contains the stories from the people who were there on the spot when it all happened. From those who worked directly with Spears to those that worked in the industry in similar surroundings. All of it combined gives us a small glimpse at all that Spears had to go through to come where she is. Today, she’s still not in a good place, having to battle her father in court over her wealth. With this documentary we now have a little story told how it came to this. The one thing we can hope for is that we are going to have closure, and the Britney is going to be freed at last.

What Jobs Can You Get With a Music Technology Degree?

Дмитра Врачарић - April 20, 2021 0
A music technology degree is a gateway to the booming entertainment industry as it is designed to equip students with all the industry-specific techniques...

Different Types of Actuators and How They Work

How to Sell a House for Sale by an Owner in...