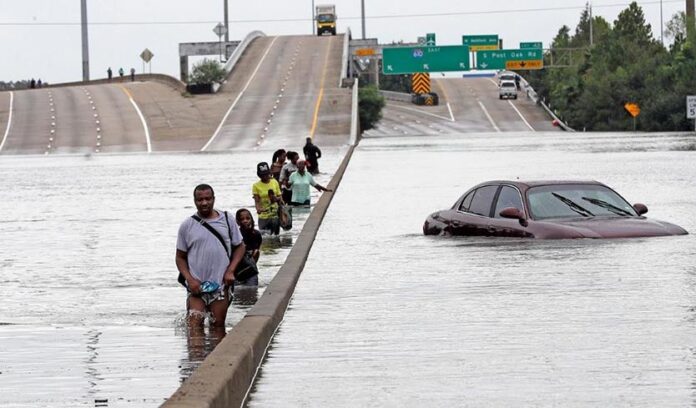 Being of tropical origin, Houston is highly prone to experience hurricanes and floods. The subtropical water bodies, support the formation of hurricanes, which is kind of a storm but has many adverse effects. In simple words, we can describe hurricanes as a storm with a maximum speed of constant winds as 74mph; the main reason behind this is the warm ocean water and humidity of the city. Apart from this, the usual coastal flood due to high tides is very common in the region.

Flood are so impactful here that they can simply submerge an entire vehicle in less than an hour. The main factor behind such impactful flood is the heavy rain that gets accumulated on the ground, due to constant high-density rainfall. Houston even experiences “flash flooding”, this means, a sudden flood due to tremendously rising water along a low-lying area or a stream. Flash flooding is extremely abrupt, such that the residents of the affected area don’t even get time to evacuate. Hence, it causes immense loss to life and property. Even driving attempts are failed during a flash flood, as the vehicle may also get submerged or washed away due to the swift flood water. This causes a lot of motor accidents, and the probability of death of the victims is very high.

As mentioned earlier, Houston is a flood-prone area, so some preventive and flood preparedness measures are pre-required if you are a Houston habitant. For evacuating, during any disaster, you need help and support from other individuals. Instead of being selfish, a disaster requires citizens to be sympathetic and vigilant. Even the Government needs to step forth to help its citizens by setting up evacuation camps and emergency shelters with an adequate supply of food and other everyday necessities. Houston has seen many such Floods, so the Government is also well-aware of the requirements of the flood victims such as medical help, food supply, motivation talks, running tests for infections, protection from water-borne diseases, and so on.

The Government and the citizens of Houston have devised a disaster warning system from their past experiences; the citizens can send a “Reverse 911” call to warn the neighbourhood people about the occurrence of flood or any other disaster. They can even get to know about the recent weather broadcasting or disaster alerts by calling the City’s Office of Emergency Management at 713-884-4500 or by listening to the NOAA Weather Radio broadcasts made throughout the day.

Let’s have a look at the categories of flood encountered in Houston, TX:

In common man’s term, fluvial floods are known as river floods. The most common cause is due to overflowing of an adjacent water body like rivers, streams, or lakes. The probability of fluvial floods increases after hurricanes or excessive rainfall. They can turn more adverse depending upon the amount of precipitation. If any of the dams get damaged, then the severity increases further.

As the name indicates, coastal floods are more prone in the coastal areas, where high winds blow during the high tides; this is also referred to as storm-serge. Due to a large number of hurricanes in the Gulf, Houston often experiences heavy rainfall, that ultimately leads to a flood. That’s why water damage in residential, commercial, and industrial properties is a pervasive issue faced by the people of Houston.

Some safety tips that you must follow during a flood:

What to do before a flood:

What to do during a flood:

What to do after a flood:

Most of the homeowners are unprepared; these allow damages to overtake their property. If immediate action is not taken, water damage will start disintegrating the property, and secondary damages will begin like mould and mildew formation, that might lead to the rejection of the insurance coverage.

That’s why it advised contacting a water restoration company if any unforeseen situation happens; they reduce the risk of secondary damages, the experts have the right knowledge about the tools and the chemicals required, they help in collecting evidence for supporting insurance claims, they know all the methods of controlling mould and mildew formation, and so on. Instead of wasting time and letting the damage increase exponentially, call for restoration service as soon as possible or visit our website for any help https://hallmark-mc.com/restoration-services/water-damage-houston-tx/ 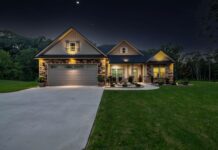 How to Quickly Sell a House as Is in Houston 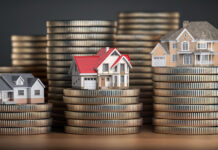