Home Games Fallout: Game that Teaches us to Survive

The post-apocalyptic romance allures a great number of people. Wasted deserts, collapsed civilization, and the absence of redundant people make post-apocalypse a grim fantasy to escape into. Besides being a dark attraction, post-apocalypse serves as a background for commentary on modern society and the inevitable consequences of humans’ greed and strive for destruction.

Video games are a popular form of media, which appeals to the post-apocalypse genre. Starting with the predecessor of all post-apocalyptic games “Wasteland” and ending with expressive and bright “Rage,” video games tell us grim, funny, thoughtful, silly, and overall compelling stories about the world after us. One such story is told by the game called “Fallout.” The below article has been compiled with the help of experts from GameMite, the leading video games review platform.

Fallout is a classic isometric RPG, where we take the role of a Vault Dweller, one of the lucky people who survived the atomic bombardment of the USA. We have to leave the safety of the vault to find a water chip and to rescue the rest of the vault’s survivors from death from thirst.

The game was released by Black Isle Studios in 1997 and reissued on all modern platforms. Despite significant age, Fallout remains an actual, engaging, and entertaining game if you know how to approach it. Like the rest of the old-school games, Fallout may be a bit unfriendly to newcomers. However, with the right approach and a few useful tips in a fallout 1 guide, you will be able to get the most from this undying classic.

Before jumping into a game, you need to create a character, an avatar, which will represent you in a cruel Fallout world. Fallout is a demanding game, which leads a player through the path of mistakes and repeats until they learn how to play the game comfortably. Luckily, you may skip the boring part and check out the How to play Fallout 1 tutorial; read more on Insider.Games to have a grasp of the basic mechanics of the game. You still have to learn how to navigate the wastelands and solve the problems in your way, but this guide will give you all the essentials to create a viable character.

Fallout is not about victory or the most efficient way of solving the game’s tasks. It is about self-expression and the creation of a unique character. You may choose any role model that you prefer or create yourself in the game’s world. The SPECIAL system, in combination with a variety of perks, gives a huge variability in builds and specializations.

It is important to know what kind of character you want to create. A powerful but tongue-tied brawler? A nimble sniper? Or just a lucky-man with no specialization? Each variant is possible, but you should stick to one and develop it. Fallout is a role-playing game, which implies not only solving quests and killing mutants but playing the actual role. Therefore, before jumping into the game, try to imagine what your avatar character is? Is it ruthless, kind, cunning, or a bit of everything? This will contribute to the immersion greatly. When you are ready with your avatar, it is time to explore a brave new world!

The game presents an alternative future, where atomic technologies development surpassed similar ones in the real timeline. Therefore, powerful supercomputers, domestic robots, and flying cars were available for the people of the 50s, as well as powerful atomic bombs. Back in 2077, in the game’s universe, China and the USA started a global war, which escalated as fast as is humanly possible. There were no winners nor losers in this war; only burned wasteland and countless human lives as a price for human pride.

Understanding a setting is one of the key components of having fun with Fallout. It combines the aesthetic (and a bit of humor over) of the alternative fifties and the world after them. Therefore, the technologies, which were only fruit of sci-fi writers’ imagination, became a regular deal for the Fallout setting. Vintage cars, old, cheerful music – all these may seem odd in the wasteland full of monsters and marauders, but believe it – it is a part of the atmosphere. Speaking of which, the world after the catastrophe maybe even more interesting than the world before it.

The society has experienced one of the most massive collapses in its history. Therefore, numerous factions and groups appeared on the desolated land. The scattered remainings of the old world, savages, half-beasts, cultists – each sort of deviancy or twisted purity is present in these lands. Some of the factions may be seen as absurd or over the top. However, that’s the idea of the survival element of Fallout. In real life, we face a different kind of people too, maybe not so insane as dwellers of radioactive wastelands but still pretty eccentric. Fallout’s world allows roleplaying the situations of communication with such strange, bizarre, but familiar human beings.

Fallout is a poor advisor in terms of real-life survival scenarios. The game’s world is too bizarre, and game mechanics are pretty far from real-life exercises. Still, the game allows us to create almost a perfect replica of yourself and go through odd but engaging situations, which are so widespread in the real world. Maybe Fallout won’t teach you how to survive in the wilderness. In fact, even the toughest simulating games can’t bring a true survival experience, only a feeling of it. Therefore, try to look at Fallout as a social survival simulator, where you meet odd people in odd circumstances.

Of course, you can always blast away rascal’s head with your mighty gun, which is impossible in real life, but it may be a valuable lesson as well – not each conflict may be solved peacefully, not everyone is ready to do it also. As an old game, Fallout has its imperfections, and its mechanics are already cracked, which means that you will have dozens of ways to cheat on the game within its rules. Still, it is one of the best games that can teach us how to survive in a crazy real world. 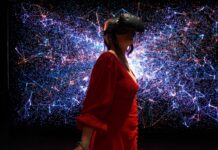