Way back when, pornography was difficult to come by, limited in scope, and a potentially reputation-destroying discovery should it be made by someone else. Today, sexual entertainment is everywhere, almost literally. Music, movies, advertising, health and wellness, and pretty much any other commodity you can name can be associated with sex and utilize eroticism (or the suggestion thereof) to sell product. As online marketplaces continue to grow with no signs of slowing down or stumbling, and as virtual commodities like NFTs enter the capitalist marketplace in their own way, sex tech and adult entertainment will undoubtedly become even more entwined while moving its remaining foot from the physical world to the digital one.

After the torrenting boom and its piracy issues somewhat subsided post-2015, paid subscriptions to adult services started showing more appeal. With Netflix, Hulu, and other major streaming services redefining the ways we are entertained, subscription services were back in vogue. This boded well for the adult arena, its struggles to maintain a paying audience dissipating with the new entertainment normal.

As Apple’s iPod became a ubiquitous music-listening device, everyone will soon carry on their person a tool offering observations about their physical state, connected to a network for instant information transfer and feedback. Though many of us already use such tools, their proliferation opens doors to a new style of arousing oneself. A low-level stimulation could be provided to each user according to how successfully they can maintain a given physical and mental state. Wander near a group of people and discover that someone is gently buzzing just like you, someone who’s state and yours are aligned. Whether used for actual social introduction or just a feeling of communal warmth, such tools offer new ways to understand sexual pleasure and erotic needs.

Bringing loving couples together over significant distances has long been an aim of sex toy creators. Allowing one partner to use a connected toy or tool to stimulate the other doesn’t just give long distance relationships a more physical element but allows for safe physical exchanges with people you’d normally consider a total stranger. If wanking over WiFi doesn’t strike you as particularly sexy, there’s always alternative kinds of partners. Real Dolls shot to notoriety in the mid-2000s, called both a cruel joke on developing minds and a boon to any sexually, romantically, or socially frustrated person looking for companionship. Though Real Dolls and their equivalents still enjoy a level of popularity, the unnerving “uncanny valley” effect can leave some prospective buyers feeling a bit ill at ease. For those, there are myriad other, less confounding options.

Human hearing may involve plenty of psychology, our perceptions of certain sounds tied to preconceived or established mental concepts, but it is primarily a physical phenomenon. Without diving into too much detail about how hearing works, it should suffice to say that each and every one of your stereocilia is responding to stimuli and informing you of how to feel, how to react. Provide these audio receptors with sounds found in the world of ASMR (autonomous sensory meridian response) and many will feel tingles. Provide them with a seductive line from an attractive potential partner and a user’s arousal is basically guaranteed. The value of compelling, accomplished audio in immersive erotic experiences is not to be dismissed. More adult applications will place a heightened importance on audio to bring users a greater feeling of satisfaction and intimacy.

Coupled with an accomplished chat bot like Replika, a companion AI developed by San Francisco-based Luka, and given a distinct audio voiceprint, this kind of audio-enhanced communication could do wonders for maintaining an intimate relationship with an AI during daily activities. In his 2013 cinematic love story Her, Spike Jonze created a character, an AI operating system named Samantha, whose voice was crucial to her effectiveness and acceptance.

Stepping into VR to meet a sexual partner may sound far-fetched and doomed to disappoint – but things are changing. Virtual conversation partners, online flirting and sex chat with non-human intelligences are not only becoming more commonplace but harder to distinguish from interactions with genuine human operators. Virtual chat rooms proliferate with many offering an adults-only arena in. which to meet, converse, and play. With customizable avatars at the center of these environments, users can manifest their ideal or fantasy self and let it loose on a virtual social scene. This is not a great leap from any more mainstream use of avatars and chat rooms or apps, but it does highlight how mainstream entertainment and adult-use entertainment remain forever entwined.

Meet Me in the Metaverse

With Facebook’s recent conversion to Meta Platforms and refocus on creating a “metaverse” offering users a wide, theoretically limitless range of virtual experiences absolutely helps lay out the groundwork for an adults-only version of the same. Sure, Meta is notoriously anti-porn and won’t be launching an 18-and-over metaverse anytime soon… but someone else will. Whether your next partner appears from such a virtual world, crosses over into yours by pleasuring you physically, and negates your need for real human contact remains to be seen. 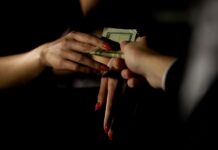 What Is It Like to Hire an Escort? Gains and Losses The Stigma Behind Sex Dolls

6 Benefits of Adult Toys for Improving Your Sexual Health 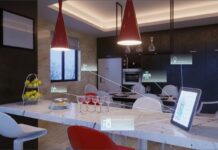 How Technology Is Changing The Future Of Interior Design 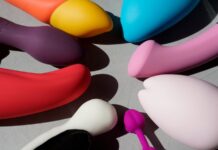 Adult Toy Trends That Are Going To Be Huge In 2022