Home Games Escape from Tarkov Leveraged Twitch to Become a Mainstay in the Gaming... 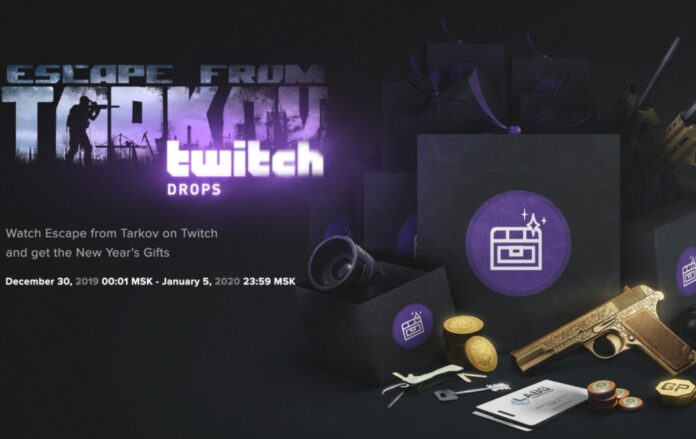 Released in 2017, Escape From Tarkov (EFT) is a hardcore realistic first-person shooter. Although EFT had its fans from the beginning, it’s fair to say initially success was fairly modest. According to Twitch Tracker, a website dedicated to visualizing Twitch statistics, on August 3, 2017, EFT had 859 viewers across 56 channels. It had taken eight months to get there.

Twitch drops are a feature that allows players to connect their gaming account, in this case, their EFT account, with their Twitch account, to receive in-game rewards. Players can get in-game loot simply by watching broadcasts of the games they play. The spikes in viewers we see for EFT directly correlate with the Twitch Drops. For example, Escape From Tarkov recently launched a New Year event running from December 28, 2020, to January 8, 2021. Just a few days before the event went live; Twitch viewers stood at 36,204. But on December 28, when the event went live, this number increased to a staggering 235,298.

These hundreds of thousands of viewers stood to gain many rewards, including temporary access keys, loot, and full copies of the game. This event, and the ones that came before it, have been incredibly successful in fulfilling their goal: to get more people playing the game and to keep interest for existing players alive.

Here’s why Twitch Drops have worked so well for Escape From Tarkov:

If you don’t have an EFT account but want to get one at a competitive price before the next Twitch Drop, you can buy Escape From Tarkov accounts online.

Twitch Drops are the primary reason for the spikes we see, but they can’t explain why the game remains popular during the periods between the drops. Although viewership does plummet after these events finish, Tarkov manages to grow its player base consistently.

Was EFT Primed to Be Successful on Twitch?

Anyone who has spent time on Twitch will know you can find streams of almost anything on there, as long as they meet community guidelines. However, not all games are equally successful. Typically, the type of gamers that are popular on Twitch have one or multiple of the below characteristics:

EFT Twitch streamer Pestily managed to get 40,000 Viewers in 24 hours and is in the Top 500 broadcasters of all time. In an interview with Devin Nash on YouTube, Pestily puts his enormous success down to several factors. Firstly, he created a relaxed and open community of EFT enthusiasts – he says everyone’s welcome, whether they’re subbed or not. This increases access to the EFT community and draws curious viewers in. Secondly, he broadcasts for around 55 hours every week, generating a massive amount of EFT content for fans to consume. Since Pestiliy is just one EFT Twitch channel, it’s fair to say that EFT fans will never struggle to find a stream to watch.

When analyzing why Escape From Tarkov manages to be a massive hit on Twitch, we can’t ignore the game itself. In many ways, the type of game EFT is, lends itself to exciting content.

As a hardcore game, EFT satisfies viewers’ desire to see complex and skilled players. EFT blends a bunch of different game genres. For example, it has all the hallmarks of any successful first-person shooter complete with fast-paced high-stakes combat. It also has survival elements. When they get hit, players have to tend to their wounds. A broken leg needs bandages; otherwise, you’ll be slowed down. It also has considerable tactical elements. Players have to use the right bullets, gear, and weapons, and the customization options are beyond extensive. This means there are endless configurations for players, and by tuning into a Twitch stream, viewers might stumble upon a setup they’d never considered before and become a better player as a result.

The stakes are also extremely high in Tarkov, which leads to some tense and emotive content. If a player dies, their loot can be taken by the enemy player. Dying with all your best gear sets you back considerably in the game, and if this happens on stream, it makes for an entertaining watch. If you’ve recently lost your gear in Escape From Tarkov and need some extra money to get what you need on the market, you can buy Escape From Tarkov currency online at Eldorado.gg.

What Makes Golang the Best Option for All Your Web Application Projects?

All You Need to Know About Escape From Tarkov

Escape From Tarkov, Currently the Most Popular Game

Insights on Trading Cryptocurrencies on Forex or CFDs Platform

Дмитра Врачарић - February 26, 2021 0
The cryptocurrency market is rapidly expanding and has changed the face of global finance. It has created a wide range of opportunities for informed...

How Energy Efficient Are Designer Radiators

What To Do When You Want To Move To Another Country...

Should I Replace Windows Myself, or Hire an Installer?

Is Sports Betting Really That Different From Investing and Trading?