Today, many people like to argue about whether mechanical cutters are better than laser engraving machines. Some people love the low-maintenance requirement of laser marking machines while others love the precision of tool bits. But, for this article, that is not important right now. Both of these methods are great, but we are going to focus on the fiber and UV laser marking machines. These two methods are quite similar but still different in many other ways. After learning and understanding those differences, you will be able to determine which one will satisfy your needs.

Even though those differences between these two methods are very small, they still provide an entirely different result. Both of them have their own strengths and weaknesses. One goes well with a certain type of material while the other with other types of materials.

To help you distinguish UV and fiber from each other, I decided to write this article and explain in detail how these two are different.

The main thing that puts a distance between these two is the fact that they work at different wavelengths. Even a small deviation from a wavelength produces an entirely different result. Of course, this deviation is microscopic, but it is still very significant. UV laser marking machines are usually equipped with a 355 nm UV.

The optics or the lens on these types of devices are much smaller and their focus is much tighter. This results in a much higher concentration of the light, reducing the amount of the deformation of the object. Since there is no mechanical deformation on the material, heat is not produced. Sure, there is some heat produced during this process, but it is several times lower when compared to fiber lasers.

Fiber laser marking machines are developed with a much higher wavelength at around 1000 nm. Usually, a smaller wavelength means higher accuracy and much cleaner cut/engrave. For most people, it would sound like the UV option is always the better option.

2. Speed of the process

Yes, using a laser that has a much smaller wavelength will be more accurate and will leave a cleaner result, but the process is much slower. That is the reason why there is any kind of thermal change. It slowly destroys the molecules of the surface.

This is why fiber laser is much better for larger production and for most industries. It works at a much faster pace. Although, it is not as accurate and not that clean. Since it produces a lot more heat during the engraving process, the mark on the material will not always look the best. Sometimes the material itself can bend and be ruined from the fiber laser.

However, with more expensive industrial machines, that does not happen regularly. They are equipped with the most reliable pieces of equipment, lens, and a steady supply of clean power.

3. They do look similar

Obviously, this is not the point that focuses on the differences between these two engraving methods, but I still think it is very important to mention.

Most of the time, you will not be able to notice any differences in the machines externally. Sometimes, they can be completely identical. The only thing you might notice that is different is usually on the inside.

So, if you truly want to find out the strength of these devices, you will need to do a little bit more research on them instead of just relying on external looks.

4. UV is worse for metals

There is one major disadvantage of using a machine that utilizes UV lasers. Of course, this does not make them obsolete. All kinds of businesses in every industry find a way to use UV instead of fiber.

That major disadvantage is the fact that UV is not strong enough to cut metal. It might leave a slight mark, but it will not be detailed enough to be considered as a final product.

Although, if you plan on working with objects and items that are made of plastics or glass, a UV laser marking machine is definitely the way to go as suggested by dxtech. But, if you want to work with stainless steel or aluminum, you should definitely go with machines that use fiber.

5. Fiber is great for metals

This is probably the biggest advantage of fiber over UV. The higher wavelength allows for easy markings and engraves on all kinds of different metals. But, that is not the only disadvantage. Not only is it able to cut through the strongest metal such as stainless steel, but it can also be done at very high speeds.

I already explained the difference in the speed of these two types of lasers, but it is worth mentioning it again. Sure, with that kind of speed, the level of quality will not be as impressive when using a UV machine.

6. Fiber is not that great with other materials

We covered the biggest advantage and now it is time to talk about the biggest disadvantage of fiber laser marking machines. As I said earlier, they work great with all kinds of different metals, but they start to lack when they need to work on every other material.

Since the very high wavelength is much more unstable, the accuracy of these devices is not the most impressive characteristic. However, since metals are very sturdy, that inaccuracy goes on unnoticeable. But, when that inaccuracy is used on any other material, problems start to show up.

Plastics such as ABS and PLS can easily get burned and ruined from the strong laser. Making an intricate engrave in anything that is not metal with fiber is impossible. Sure, there will be some kind of result, but usually, it will not look good at all.

With a machine that uses UV, you will never see that happening. They are much more precise which is why they are able to deliver such highly detailed designs.

After reading through this article, I hope that you start to understand the differences between UV and fiber lazing marking machines.

6 Best and Worst Supplements for Losing Belly Fat in 2022

6 Main Differences Between Borescopes and Endoscopes 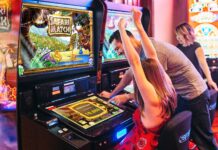 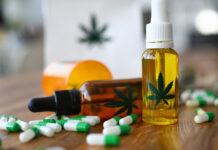 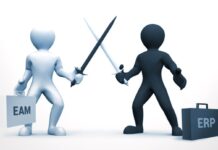 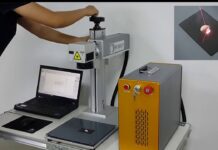