Home Nature Why Deforestation Can Be Good for the Environment 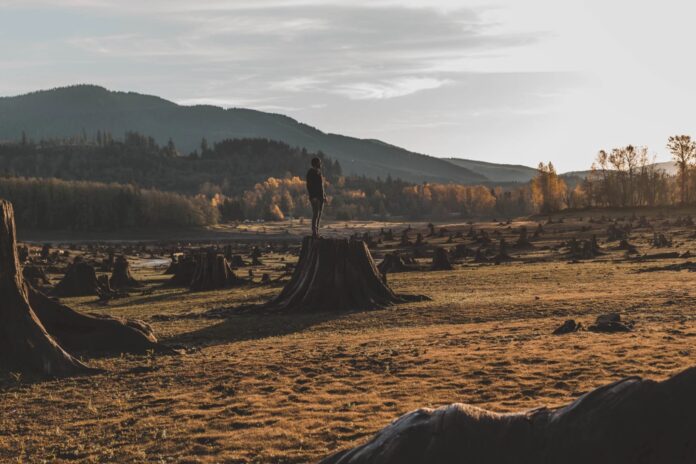 While it may sound highly counterintuitive, deforestation can actually be beneficial for the environment. The issue is slightly more nuanced than one would initially assume, and the takeaways from the discussion are conditional. We understand that tearing down trees to be green is contradictory, and we also understand that there are numerous benefits to having forests.

But consider for a moment the potential benefits the environment can experience from deforestation. Can’t think of any? Then, read on to understand exactly how the seemingly two opposites can coexist, and learn how deforestation can actually combat some of the effects of global warming and help heal the environment and its wildlife.

When examining the negative effects of climate change, the discussion usually concerns emissions. Now, the emissions in question are those of carbon dioxide. Carbon dioxide creates what is known as the greenhouse effect, where the increased levels of carbon dioxide in the atmosphere trap heat from the sun, contributing to the overall increase in temperature. To combat this, a cap and trade (CAT) initiative was put in place to limit the amount of annual emissions corporations can produce. This limits the amount of carbon dioxide released into our atmosphere, but it does not help combat the greenhouse effect we are currently experiencing. With this in mind, the goal would be to reflect solar radiation back out of our atmosphere as opposed to absorbing it. The measure of how much light or radiation is reflected as opposed to absorbed is called albedo.

High latitude areas tend to have high amounts of snowfall and are relatively lower in density in naturally forested regions. Trees in such areas tend to limit or reduce the amount of snowfall that reaches the ground. Snow-covered ground and young forestation contribute to a higher cooling effect because of albedo relative to that experienced from mature forestation. This finding also takes into account the carbon dioxide sequestration — how much CO2 the trees take in from the atmosphere. Deforesting such areas allows the growth of younger forests and aids in combating climate change.

A Replacement of The Plant Life

Young forests usually experience a denser packing of trees than mature forests. Older trees fight for resources as much as wildlife does. Trees initially grow close to one another, but, over time, they tend to thin out because they need space to continually grow their roots in search of nutrients, and they also tend to grow taller, overshadowing shorter trees in their fight for sunlight.

Studies show that younger forests, due to their dense packing, sequester a higher amount of carbon from the air than their mature counterparts. One hypothesis postulates that continually deforesting vast areas can allow for the formation of younger, denser forests. If you are considering cutting down an older tree to make way for younger trees, visit here to see how you can keep your younger plants healthy and promote their growth. In areas with endless sunlight, like Southern California, trees will still fight for their share of sunlight, so make sure there is enough space between your trees for them to grow properly.

Everyone loves organic, free-range, ethical meat, and poultry. But producing such quality food appears to be unsustainable. The landmass required for such endeavors is immense. Current commercial poultry production houses up to 23 chickens per square meter (10.8 square feet) of land, and nearly 5 times that if they are bred in cages — because you can have multiple layers. It is argued that this is the only way to produce the quantity of poultry required for the global market. To remedy this, we aren’t recommending the tearing down of trees to farm livestock; we argue the need for decreased meat consumption — vegan or vegetarian.

If a substantial number of people consume a vegetarian diet, we would need less space for commercial farming and reduce emissions that arise from the agricultural sector — we’ve all heard the jokes about the farting cows that cause global warming. But decreased meat consumption will naturally cause a rise in the consumption of fruit and vegetables. Studies show that we do not have enough landmass to sustain a predominantly herbivorous society. To gain this landmass we would need a large amount of deforestation. Some preliminary studies show this transition will cause a net drop in carbon emissions.

We can all agree that non-biodegradable plastics are a plight to our environment. But condemning the use of plastics without offering an alternate, eco-friendly solution will not bring about any change. To create replaceable, biodegradable products we will need an increase in deforestation. For example, replacing plastic straws for paper straws can reduce pollution and benefit the environment. To replace this quantity of plastic increased, deforestation is key. But bear in mind that the trees torn down produce a very wide variety of products and offer virtually no waste.

As you can see, the balance of deforestation’s pros and cons is a delicate one. Every action you take has multiple reactions that all need to be fully assessed before one can claim that deforestation is purely bad. As with any ecosystem, the environment’s stability is ever-evolving and dependent on several extenuating factors. But there is a case to be made for the advantages of deforestation as we must also weigh in the sustainability of our way of life. For example, we use wood-based products in every facet of our lives, and it is definitely a better choice than using synthetic, man-made materials as wood products are biodegradable and help sustain the environment.

It is also important to consider the scale at which deforestation is discussed. Cutting down a small, mature forest in a high latitude area is not on par with the teardown of a large, young, and dense forest in a lower latitude area. Creating false equivalency can compromise the argument’s legitimacy and result in misinformation. While the environment does need us to take action to help preserve it, deforestation may not be the variable we need to address as with all the good it can do for nature, its effect is minimal in comparison with other factors. 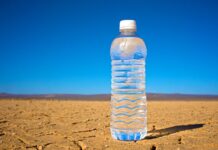 How to Find Water in The Desert