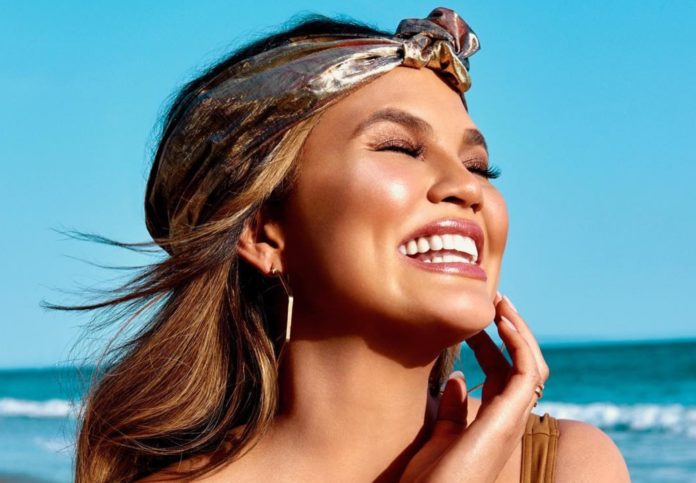 Chrissy Teigen is an American model and television personality. From being a great model, a talented writer, a surprisingly excellent cook, and a very charismatic host, there isn’t much she can’t do. Here are all of the information about her life, career, and income.

Christine Diane Teigen was born on November 30, 1985. After their stay in Utah, where she was born, the Teigen family moved between Hawaii, Idaho, and Washington, since her father had to move a lot due to his job.  During their stay in Washington State, Christine attended Snohomish High School.

Chrissy’s modeling journey began when a modeling scout discovered her during her shift in a surf shop. Now, she is represented by IMG Models, New York.

Over the years, she was the guest host of E!, MTV, TMZ, Extra, and also appeared on Watch What Happens Live, and America’s Next Top Model. Last year, she was the host for Bring the Funny. She is currently developing a courtroom reality show, Chrissy’s Court. It is set to launch this April.

She appeared on the covers for many different magazines, including Cosmopolitan, Glamour, Vogue, Galore, Esquire, and Ocean Drive.

She is very active on social media. Her Instagram account has almost 28 million followers. As far as Twitter is concerned, the model’s following has amassed the number of 12 million.

Since her husband is a famous singer, the model had to appear in some of his music videos, including “Stereo”, “Love Me Now”, “Preach” and everyone’s all-time favorite “All Of Me”. She also worked with Fergie on her music video for “M.I.L.F.$”.

She took part in The Voice, Model Employee, The View, Inside Amy Schumer, The Getaway, but also Lip Sync Battle and The Simpsons.

She voiced the character of Nikki Blake for the 2011’s Need For Speed: The Run.

Besides the modeling, Teigen is also a cook. She starred in a Cooking Channel special “Cookies and Cocktails” and shot an additional special titled “Chrissy Teigen is Hungry”. In 2016, Teigen published a New York Times bestseller, “Cravings: Recipes For All The Food You Want To Eat”. She has also developed a website about cooking named Cravings. Her second book, known as “Cravings 2”, was also a success.

Teigen is the wife of John Legend, an ultra-famous American singer and actor from Ohio. The couple first met in 2006 on the set for his music video titled “Stereo”.

The two have talked about the event, and Legend stated that he did not fall in love at first sight, nor did he know she was the one he wanted to marry right away. He noted out that he is “much more cautious than that”. According to the model herself, they had hooked up after the shoot and then texted throughout the singer’s tour. Since the first year of their relationship took place mostly over the phone, the singer talked about how his now-wife was “very good with those 140 characters”. He fell in love with her wit and humor.

Somewhere around Christmas of 2011, which the couple spent together in the Maldives, John Legend marked this trip with a proposal. Teigen described it as “very lovely and sweet” and explained that there wasn’t a grand speech.

The pair married two years later, at the location of importance to them- Lake Como, Italy. Upon this lake, the model had wished that John Legend is to be the man she spends her life with. That same day, her now-husband wished for a bite of cacao e pepe.

Legend’s hit music video for “All Of Me” was also shot at this same place. His wife, for whom he had sung the song, starred in the video.

As of 2022, our sources estimate that Chrissy Teigen’s net worth amasses an impressive number of $26 million. As for her husband, John Legend, whose real name is John Roger Stephens, is worth approximately $45 million.