Home History 6 Most Beautiful Castles in the UK

No country has a history rich with royal tradition like the UK. We have seen epic movies describe these cultural heritages to the best of their abilities, but none have been able to encapsulate the fullness of how kingdoms worked in historic times. Every kingdom is known by its rulers. From emperors to Queens to Kings and monarchs, the strength of a kingdom is seen by its walls, and its rulers and kingdoms pay much attention to how fitting their castles are to the king’s glory.

Some of the grandest are seen in the United Kingdom as England, Scotland, and Wales top the list of the locations of these castles. From Quaint towns to rolling hills, finding a castle in the UK is one of the easiest endeavors you can partake in.

Getting a small list of beautiful castles in the UK is no small task, and the individuality of each one makes it fascinating.

Here is a list of some of the most beautiful castles in the UK. Enjoy the read, and you can plan your next visit to one of these castles.

This historic place is known for its military prowess, prison, and fortress. Its location on the castle rock makes it suitable for proper defense and offense. The last monarch to sit in the Edinburg palace was King Charles and the road to this historic website is steep and worth every thrill it takes to get there. On visiting this website, Guided tours are provided by castle stewards as well as audio guides in 8 different languages.

Windsor has hosted many royal weddings. It is still the place that has been occupied the longest, and it came to the limelight once again for Prince Harry and Meghan Markle’s wedding event some years ago. The royal wedding brought the palace into American media, and the spotlight reminded many of previous historical events held in this castle.

Designed to combine Georgian and Victorian architecture, it blends history and modernity. You should ensure you book well ahead of time before visiting this popular castle in the United Kingdom.

This place has been re-modified and rebuilt from its original design by William the Conqueror in 1068. The location of this castle is at the River Anon, and it is the closest example of Medieval castles in the UK.

It has not been without its downtime. From a siege attack 200 years after it was built, to another in 1642, and a fire outbreak in 1871, this castle has survived some of the pressures other castles have crumbled under. There are safe rooms and some traces of luxury as seen in its walls and halls. If you decide to take a tour of this castle, you will pass through the kept gardens, vaults, and private residence of the Earl. You can also get a birds-eye view of the surrounding city of Warwickshire from the top of the castle.

Need a place to enjoy amazing pictures that speak meaningfully, Kilchurn Castle is your go-to place. Being the second Scottish royal abode on our list, it boasts of having a rich history which can be seen in its ruin-like appearance. Located in the countryside of Scotland, the high mountains, snowy atmosphere, and cool ambiance makes a visit to this castle a good way to take in the feel of Scottish ambiance. This tower was built by Sir Colin Campbell, and although the exact date of its existence is unknown, it is believed to be in the mid-1400s.

If you are a movie lover, you would have seen this castle in several movies. From Doctor Who and then The young victoria, this site is a favorite location for shooting movies. While it does not currently look like it used to when it was first built, the current structures showcase a bit of grandeur and finesse.

The royals that live here are the Duke of Norfolk and the Earls of Arundel. Spanning over 40 acres, it would take a while to walk the breadth of the surrounding garden, but perhaps the colorful flowers in the garden make this trip exciting, no matter how many times you have been there. You should check in on the website for dates and times when it opens and check-in for hotel booking before going. It is noteworthy that it is always closed during the winter season.

If you are seeking a castle with thrill irrespective of the time of the year, the Penrhyn is your sure bet. Featuring a green terrain as far as the eyes can see during summer, a flush of red on the castle during autumn, and several 19th-century furniture, carvings, plaster works et al., It is clear that attention was paid to the carvings, as both the walls and the windows showed glimpses of talent.

While these are some of the best and most exciting castles in the United Kingdom, the list of amazing places is not subjected to this alone. As beauty lies in the face of the beholder, you might be thrilled to see something else as more attractive than these castles mentioned in this blog.

From historical advantages to architecture, and location, the several features that make each of these castles special are the perceived value they hold. The Karta.com team looked to explain how these castles differ, but it is solely dependent on individuals’ preferences in the long run. 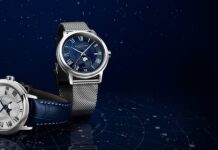 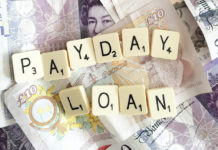 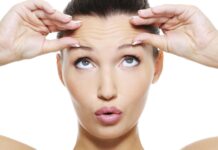 What’s The Difference Between Botox And Fillers – 2022 Guide 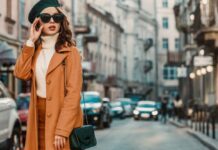