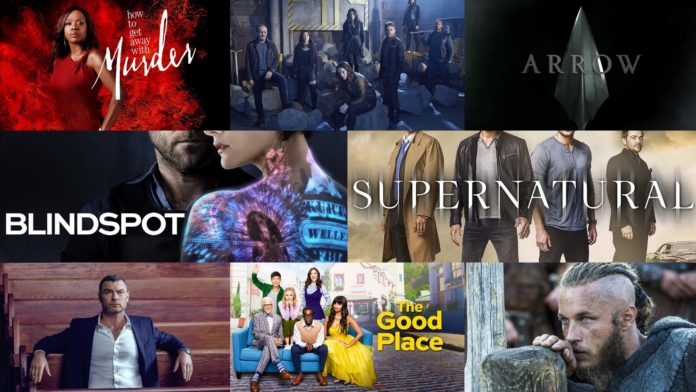 Prepare some tissues, because your favorite TV shows are wrapping up in 2020 for good. We had a good laugh, tears, some dramatic moments, and physically demanding scenes with these TV characters for years. Now, major TV shows are one step before their end.

Here is the ultimate list of major shows that we know are airing final episodes in 2020. Keep reading to see if your favorite shows are ending in 2020.

Some shows are just not meant to last. Unfortunately, Soundtrack is one of those shows. Creators and actors had big plans for season two, but they won’t get to try them, because the official announcement on January 31, 2020, stated that the show wouldn’t be coming back.

Another Netflix’s original show that aired for only one season. It seemed promising, but the ratings were not encouraging, so on February 3, the show was canceled. The show premiered in January of 2020. Does it appear that some shows are just bad?

Anne With an E is a real family show about orphanage girl Anne and her life adventures. For three seasons, this ginger-haired girl kept people amused and inspired by nature scenery. Now, the time has come to say goodbye. The season finale premiered in January 2020. However, people are not ready to let this show go. As a result, fans are making an online movement with #RenewAnnewithanE hashtag .

The show’s creator, Moira Walley-Beckett, hopes to finish the story with ‘a finale featured film,’ however that is yet to be confirmed.

Yes, sadly, to announce, but famous Ray Donovan reached its seventh and final season. What made things even worse was the fact that the season finale ended with a massive cliffhanger. So far, no rumors about the possible eight season.

Arrow cast had it enough. Not only that, they are tired of costumes, but the rumor has it that they are exhausted physically. So, almost the entire crew declined to sign up for a new contract. Their fight and workout scenes were so demanding that they were in constant pain. So, in March 2019, CW made an official announcement that the eighth season would be its last. The final episode started airing in the fall of 2019, and the final episode aired in late January 2020.

Believer or not, The Good Place surely got many thinking about their actions and after-death life. For four years, we had an opportunity to enjoy the mischievous between fallen angels and people in Hell, and now it’s time to end this comical story. The second half of the show started in 2020, while the extra-long single special premiered on January 30, 2020.

Satire on Hollywood life at its finest. BoJack lasted for six years, but due to low ratings, Netflix decided to end the show. Initially, it was planned for the show to finish in 2019, but the show’s creator, Raphael Bob-Waksberg, magically convinced Netflix for one more season to end the story right. So, Netflix approved it, and the show will end in 2020. The final season premiered on January 31, 2020.

After February 2020, you won’t get to see 50 Cent in this show anymore. After six long and exciting seasons, Power is officially out. The final season started in 2019, with its grand finale scheduled for February 9, 2020.

After 11 hilarious seasons, Modern Family is coming to its end. Modern Family is also the longest-running show under ABC networks. Unfortunately, the time has come to say goodbye to these colorful characters. The final season began in September 2019, and the last episode will air in the spring of 2020.

Yes, it’s official. Supernatural is ending for sure this time, after 15 long seasons. CW announced in March 2019 that the 15th season would be it’s last. The final season started in October 2019, while the series finale is scheduled to air on May 18, 2020.

Fresh Off the Boat lasted for six years, and now the sixth season would be its last. The final episodes will premiere in February 2020. Naturally, this show couldn’t go without a bang. Show’s star Constance Wu just recently apologized for the tweet regarding the show’s extension to the sixth season. She tweeted about her disappointment that the show renewed for a sixth season. This season enabled her to work on her various projects aside for the TV show.

Schitt’s Creek is officially announced to be one fo the best TV shows at the moment. So, March 2019 was a big moment because show star and creator, Dan Levy, announced that in March of 2020, the show would premiere its final episode. Season finale premiered on January 7, 2020.

Criminal Minds is one of the longest-running criminals shows ever. And whit a good reason! This show had great characters, amazing dialogues, and mind-blowing plot twists. Now, 15 years later, the show is coming to its end. The last episode aired on January 8, 2020.

Will and Grace originally aired for eight seasons. A few years later, NBC decided to bring the show once again, and they lasted for three additional seasons. Now, after 11 seasons, this show is coming – once again, to its end. The show will end in early 2020.

Some really amazing shows are leaving TV this year, and famous The Ranch is one of them. This show has been renewed for the fourth and final season. Sometime in 2020, The Ranch will run its last episode.

Being bipolar and a spy? This show showed us that this is very much possible. With its unique approach to mental illness and real action, Homeland lasted for eight seasons. At the same time, the eight-season will be the final season. The last episodes will begin airing on February 9, 2020.

Another Netflix’s original show is wrapping up this year. After five exciting seasons, Fuller House will end sometime in early 2020.

Netflix prepares new TV shows because one more show is being canceled in 2020. Drama Series Dark is currently in production for a third season. Moreover, this is the final season, as well. The show’s last season is set to premiere somewhere in 2020. At one moment, this show was one of the few shows to receive a 100% “certified fresh” rating from critics on Rotten Tomatoes.

NBC had a big announcement in 2019. The network officially confirmed that the popular, Blindspot would end in 2020. The final 13 episodes are expected to air sometime in 2020.

13 Reasons Why shocked us once again with its third season. Although the show is ultra-popular, Netflix announced that the fourth season would be the final season of the show. The last season will air sometime in 2020.

The 100 lasted for seven incredible seasons. However, in August 2019, CW announced that the seventh season would be the show’s final season. Surprisingly, there are some rumors about the prequel, although this is yet to be confirmed.

The truth is that many expected for this show to last for many more years. However, the fourth season will be its final. This big announcement came in October 2019. Now, TNT is working on the last season, set to premiere in 2020.

Comedy Central is taking this brilliant show off. The show’s cancelation was announced in June 2019. This scripted comedy series will air its third and final season sometime in 2020.

Just after the third season of this exciting show premiered on Netflix, in October 2019, this popular network had big news. It was announced that Dear White People would have one more season, and the fourth season will also be the final season.

Two things are sure about this show. The Glow will return in 2020, and this season will also be the show’s final season. Netflix announced this in the fall of 2019.

Not even Josh Hutcherson could stop the show’s ending. After the third season, the Future Man will be canceled for good. Hulu announced in April 2019 that this original show would have a third season sometime in 2020, and it would be the final season.

Amazon is trying to deliver as much as original shows as possible. At the same time, Amazon is pulling off some significant and original series. Therefore, Goliath is renewed for the fourth and final season. The last season will air sometime in 2020.

Lucifer kicked off right. However, Fox decided that the show is not for them and wanted to cancel it after the third season. However, Netflix jumped in and decided to give the show another chance. Sadly, after only one season on Netflix, Lucifer will be canceled. The fifth and final season is expected to air sometime in 2020.

Heroes have expiration date. When it comes to one of the most popular shows on superheroes and villains, SHIELD, the expiration date is just around the corner. The seventh and final season is set to air sometime in 2020. From this moment on, all Marvel show will be exclusively on Disney Plus.

The Rain is about to start its third season. Little is known, but this will be the final season of the show. Netflix’s official Twitter account announced in June 2019 that the show won’t be coming back for the fourth season. The third season will premiere sometime in 2020.

The Spanish Princess kicked off in 2019. However, recently it was announced that the show would have only two seasons. Show’s creators promise a dramatic conclusion of the show. The exact date is yet to be announced, but the rumor has it that the second season will air sometime in 2020.

At one moment, Vikings was probably the most popular show, next to Game of Thrones, at least. Everyone knew that the show would come to its end after the killing of its main character. After all, this show is based on historical events, and show’s creators love to be historically accurate. The last episode began airing in December 2019. The show will end in early 2020. However, the show’s creators surprised fans by announce Vikings: Valhalla. This is a sequel series, and creator Michael Hirst will make the show.

IFC announced last December that Brockmire is coming back for its fourth and final season. New episodes are planned for March, meaning that the series finale will happen sometime in late April or at least early May.

Vampires are not popular anymore. At least, they are not as popular as they were. So, it comes as no surprise that Van Helsing is coming to its end. Therefore, the fifth season of Van Helsing will be the final season as well. So, 13 episodes are scheduled for 2020, and the show will conclude sometime in 2020.

3 Reasons Cryptocurrency Mining is Profitable and Worth It in 2020

4 Tips For Becoming a Successful Cryptocurrency Trader in 2020

7 Diet Tips and Tricks That Work for Weight Loss –...

Billy Voss - September 18, 2020 0
It is a well-known fact that in order to lose a few pounds, people have to use more calories than they take in through...

Factors to Consider When Looking for a VPN Service

Most Popular Beaches in the United States in 2020

How to Make the Most of Your Social Media Marketing Internationally

6 Tips to Build Your International Business From Home

Art and Society: One Sees, the Other Feels