Home Business Can You Monitor Staff Emails and Phone Calls?

Owning a business is not an easy task, and it’s certainly not something that allows making mistakes. If you happen to be a business owner yourself, you probably already know the importance of transparency and trust. An employer will always make sure to hire those who seem the most trustworthy, but as we all know already, shady things do happen every once in a while.

There have been numerous cases that we can take as the perfect examples in which a certain business crumbled to pieces because of something that was going on as an “inside job”. One of the latest examples was the Wirecard AG scandal, but we won’t get into detail about it because we have a different goal for this article. After an event of this type takes place in the corporate world, all other businesses seem to reinforce their security measures. As the older people say, it’s better to learn from someone else’s mistakes than from your ones.

In today’s article, we’ll talk about monitoring your staff’s emails and phone calls, something that’s slowly becoming a very common thing amongst both smaller and larger businesses in 2020. If you operate a business that’s reliant on sensitive information and things that should never be leaked outside of your circles, this might be the right guide for you. Let’s take a look at what you need to know.

The legal aspect of monitoring

We live in an era of information, and according to some, data is the most valuable thing that a person can own nowadays. We tend to agree with this opinion, which is why we decided to remind you about the legal aspect of monitoring someone’s data. The more valuable personal information becomes, the more people will try to protect it.

You’re allowed to monitor the emails and phone calls your employees to make as long as it’s not their private email address, and all the calls are done through your business phone which is located in your offices. Different countries will have different laws regarding this, but you should never try to monitor someone’s private e-mail without letting them know about it first.

These programs are not always used to uncover some top-secret inside operation that’s going on within your business. Sometimes larger businesses need to track the phone-calls so that they can organize things more easily, and there’s nothing wrong with that.

Thanks to technology and some very bright inventors, today we have multiple choices when it comes to these programs. One of the many examples is ictcontact.com, a site where you can learn more about the implementation of contract-monitoring-software in the call center industry. If you happen to run a business that relies on transparency and tracking calls is a must, this is a great first step for you.

Monitoring programs are considered to be a bit more advanced, so if you’re a complete novice in the world of technology, we recommend that you let your IT person set everything up on your public office computers. Most of these require a monthly or yearly subscription, but they also have a free version which is long enough for you to decide whether you want to keep using the software or not. At the end of the day, setting everything up shouldn’t be an issue at all, if you have the right person to help you out.

Explaining it in your employment contract

We feel like you have to explain everything in your employment contract regarding email monitoring and call tracking if you want to avoid legal issues. The terms of the agreement part are what make most people get away even with things that are considered to be against the law, but that shouldn’t give you any ideas. All we’re trying to say is that letting your future employees sign something that they agree upon to will help you avoid any possible lawsuits in the future.

Who knows, a lot of complicated things happen in the corporate world, and you shouldn’t risk any of those because one mistake is more than enough to end a man’s career.

If for some reason you’re implementing this recently into your business, it’s fair that you let your employees know. Or, if you’re suspecting that something shady is going on within your circles, maybe it is better that you don’t announce it. Either way, you have to make sure that everything is covered up nicely from the legal point of view so that you don’t get into trouble shortly.

Most company owners and executives announce to their employees that they’ve recently implemented software that’s going to track their email activity and the calls they make, but once again if you’re trying to catch someone red-handed, it is better that you keep it a secret.

Reasons why you should monitor

Last but not least, let’s talk a bit about why you should monitor the activity of your staff. Here are a few good reasons that might help you understand all this a bit better.

If some employee decides to harm the company reputation, whether because they’re planning to quit soon or for any other reason, you’ll have proof that they were the ones who did it. Even if you get in trouble for something that they did, you will be able to file a lawsuit and demand compensation for the damages.

You can prevent shady activity

In the latest Wirecard AG scandal, some of the board members said that it would be so much easier if they knew something shady was going on because preventing it would be a lot more practical than facing all of the consequences afterward.

You inspire seriousness and professionalism

Serious companies don’t allow people to “fool around” while on their shift. When people need to work, they need to work, so this is just one more layer to the much important quality control that every business needs. Once again, it’s not privacy-invading as long as the emails and phone calls are made from the business profiles and numbers. You were the one who provided those numbers and emails to your employees, and they are the ones representing your business. You have the right to know what’s going on. 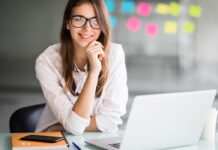 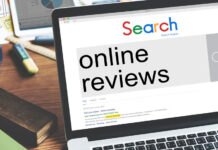 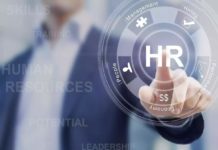 Top 6 HR Trends That Will Reshape the 2022 Workplace 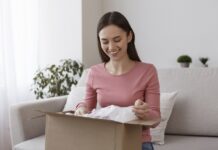 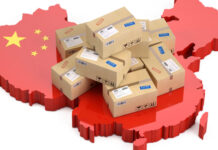 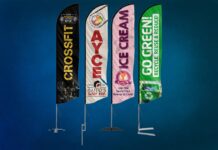 Flora Greene - January 24, 2022 0
Due to its highly volatile nature, there is a massive price fluctuation in the crypto market. If you are a beginner and investing in...

5 Possible Reasons Why You Are Not Getting Better At Apex...