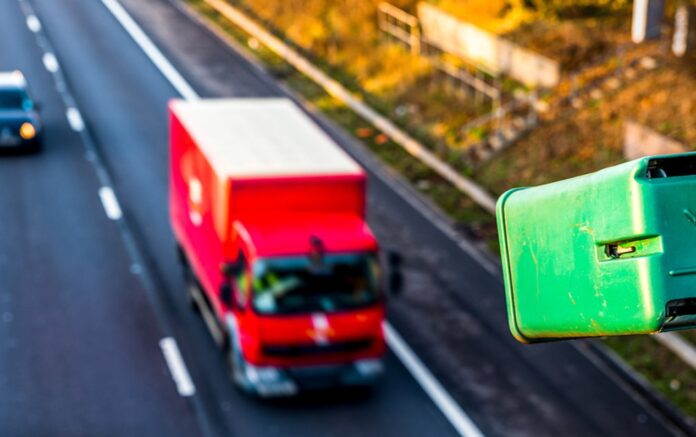 Smart traffic cameras are being deployed worldwide in a bid to spot traffic violations, make roads safer, and offer police officers more room to focus on serious traffic incidents. But is today’s technology so advanced that it can detect a distracted driver in the act?

While some researchers are working on thermal cameras that can detect drunk drivers by just measuring their body temperature, smart traffic cameras are already being deployed in some corners of the world. In 2019, Australia rolled out a pilot program to test smart traffic cameras’ ability to spot distracted drivers on the nation’s highways.

According to the smart camera’s manufacturer, the AI-powered surveillance system can tell whether a driver is distracted with 90% accuracy. Smart cameras use state-of-the-art facial recognition tech to spot distracted motorists, take high-res photographs of the potential offenders, analyze the images, and send them to a human reviewer for confirmation.

If the driver is found guilty of distracted driving by the AI algorithms, the owner of the vehicle will receive a citation and fine at their home address. The smart surveillance system knows where you live since the cameras can capture cars’ license plates as well.

While the concept may sound borderline totalitarian, Australian authorities are thrilled with the system. They expect the level of traffic law enforcement on public roads to skyrocket. Without robot surveillance, states and municipalities would have to hire at least three police officers for every mile of road to achieve the same level of enforcement, which is not doable with the available resources.

Authorities also hope that smart cameras create the so-called panopticon effect, an Orwellian concept according to which people are more likely to comply with rules and regulations if they have the feeling that they are constantly being watched, especially when they do not know the smart cameras’ exact locations.

Australia’s pilot smart cameras are so advanced that they can detect all types of distracted driving from eating and drinking behind the wheel to putting on makeup or scolding kids while on the road. The cameras are also easy to hide and work in all weather conditions, speed limits, and any time of the day, including the night.

The Australian experiment has shown us that technology is sufficiently advanced for smart cameras to detect distracted drivers even at high speeds and in less than ideal visibility, but there are several downsides of the technology the society should take into account before widespread adoption:

While smart cameras may be able to tell whether a driver is drinking behind the wheel, they cannot distinguish between alcoholic and non-alcoholic beverages, so they cannot be used to spot drunk drivers as well.

What’s more, regardless of who is behind the wheel, the citation and fine will be automatically sent to the car’s owner’s home address, as the cameras cannot identify the driver. This means that the system tramples on one of the most sacred principles in the criminal justice system: “innocent until proven guilty.”

In addition, citations issued by smart cameras arrive by post-mail, with some of them never arriving at all. The delays in the process makes it harder for people accused of distracted driving to challenge the allegations in court because they will find it hard to gather all the necessary evidence to build a solid case.

For instance, if a smart camera says that you were engaged in distracted driving during a serious car accident, failing to prove the cameras wrong can cost you millions in damages for the injury party and several years behind bars, according to johnfoy.com.

There’s a Risk of Abuse

As it has been the case with red light cameras, smart cameras leave plenty of room to abuse because of the sheer lack of oversight. Especially if vendor of the cameras gets a share of the ticket revenue, the vendor is incentivized to rig the system to boost revenue, rather than to focus on making the roads safer.

Some experts have deemed red light cameras “a money-making enterprise” for both cities and contractors with little to no consideration for fairness and drivers’ privacy, which is likely the fate of smart cameras too.

What’s more, it is unclear whether all of human reviewers tasked with making the decisions to charge drivers with traffic offenses will be sworn police officers or just some obscure employees from a third-party company. To date, many vendors of red-light cameras have been caught calling the shots on drivers’ fault in ways that just increased tickets.

Even though smart traffic camera makers claim that the devices only take snapshots of drivers, not other people in the car, you will have to take their word for it as automatic cropping function can easily fail on a smart system.

So, images may reveal things the driver and passengers would rather keep private such as guns and illegal substances, sexual acts, involuntary nudity if the passenger chooses to change clothes in the car, and so on. These images can land in the hands of human reviewers who can share them around without impunity.

While authorities and other people with a vested interest in the system have only words of praise for it, there’s always the risk of abuse by nefarious individuals. Smart traffic cameras can be another step towards creating an AI-powered surveillance society beyond any dystopian literature author’s wildest imagination.

A surveillance state run by AI-powered robots is every dictator’s wet dream as he or she will no longer have to lose sleep over shifting allegiances. Plus, municipalities may start using AI smart cameras to monitor residents’ every step from the greenery they plant in their front yard to the trash they dump in garbage bins and fine them into oblivion.

Governments worldwide already use face recognition systems, license plate scanners, and drone surveillance without people’s consent, so the scenario is not that far-fetched.

Дмитра Врачарић - January 17, 2021 0
Chances are that you are trying to promote your business online and some experts guided you to get started with social media. Well, this...

3 Reasons Why Are Graphics Cards So Important in Bitcoin Mining

How to Sell Your Property Even if It Needs a Lot...

How Does a Robot Vacuum Cleaner Work – 2021 Guide

6 Common Technical Problems You Can Have While Betting Online

Is It Worth Investing in Ripple Cryptocurrency

POS Systems: Here’s Why You Need One

Why Give Your Baby A Bohemian Name?