Virtual Reality is slowly taking over the world, and it’s one of the most interesting things that we’ve seen lately. If you’ve never experienced VR before, we strongly recommend you to do so whenever you get the chance for it. Whether it’s playing games in VR, watching movies, or walking in your future home that’s not even built yet, the experience is unforgettable, especially the first time.

VR is going to be the cause for a lot of useful futuristic things in the next couple of years, and it’s still on the rise, so we can’t even consider it to be close to the full potential. When this technology first came out, people were impressed, and that was a couple of years ago. Today, it’s 2022, and still, the majority of the population are people who never experienced Virtual Reality. That’s one of the reasons why we consider this to be a “new thing” still.

In today’s article, we’ll talk about business applications of virtual reality technology. So, if you are planning to do something like this shortly, or you are just interested in learning some more, you’re more than welcome to keep on reading until the end. Let’s take a look at what you should know.

Real Estate agents and companies are taking things to the next level when it comes to sales and presenting their customers with the looks of their new homes. Imagine how difficult it was in the past to purchase a home without knowing how it will look or feel like while you’re inside. Well, you can say bye-bye to that, because in 2022 these real-estate companies use VR to deliver the most trustworthy and realistic experience to all of their customers.

Of course, you’ll need a professional designer that can replicate the looks of the home into a 3D environment, but that’s not too difficult to find these days, since this technology attracts tons of young and enthusiastic creators from across the world.

We’re not sure whether something like this exists yet, but if it doesn’t, this is your chance to make a lot of money. If you give people the chance to do sports in their own home on a running track but allow them to feel the thrill of it like it is in reality, you’ll have a very successful product. Now, this is not easy to do, but such an idea in the right hands of an investor can be world-changing.

The entertainment industry will never stop progressing, and by the looks of it, it’s headed into the same direction where the VR technology is. We already have video games in Virtual Reality, but that’s still not as common as we would like it to be. It won’t take long before it becomes the standard though, and if you don’t want to miss a thing when it comes to VR-related news, eeist.com is a website that keeps their users updated on Virtual Business at all times.

In a time where people are forced to stay at home due to the global pandemic outbreak, giving them the chance to feel like they’re doing sports outside is truly a blessing, and one of the best ideas that we’ve heard about so far.

Cars are quite expensive these days, especially the most recent versions that contain all sorts of gadgets and smart functions. So, before you purchase them, it’s great to try them out, right? Well, yes, but what happens if you live in a country where that car is considered a foreign and is still unavailable for a test drive. Or, maybe you’re interested in investing, or just trying out a prototype before it releases on the market. For all this, Virtual Reality is the answer.

A system of this type can boost the sales of many car companies by quite a lot, which is why we think that it’s a very solid idea if you can somehow make it happen. Chances are that some people are already working on a project like this, but you can always be faster than them with enough effort.

When this technology was first introduced, video-game enthusiasts went crazy. When it comes to business, the video-game industry is booming at the moment, and a lot of experts say that it’s going to surpass the movie industry just a few years from now. Video games are like a better version of movies because you get to be one of the characters. This greatly enhances the feelings and emotions you get when being presented with such content.

You can make all sorts of simulators in the form of a video-game that people will buy, and it’s a great business idea overall. For example, a lot of pilots use plane simulators to learn the basics of flying an aircraft. The same thing goes for racers. They practice in Virtual Reality on simulators that allow them to increase their real-life driving skill while eliminating the danger of being hurt, or even worse.

Last but not least, if you are renting a luxurious hotel or a villa, for example, you can implement a virtual reality system that will allow all of those who book a room to experience the looks, feel and view before paying. It’s a costly investment, but it’s going to bring you a lot more in return, which is why it’s a business investment in the first place. The tourism and hospitality branch will have this shortly, but the real question is who’s going to make it happen first.

Technology never stopped evolving, and in the past couple of years, it evolves at a pace that’s difficult to follow. We cannot know what’s going to be our reality in the future, but we’re pretty sure that most of it will be virtual. 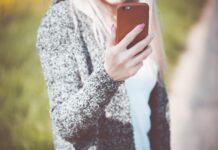 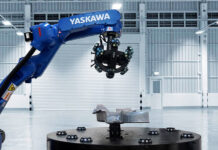 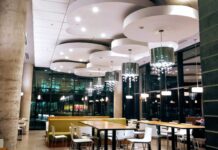 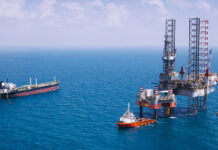 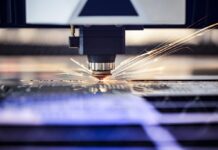