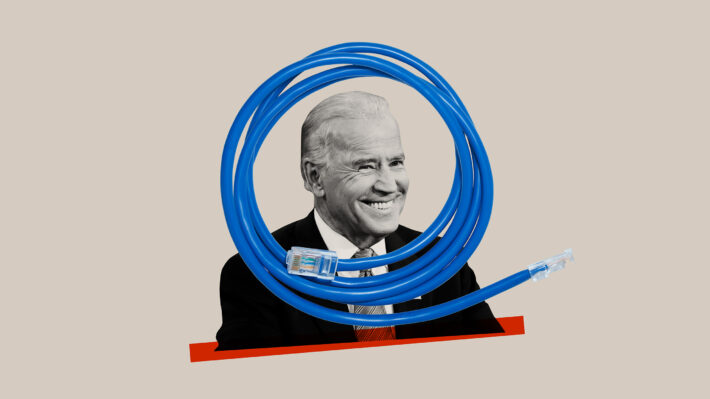 It’s no secret that broadband internet access in the United States is downright atrocious compared to other developed countries around the globe. In the United States our internet is much slower, more expensive and on top of that we have less options to choose from. All the while basic broadband internet access doesn’t reach millions of Americans that choose to live in rural and remote areas.

This is embarrassing and simply unacceptable. Our lack of basic internet access has been a top issue for many years and finally someone is planning on doing something about it; President Biden and his $2 trillion infrastructure initiative. According to servicereviews.org, This infrastructure includes everything from repairing roads, to rebuilding schools and overhaul the country’s aging water systems. The Biden administration recognizes that for our people to thrive here we must make better investments in our infrastructure that has long been neglected into disrepair. While all these investments are extremely important to the citizens who live here, one that really caught our eye is the $100 billion set aside to build more high speed broadband networks throughout the country. The details are still being sorted out, but we’re hopeful that this expansion is not just in urban areas where higher speeds and more internet options already exist.

According to golatinotv.com, A lot of the details are left out of the policy, but this $100 billion is to get all Americans connected to high speed broadband internet. Today it’s up to individual private internet and TV companies to improve and expand the service area of their services. Unfortunately there’s little incentive for private companies to expand into less densely populated areas because it’ll take them longer to get a return on their investment if they see any at all.

With this new infrastructure plan that is to take place as part of an eight year plan specifically refers to high speed internet as the “the new electricity” that is a necessity for all Americans to have access to. This is particularly interesting because it’s a clear reference to another legislation back in the Depression era called the Rural Electrification Act that extended electricity services and power lines to farms, small towns and rural communities. The US government was very involved in that process and is not anything like any of the FCC initiatives like the Rural Digital Opportunity Fund that just hand out money to broadband networks to defer their costs to build out their service areas further.

According to Pew Research Center 93% of American Adults use the internet, up nearly twice the amount in the early 2000’s with these stats expected to only increase from here. This isn’t surprising since adults don’t pay bills, apply to jobs, or even read the news by paper anymore. Ensuring all Americans have access to high speed broadband internet is important because it is essential for Americans to complete everyday tasks like work from home, learn remotely, keep in touch with their loved ones and stay up to date on current events. The digital divide and lack of high speed broadband access severely limits how successful Americans will be. It limits students ability to complete school work and adults from higher education and high income work opportunities.

Approximately half of the US population is worried about how they’re going to make ends meet and continue paying for their internet and cellphone bills over the coming months with the COVID-19 pandemic showing little signs of slowing down. Even though the $100 billion high speed broadband infrastructure proposal isn’t a quick fix that’ll arrive within the pandemic, it will provide more stability in the future.

The Internet is expensive compared to other developed countries and it shouldn’t be. In the United States, Americans can expect to pay from $19.99 a month to $299.99 a month for internet service before taxes and lease fees and not all internet is treated the same. The cheaper more affordable options are so slow that the FCC doesn’t even consider them to be high speed broadband internet. With more and better internet options, the cost of the internet will come down with more competitors in the broadband market. All families should have access to low cost internet service, not just those who qualify based on income or other federal assistance programs. They also shouldn’t have to choose between putting food on the table or having internet access for their family.

How Will The US Pay For Such An Expensive Investment

$2 trillion is a monumental amount of cash that most Americans can’t wrap their heads around, but where is it all going to come from? The plan is a complete tax overhaul commonly called the Made In America Tax Plan. In the plan large corporations are finally going to pay their fair share of taxes and will end common loopholes they take advantage of like utilizing tax havens and incentives to place their investments in other countries. Here’s what in the Made In America Tax Plan:

7 Tips On How To Write A Top-Notch Dissertation 2021

Can You Change Health Insurance at Any Time?

5 Coast To Coast Moving Tips for Beginners in 2021

How to Successfully Plan Your Dream Career and Goals – 2021 Guide

4 Reasons for Late Selling Your House

Дмитра Врачарић - May 9, 2021 0
Well, isn't it strange that your house is still not selling out? Don't you think it's weird that you don't have any potential buyers...

What Level of Radon is Safe?

When Do You Need Roof Repairs?