Every craftsman has a workplace. It’s a space where they can utilize all the tools and instruments that are needed. It ensures the most productive and comfortable experience. Each profession has its own particular “workplace”. For developers, it appears in the form of IDE – Integrated Development Software.

Basically, it’s the software that is aimed to allow developers to write code in the easiest and the most comfortable way. They contain many basic features:

Yet, those above are only the bare minimum. So, many IDE’s have their own unique features to distinguish themselves from the competitors. And if you’re not planning on using Develux to hire professional web developers, you’d want to choose the right software for all your needs. So, we made a list of the 10 best IDEs.

The first thing that you need to know about Visual Studio Code is that it’s different from Visual Studio. That’s right, they’re not the same program. However, while not being exactly the same, they still share many features.

Visual Studio Code is the most popular and one of the conventional development software out there right now. Unlike its older sibling, Code is completely free and perfectly fulfills any of your coding needs. It supports all the popular coding languages and has many useful features, like automatic code completion.

Another great example of a free IDE for web development. Eclipse is an open-sourced program that has not only every tool you need but also countless plugins. Some innovative JavaScript developing utilities are present too. And the most impressive thing about Eclipse is the list of contributors. It contains many well-known names like Google and Netflix.

It is a premium IDE with tons of interesting and useful features. Auto-complete option for the code, unit testing, visual debugger project management tools, and countless others. It delivers a decent programming experience and is worth the price.

But if you’re not sure whether you can afford it, there’s a free version – Komodo Edit. It doesn’t have all that progressive stuff, but can be still easily used for coding. After all, you can use it as a sort of test-driving for Komodo.

If you’re reading this article, you probably know what GitHub is. If not, then you absolutely must check out this platform as soon as possible. Atom provides the best JavaScript experience in terms of customization and accessibility.

There are plenty of themes to choose from, along with an even bigger amount of available tools. If you don’t feel like the tools correspond to your needs, you can make your own one too.

Creating a program or even a whole project in one window isn’t a problem for Atom. And cloud synchronization ensures that all your files are always safe and accessible from any platform.

One of the best IDEs on the market and probably the most flexible one. It’s a constant rival of Microsoft’s Visual Studio Code. No wonder, as it’s fast, reliable, and has everything you would expect from a top IDE for website development.

The flexibility of it lies in the configuration that can be adjusted easily. Things like macros and snippets can be implemented for much comfortable coding.

Any list of web developing software can’t be complete without NetBeans. It’s one of the oldest ones on the market. Don’t think that it’s outdated, though. NetBeans is constantly updated and improved, as it’s still one of the best programming software. An easy-to-use interface and multiple editing tools are there for all your developing needs.

Also, it supports Java 8 technologies, meaning you’ll be able to test all this new stuff and innovative techniques. What’s also great is the availability of many languages. Not programming ones, though. Sometimes, it’s crucial to find a program that can be utilized in your native language.

As you could guess from the “Py” part, PyCharm is aimed mostly at Python programmers. Yet, it’s not limited to only this language by any means. JavaScript, Node.js, HTML, and CSS are still available here. The thing is though, the paid version is more preferable among users. Many of them complain about the free PyCharm software, calling it clunky and buggy.

This Java-centered IDE is a must-have on the list. It’s often called the best editor for web development in JavaScript. Its auto-complete engine surpasses the competitors’ ones. And the feature of automating certain processes removes the need to spend time on tedious repetitive parts.

Also, being focused on Java doesn’t mean it can’t deal with other languages. SQL, JPQL, AngularJs, and many others can be used too.

Just like real-life ruby mines, this software allows users to extract all the gems from it. As said in its name, the best language it can be used for is Ruby. Of course, it has support for other ones.

However, for Ruby developers, this is the go-to option while searching for a perfect IDE. And just like many programs on this list, it has progressive features like auto-complete or automatic refactoring.

The concept and benefits of this program lie in the most basic thought of the developers. While all other programming environments provide only text-based coding, compiling, and debugging, Light Table offers something else. It allows users to code on a real work surface.

That means you’ll be able to receive a much complete picture of how everything works. And it gives even more opportunities in terms of adjustments and replacements. Light Table can show you anything you might need, not only text code.

As you can see, there are plenty of IDEs for web development. Some offer innovative stuff to attract users, while others focus on making the basic coding principles as easy as possible.

Also, many of them share at least one of the most popular programming languages. It means that those can be used not only for web development but for other types of programming too. So, come up with a list of your personal requirements and make the best choice for yourself. 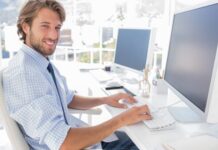 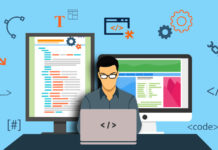