Home Celebs Did You Know Bernipk Hides Some Messages in His Videos? 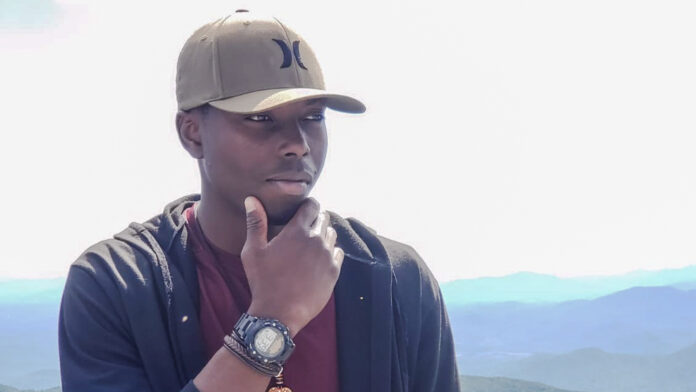 Bernipk (Samtu Palouki) is an American Soldier, comedian, actor, director, and a rapper that always impresses his viewers with the creativity and the virality of his content. He’s made over 18 million views with hilarious videos and catchy short films shared on his platforms. But did you know he hides secret messages in some of his videos? 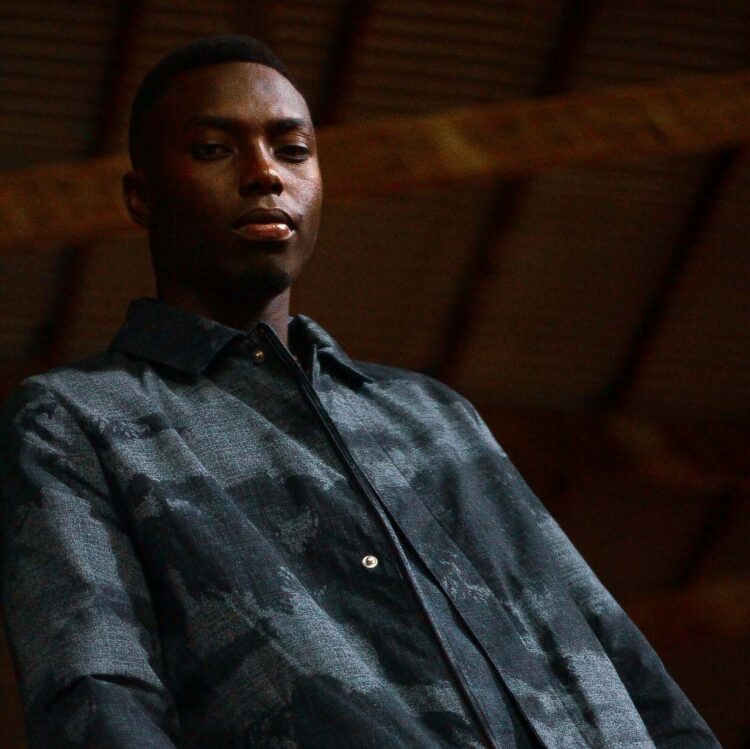 Born and raised in Lome, Togo, Samtu Palouki moved to the US in 2017 at 18. Having an urge to become independent and get rid of his introverted personality, he decided to join the US Army 6 months later. After remarkably passing the Basic and Advanced Individual Trainings, he was assigned to the 10th Mountain Division in Fort Drum, New York. But he quickly realized the soldiers around him were depressed due to the lack of entertaining activities. So, with no prior experience in video editing, he decided to start making and sharing funny videos on social media from the comfort of his barrack’s room, using his phone to record and edit.

In May 2018, He shared a fifteen-second video on his Instagram account that went viral in just a few minutes. Tyga and Destorm, two famous singers and comedians, even remade it. After his content’s success, he released some short funny videos that drastically increased his numbers on his Instagram and Facebook pages.

But in August 2019, Bernipk took another turn. He found a passion for Filmmaking. He released “The Room Inspection,” his first-ever movie written, directed, recorded, and edited entirely by himself. Just four months after his first one, he came back with a very emotional eight minutes long short film called “The Last Call: World War III.” This movie made 1.6 million views on his Facebook page. I highly suggest you have something to wipe your tears when watching it. He also released “The Deal” two months after, a lot more in the following months, and even managed to get the commanding General of his unit in one of his videos about Coronavirus. He’s been featured in the AUSA magazine and is considered as one of the USARMY influencers.

Now that you know who Bernipk is, let’s focus on the main subject, the messages he hides in some of his videos.

The first one we’re going to focus on is “A Night At Oscars,” a video he made to celebrate the 100 thousand followers on his Facebook page. He mentioned that he played three characters easy to find in the description, but there was a fourth one hidden.

” I played three characters easily noticeable, but there is one hidden somewhere. Just write in the comments what he is doing when you find him, don’t give any clue and don’t mention anyone. Keep it a secret! ” – Bernipk

I’m sure no one even bothered to look for it. But no worries, I’ll take care of this one. The three characters he played were the award winner, the host, and the manager. If you pay close attention to the scene right after his manager finishes clapping, at exactly 2:32, you will see the fourth character, a person on the podium, on his knees, with a camera in his hands taking pictures of the award winner.

It is hard to notice because the clothing color matches perfectly with the podium, and the scene only lasts 2 seconds. I will assume it is his way of telling us he does all the work by himself.

Next, we will pay attention to a piece of detail in the short film “The Deal.”

After calling his boss to tell him the mission was over, theHatBoy received a 16 digits code that would take him to the drop off location. Here is something you don’t know about that code. If you type the numbers in Google Maps, you will get the exact position where the HatBoy was standing at with the driver to exchange the bags. Check it out by yourself and compare it to the scenes. On YouTube, you will find the digits at 07:46.

We’re going to talk about one more thing, the last detail that shows Bernipk is somehow very mysterious. 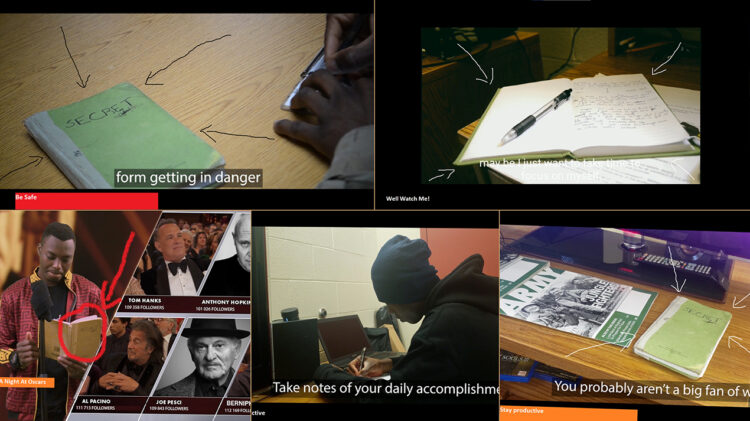 Let’s take a look at these following videos, “Well, watch me!”, “Be safe out there,” Stay productive” and “A night at Oscars.” Did you find anything that looked similar in each of them? No? Let me help you out.

In “Well, watch me!” he talked for a particular amount of time, then started writing in a green book. In “Be safe out there,” he was on duty filling out some paperwork, but on the side, there was a green book in which he started writing in. In “Stay productive,” when he mentioned the importance of taking notes while in quarantine, he took his notes in the green book. Finally, in “A Night at Oscars,” he read the name of the winner from the same green book, and if you paid close attention to all the scenes, you would notice that the name of the green book was “SECRET.”

Why? One thing we’re sure about is some of his scripts are written in the book, based on the videos he shared. Maybe, he has an agenda for the next five years with a list of secret ideas he is planning on sharing with us, no one really knows for sure.

In his most recent video, Bernipk announced that he could be absent from social media for two or three months to work on a new project. So far, he doesn’t give any update, but his fans assume he is preparing a short film, and they might be right. We also know he is working on a fundraiser to support the production. It looks like he is taking things very seriously now.

While we’re waiting on the mysterious star to show up, you can take a look at his pages across social media, Facebook, and other networks with the same username @BERNIPK. Hasta la vista!

Дмитра Врачарић - October 24, 2020 0
Casinos are so much more than it meets the eye. The effort the management puts in and the tactics they use to make people...

5 Benefits of Hood Cleaning Services for Businesses and Restaurants

8 Tips for Planning an International Move in 2020