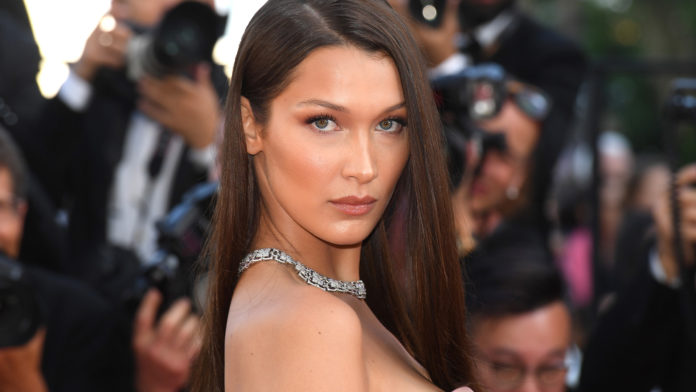 Two sisters are among the most famous and highest-paid models in the world in the last decade. Of course, we think of Gigi and Bella Hadid. The two, although quite young, managed to attract the attention of the world’s most famous fashion brands and various companies with their beauty.

Their careers so far are truly amazing. Gigi has been in the modeling world since 1997 when she was just two years old. She then collaborated with Baby Guess.

However, although Bella began her modeling career long after her sister, in 2012, she was able to achieve successes almost equal to Gigi’s. That’s really impressive, so today we decided to dedicate the following text to this gorgeous lady.

Below, you will be able to find out some details about her early life, career and successes, as well as her net worth. So, if you’re ready, let’s get started.

Isabella Khair Hadid, better known as Bella Hadid is an American model. This lady was born on October 9, in the year of 1996 as one of three children from the marriage of Mohammed Hadid and Yolanda Hadid. Her father, Mohamed Hadid, is a well-known real estate developer, while her mother, Yolanda Hadid, is a former model.

As mentioned earlier, Bella has one sister, Gigi, as well as one brother named Anwar. All three are fashion models. Also, Bella has two half-sisters, Alana and Marielle, who her father got from his marriage to Mary Butler.

Although Bella was born in Washington, D.C., she grew up in Los Angeles, as did other sibling. In her teens, Bella had a dream of participating in the 2016 Olympics, but due to chronic Lyme disease, her dream could not be realized. Instead of a sports career, she enrolled at Parsons School of Design where she studied photography for a while.

However, before enrolling, she got an engagement from IMG Models, which is why she decided to quit school and turn to a modeling career.

It is also interesting to note that she has been dating the popular singer The Weeknd so far.

Bella started her career as a model pretty early. Specifically, at the age of 16, she was involved in the Flynn Skye project, and a little later on Swan Sittings, Smoking Hot as well as Chrome Hearts projects during her early years in the modeling world.

Her big rise began in late 2014 when she collaborated with Desigual, a fashion brand from Spain. In 2015, there were collaborations with world-renowned brands such as Tom Ford, Moschino, Bottega Veneta, Balmain, Chanel, Missoni. In addition, during 2015 she collaborated with famous fashion designers Jeremy Scott, Diane von Fürstenberg, Marc Jacobs, Philipp Plein, etc.

Of course, it is especially important to highlight the numerous editorials for Vogue because Bella set the record when it comes to the number of Vogue September covers in just one year.

We also have to say that she often collaborated with her sister Gigi Hadid on various projects. Bella is also an ambassador of luxury brands Bulgari and TAG Heuer.

Considering the numerous collaborations with the most famous and prestigious fashion designers and brands in the world; it is not difficult to conclude that Bella Hadid has made a fortune so far. True, this 23-year-old model is indeed among the most successful in the business.

However, how much is her net worth? According to recent estimates, this gorgeous young lady has a net worth of $25 million.