Home Vehicle Are Electric Scooter The Future Of Commuting 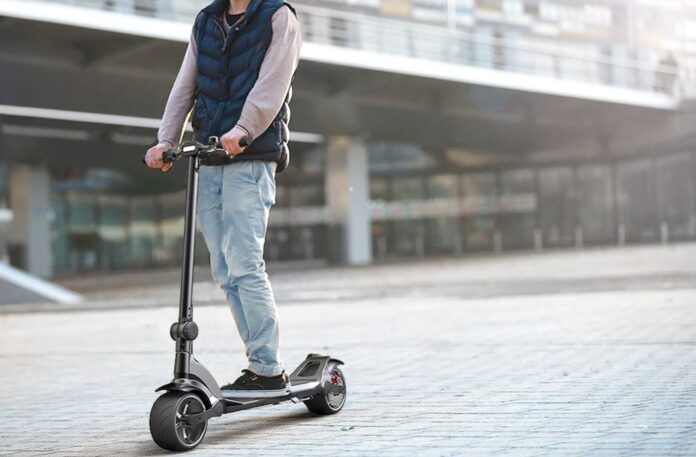 If you were to ask the question ‘Are going to ride your scooter to work?’ just a few years ago, you’d probably get a strange look, rather than a straight answer. No one could see just a couple of years ago that something that we used to ride as kids would eventually end up being a viable transportation method. Granted, it’s not the same thing that used to chop-kick kids’ ankles, but it’s very similar. The only difference is, you don’t have to pedal to get from point A to point B, this vehicle is battery powered.

Is calling it a vehicle taking it too far? Well, as the literal definition of the world vehicle is the ‘a thing used for transporting people or goods’ – then no, calling a scooter a vehicle isn’t taking it too far. But, is it a viable transportation option? Could it be the one thing that revolutionizes the way the inner city traffic works? Are the flying, levitating cars we dreamt of in the past actually just battery-powered scooters?

There are many questions surrounding this e-scooter craze that’s going on right now. On top of all that, you have two fractions of people – the ones who wholeheartedly love these machine and the others that lose their mind when they see them. To be completely fair, both parties have some viable arguments and we’re going to talk about some of them. We have to cover a lot of ground (no pun intended) if we want to find an answer to the question – are electric scooters the future of commuting?

Who Can Benefit From These Oversized ‘Toys’?

First of all, let’s take a look at those who love these machines. The rise of the popularity of the scooters has a lot to do with those who use them. They are not made and advertised as toys for children. They still appeal more to the younger demographic, but not quite as young as they used to do. They are mostly used by students for riding around campus or for young working people who use them to easily travel to work.

When it comes to students, it’s easy to see the appeal of these vehicles. You don’t have to run to class or get up extra early just to make sure you’re not late. You can’t ride a motorcycle or a car through campus. Even if you live outside of campus, you’d have to travel by car to the campus and then walk the rest of the way and we know that campuses can be quite big. Sure, you could ride a skateboard or perhaps a bike, if allowed, but riding an e-scooter is less physically straining. You just have to stand straight and roll around. Driving a bike or a skateboard can get a little sweaty, it’s a physical activity.

Now, what about those who commute to work and live in the city? Aren’t cars, public transport such as busses or metro enough? What about taxi or an Uber? Bicycles are also a good way to get around town. Well, all of that is still true. However, there are certain drawbacks to all of the above.

Can They Replace Cars?

First of all, if you live in a major city, traffic is often horrendous. Traffic jams are more common than open roads, especially near the city centre or areas where there are a lot of companies or businesses in general. That can significantly affect how much time you lose every day sitting in the car, waiting for the traffic to clear out. On the other hand, if you’re on a scooter, even with the top speed of 20 mph – you can avoid traffic jam and arrive sooner.

Now, there are people who are very vocal about how e-scooters are a traffic-hazard and they shouldn’t be anywhere near roads. They often complain about how silent they are, how easily you can fall from it and more. Those are some valid points, however, if they would learn more about them, they could see the benefits as well.

We’ve talked about cars – but, what about the metro or other forms of public transport? To be completely honest, in the midst of the global pandemic, I think a lot of us are looking for alternatives to public transportation. Sure, it’s relatively cheap and convenient to ride the bus or a train, but on the other hand, there are just too many people in there. Riding solo kind of beats any bus or a train, even if you’re riding solo on an e-scooter.

Are They Good Enough For Out-Of-Town Commutes?

Now, that’s all fine and dandy if your commute is inner city and less than 3 or 4 miles. But, what about the 50-mile long commute? You couldn’t possibly ride a thing that goes 20 miles an hour in that case. In that case, a car and a scooter could come in handy. Let’s say you travel 50 miles every day. You live in a small place outside of the big city and you work in the city centre. In that case, you could drive to just outside of the crowded part of the city, find a parking spot and ride the scooter the rest of the way. Parking should be easier to find and you should avoid a traffic jam.

Another thing that works in the favour of these battery-powered vehicles is that they are as eco-friendly as they can possibly be. No emissions of any kind. It’s just as riding a bike only way less tiring.

When you take all of it into consideration, it’s hard not to see these things as the future’s most popular option for commuting. They’re practical, cheaper than cars, eco-friendly and virtually everyone can operate them.

Of course, we’re a long way from that. Scooters are illegal in some countries, so that’s a bit of a problem. Even in places where they are legal, it’s kind of hard to place them. They don’t really belong on the road, but then again, they don’t really belong on the sidewalk as well. So, there are a few things that need to be addressed first, but it still looks like the future for these things is bright. 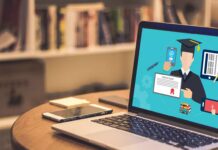 How e-Learning Is Transforming the Education Sector 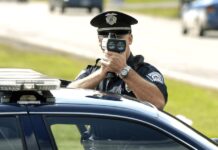 5 Laws Anyone Facing a Speeding Ticket Should Know 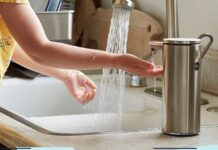 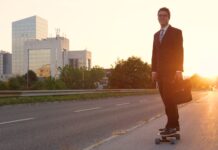 9 Reasons to Switch to an Electric Skateboard for Your Commute 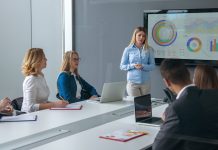 7 Tips for Giving a Fantastic Presentation for 2022 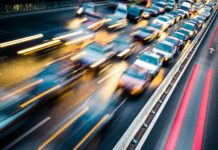 6 Ideas to Help You with Traffic Management