The so-called war between operating systems drives out their popularity. Both are trouble-free, good for work, and smooth processing—it’s impossible to tell which one is cooler.

So, the only way left is to choose an OS that fits particularly for you. This article includes the main advantages and disadvantages of two systems for you to make the best choice.

To begin with, Android runs on the base of an open-source Linux system. That means everyone with decent knowledge in coding can make and distribute add-ons for it. You can modify Android with these extensions without even being a professional.

Android develops quickly, thanks to the huge team of professionals and amateurs. Not to mention dozens of smartphone companies that use it natively: Samsung, ZTE, Xiaomi, HTC, Pixel, and others. Based on the Android code, they create useful perks like split-screen, swipe screenshot, private space, or face ID.

A competitive atmosphere among companies results in a high amplitude of prices. The system is available in low-price and expensive variants, depending on the display size, quality of the picture and camera matrix, water and shock resistance, storage, and innovative technologies.

Since Android is sponsored by Google, it has pre-installed useful Google apps and Assistant. Though, if you don’t want to use them, you can install and set as default any other extension from Google Play. It could be even the system launcher!

This OS gives you direct access to its folders. For advanced users, it means freedom in personalizing their phones. For everyone, the function allows sending to and receiving from the trusted devices all kinds of files via USB, Bluetooth, email, or another sharing tool.

If you’ve run out of free storage, you can always buy a low-price microSD with gigabytes of free space. Or you can send files to the clouds of Google, Amazon, Dropbox, or OneDrive. Google Cloud gives you 15 GB for free, and Google Photos will back up an unlimited amount of your photos.

Another great feature of Android is multilingualism: it has over 100 languages to choose from.

Despite Google Play checking apps for viruses every day, there were rare incidents. The risk of you downloading malware is extinct when you use necessary apps only, but it’s recommended that you clear the phone from what you don’t use.

Also, Android saves apps you’ve opened, running them in the background. If you forget about wiping the queue, they will drain the battery in no time. Battery saver options with reminders can help you to avoid it.

With a new phone, you get lots of third-party games and apps you’ll never use. And sometimes, you just can’t remove them without help of specialists of Buyessayfriend.com. Side add-ons that unlock Administrator rights will help, but if you root your phone, you’ll cancel the warranty. System updates could also force you to install several applications, but those you can delete at least.

As for system updates, it’d be better if you check them once a month personally, because they may not install on your device in time.

It starts with a stylish metal coating. iOS is an Apple invention no other company can possess. It’s a closed family with perfectly established relations among the devices of the series. You can share anything from photos to the Wi-Fi password.

Apple is perfect for work, and it developed its own functional apps. In AppStore, you can search for more author extensions and third-party apps. The last ones undergo a strict malware-check process that may last for weeks.

To save space and battery life, the system automatically detects apps you don’t use and deletes them. To free more space, you can load your media to iCloud, which provides 5 GB for free, or use Dropbox, Google Drive, OneDrive.

iPhone is clear from the start. It has no extra content, only essential original applications. It cares about your battery, adjusting settings for longer life and faster response of your device. This is a highly isolated system, so virus intrusion is nearly impossible.

Any website, book, or document you’re reading is fluid, i. e. it’s automatically sized to fit your display. No need to drag the text from side to side.

The system updates all devices at the same time. As soon as your old iPhone is supported, it will get a modern iOS version.

iPhone can translate your launcher perfectly in over 40 languages.

As a bonus, you can buy stylish original cases, MagSafe chargers, and leather sleeves to customize the external look of your smartphone. Don’t forget about Apple Watch, MacBook, iPad, and Apple TV linked closely for your work and entertainment.

Bad news for customizers: iPhone obscures directories from its user and maintains a single launcher style. Though now it can set as default some side apps like keyboards, the system gives up reluctantly. Several applications cannot be substituted completely.

You can’t expand your storage with a microSD. You should pay an extra amount for more gigabytes, but the price is half of a phone. Another alternative is storing your files on iCloud.

Someone may find it frustrating, but iPhone no longer supports wired headphones in favor of AirPods.

When choosing a system, operate your mind and current budget. Weigh the strengths and weaknesses of Android and Apple, comparing them to your expectations from the future smartphone. The last thing you need is listening to users who predictably support their operating system. Android and iOS are good in their own way, so be sure your choice will satisfy you. 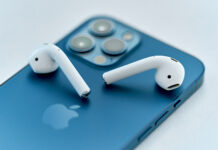 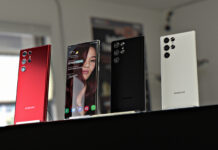 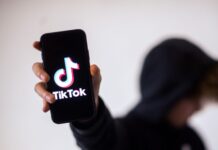 How to Download Tik Tok Videos to Your Own Devices? 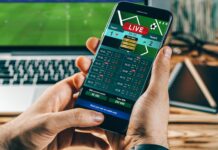 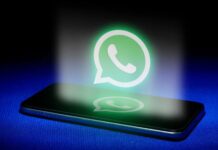 How to Transfer WhatsApp Messages From Android to iPhone – 2022 Guide 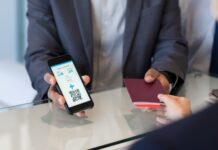