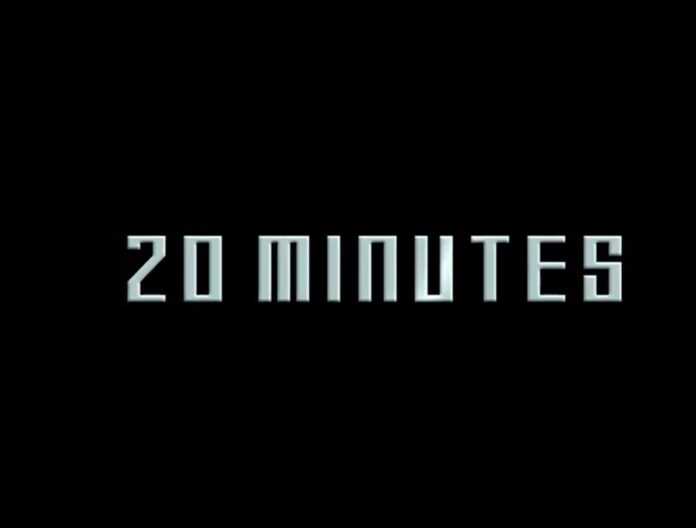 Have you ever stopped and thought to yourself “What would I do if I only had twenty minutes left to live?”. If you haven’t, a movie called “20 minutes” might make you wonder how it would be like and what you would do in such a situation. The plot revolves around 9 people discovering that they only have 20 minutes left to live because of an incoming ballistic missile heading towards Hawaii.

The movie was entirely shot in Hawaii and according to the director Tim Chey, it really causes people to think about that ultimate question – “If I knew that I had less than an hour to live, what would I do?”. For many people, this is a question that they don’t have an answer to and although many keep thinking about what they would do, it’s quite impossible to think of an answer.

If you’re thinking about watching this movie, you should know that it’ll cause you to question yourself many times over, as the 9 characters in this movie do. And, if you’re interested in learning more about the movie, filming, as well as characters featured, this article can help. Let’s take a closer look at what you should know about this masterpiece coming from Tim Chey:

As we already mentioned, the movie revolves around the events that take place after 12 people discover that they only have 20 minutes left to live. Now, this might sound familiar since the story was inspired by the 2018 events where the people of Hawaii received a ballistic missile warning.

These events didn’t only cause panic, but it prompted a lot of individuals to think about their destiny and general life. These false warnings made the headlines all over the world, and they were also featured on various news stories coming from CNN, Yahoo, Fox, BBC, as well as many other news outlets from around the world.

There are various character stories that you’ll follow through the movie, and as the countdown to the missile attack starts ticking away, each of the scenes is shot in real-time, which means that the clock really starts ticking down from twenty to one minute left until the strike. Of course, the director chose to add some flashback scenes to the mix since if he didn’t do this, the movie would truly last for 20 minutes.

The characters that you’ll get to know during the movie include an Afro-American militant and a white nationalist, a liberal Democrat and a conservative Republican, a Believer and an atheist, as well as a Native Hawaiian and a Japanese billionaire – all of whom are trying to find shelter and refuge as the ballistic missile approaches the country.

As you can see, there are some really big differences in the lives and beliefs of each individual in the movie, however, the entire story has an interesting point – no matter what background, race, nationality, or faith each of them have, they all manage to come together at the end of the movie, which might cause you to get tearful a little bit.

Tim Chey, the director of the film was visiting Hawaii in 2018 when 1.5 million people received a false alarm of a missile approaching the country. This has made him realized, as he stated later on, that when it comes to dying, there is nothing more insignificant in that moment than money, race, nationality, beliefs, and so. And, this is exactly why he decided to direct this movie.

The performance of every single actor and actress is magnificent. And in a way, you start caring for every single character, their destiny, as well as their life stories as the missile slowly approaches the nation. What really makes this movie different is that the director took some time to introduce each of the individuals, and he also successfully managed to intertwine their stories together.

Keep in mind, the movie is completely emotional and people who already saw it claim that they have never watched a more emotional movie. In one of the reviews, a viewer mentioned that “20 Minutes” is the only movie that has made them cry in their entire life, hence, prepare yourself for an emotional rollercoaster.

The Charm is in How it Was Filmed

One of the best things about the movie is that it was shot in real-time. What does this mean? Well, as mentioned, since the moment the characters receive the incoming missile warning, the clock starts ticking from 20, all the way to 1 minute left on the clock. Of course, the director had to add some flashback scenes in order to make the movie longer, however, this only adds to the entire viewing experience as it allows people to learn more about the background of each main character.

The film first hit the big screens at ‘Fox Studios’ in Los Angeles, but, it was also successfully screen at the Cannes Movie Festival. And, since it was a major hit since the moment people learned about it, it was heavily advertised in all mediums including the Internet, newspapers, TV, as well as radio. Tim Chey is one of the best faith-based producers in the United States and he has directed more than 15 movies including some major hits such as ‘Freedom’ starring Cuba Gooding, JR., and “The Islands” with John Savage…

As you were able to learn, “20 Minutes” is a movie about people from different backgrounds, nationalities, faiths, and financial statuses come together and set aside all of their differences in order to be there for one another during the time they’re facing a life-threatening event.

So, now that you’re aware of all the important information about this particular and interesting movie, you might not want to waste any more of your time. Instead, you might want to stream this movie and enjoy the magnificence of the acting, soundtrack, as well as story.